Kevin Federline, Britney Spears’ ex-husband with whom she shares two children, said in a new interview with The Daily Mail that their kids have been avoiding their mother and are embarrassed by her frequent postings of nude selfies.

In a sprawling interview, Federline said Spears’ sons, 15-year-old Jayden and 16-year-old Sean, have chosen not to see their mom in recent months and didn’t attend her recent wedding to model Sam Asghari. While he declined to go into details, Federline said the boys grew uncomfortable with what they witnessed during their visits in recent years. “There were a lot of things going on that I didn’t feel comfortable with,” Federline said.

At the same time, Federline pointed to Spears’ Instagram — namely, the nude pictures she’s taken to posting on her account — as a reason for her children’s discomfort. “I try to explain to them, ‘Look, maybe that’s just another way she tries to express herself.’ But that doesn’t take away from the fact of what it does to them. It’s tough,” Federline said. “I can’t imagine how it feels to be a teenager having to go to high school.”

Spears and Federline married in 2004 and divorced in 2006. The two were initially granted joint custody of their children, but following Spears’ public meltdown in 2008, Federline was awarded sole custody. Soon after, the artist’s conservatorship was enacted — a move Federline said “saved her life.”

“There were so many different things that were happening within a short period of time. It just all came to a head and I don’t think anybody knew what to do,” he said. “How can anybody prepare you?” That said, Federline spoke empathetically about Spears’ father, Jamie, who masterminded the arrangement. “I saw this man that really cared, and really cares about his family and wanting everything to be OK,” he said. ‘When Jamie took over, things got into order. He saved her life.” It’s worth noting that in 2019 Federline filed a police report — and was granted a restraining order — against Jaime Spears after he allegedly got into a confrontation with Sean, who was then 13 years old.

Both Britney Spears and Asghari reacted to Federline’s interview on social media. “It saddens me to hear that my ex husband has decided to discuss the relationship between me and my children,” Spears said. “As we all know, raising teenage boys is never easy for anyone … it concerns me the fact that the reason is based on my Instagram … it was LONG before Instagram … I gave them every thing … Only one word: HURTFUL … I’ll say it … My mother told me ‘You should GIVE them to their dad’ … I’m sharing this because I can … Have a good day folks!!!”

Meanwhile, Asghari said there was “not validity” to Federline’s claims that Spears’ sons were distancing themselves from her. “The boys are very smart and will be 18 soon to make their own decisions and may eventually realize that the ‘tough’ part was having a father who hasn’t worked much in over 15 years as a role model,” Asghari said. “Kevin’s gravy train will end soon which probably explains the timing of these hurtful statements.”

Check out Spears and Asghari’s statements below, and read Federline’s full interview here. 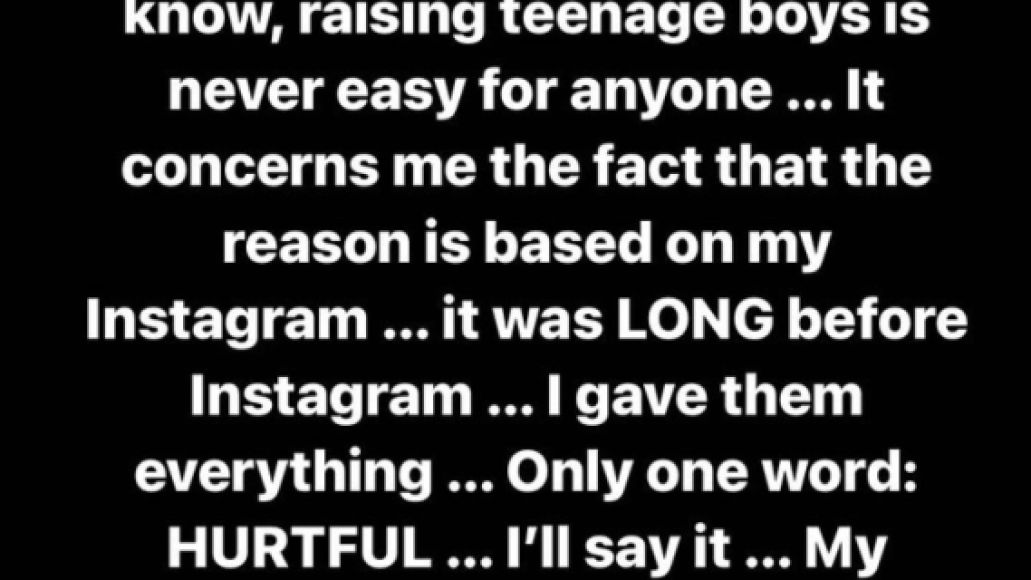 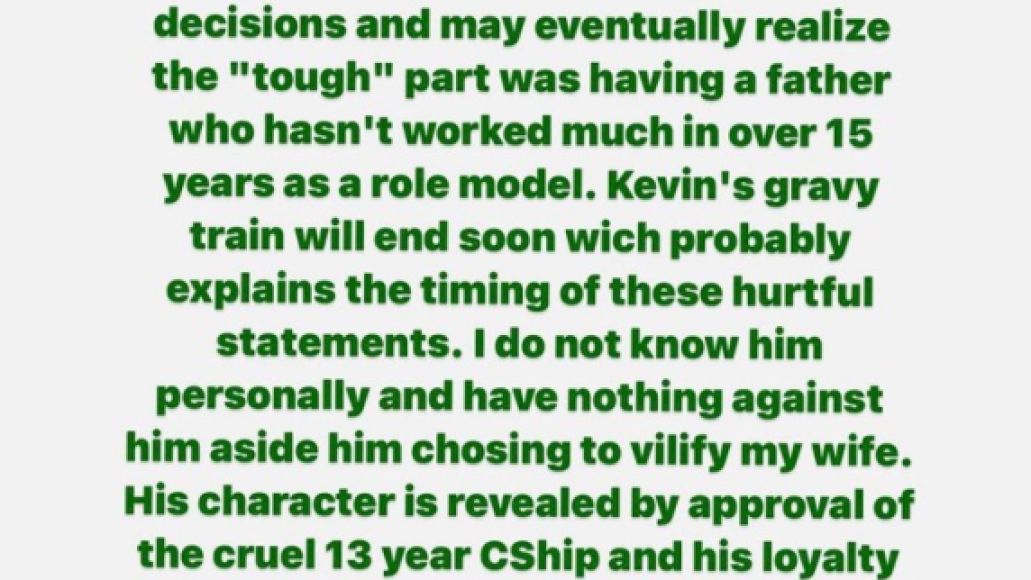 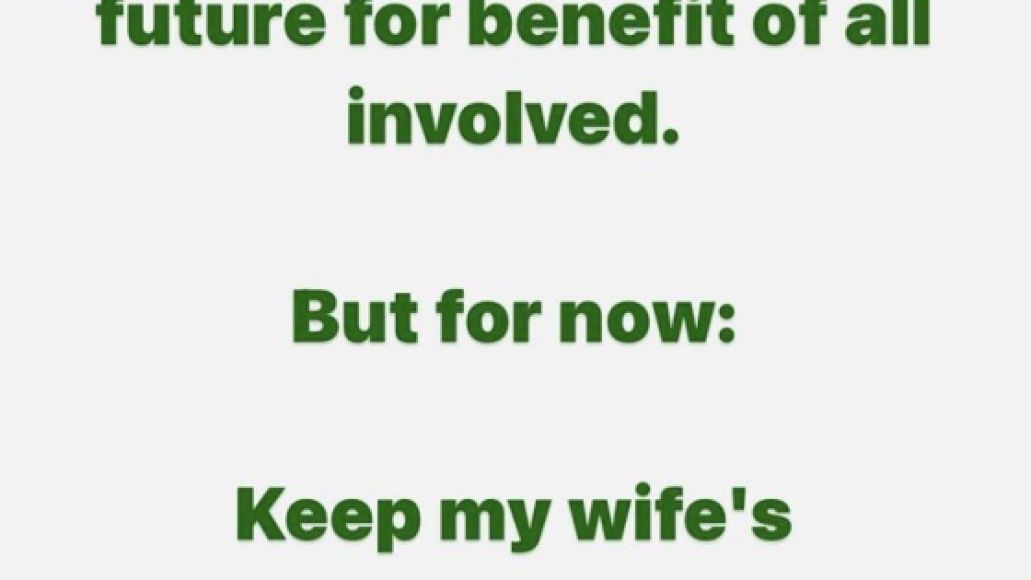