The Pitch: Aboard one of Japan’s rocket-fast Shinkansen bullet trains, speeding from Tokyo to Kyoto at more than 300 kilometers per hour, several sets of hitmen, gangsters, and enforcers are about to careen across each other’s paths.

There’s Ladybug (Brad Pitt), a washed-up assassin with horrible luck and a new Zen outlook, who’s taking on his first smash-and-grab after a job gone bad; Lemon (Brian Tyree Henry) and Tangerine (Aaron Taylor-Johnson), a pair of Cockney enforcers and lifelong besties tasked with transporting a legendary crime boss’ failson (Logan Lerman) back home; Yuichi (Andrew Koji), a yakuza assassin with vengeance on the brain, and The Prince (Joey King), the murderously ambitious teen who has him around her little finger; and several other ostentatious killers like The Wolf (Bad Bunny) and The Hornet (Zazie Beetz) who each have their own targets on the train.

Before long, they’ll all figure out their respective connections, and it’ll be a knock-down, drag-out brawl to see which of them makes it to the end of the line.

Weeb of Intrigue: There are movies that, even as they style themselves as “original” tentpoles that aren’t tied to a superhero franchise or existing IP, are still limp pastiches of a million things that came before. Such is the case with Bullet Train, the latest from David “I co-directed the first John Wick and have been coasting ever since” Leitch, adapting an otherwise sly novel from Kōtarō Isaka (with screenwriter Zak Olkewicz) into a candy-colored mishmash of self-satisfied gags and occasionally diverting action.

To its credit, Bullet Train lets you know exactly what it is right from the get-go: It introduces its characters with garish neon title cards showing the English and Japanese spellings of their names; Pitt’s Ladybug is first seen strutting to a Japanese cover of The Bee Gees’ “Staying Alive.” Elisabet Ronaldsdottir’s frenetic editing whip-cracks us from other character intros to fourth-wall-breaking rundowns of their murderous exploits, like when Lemon and Tangerine try to break down the sixteen (or is it seventeen?) body massacre they just committed earlier in the day. (It’s all very cheeky, don’t you see.) It’s intermittently entertaining, as we struggle to figure out just how all these disparate storylines will merge across the various sections of the train. 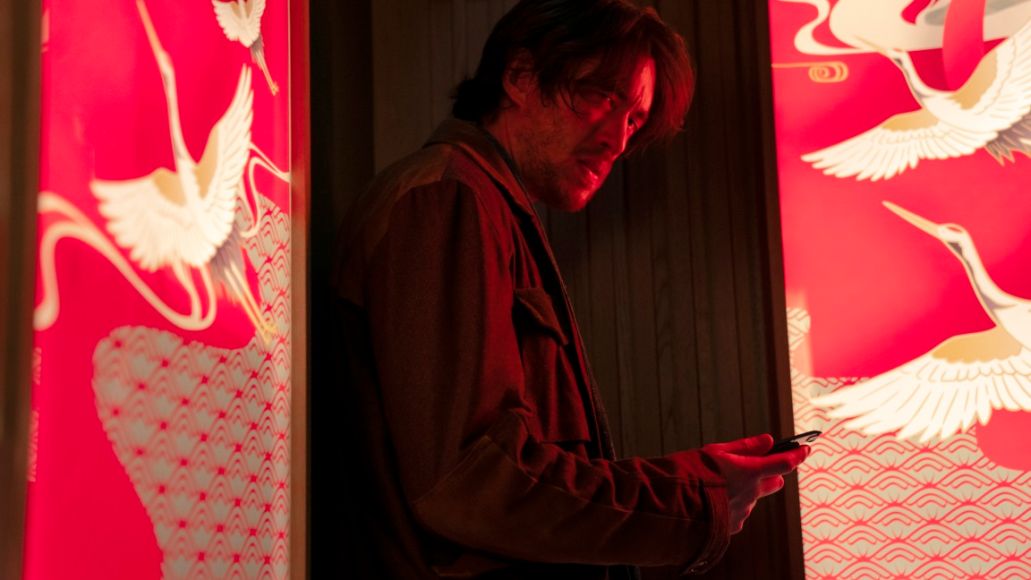