Each show will feature a live performance of Goblin’s score set to a screening of the film. Afterward, Simonetti and co. will return to the stage for a greatest hits set of Goblin material alongside clips of the songs’ cinematic counterparts.

The tour kicks off in late October with a pair of shows in Kansas City, Missouri, and runs through the middle of December. Notably, Claudio Simonetti’s Goblin will play two nights at the Stanley Hotel in Estes Park, Colorado — a.k.a. the inspiration for the Overlook Hotel in The Shining.

Simonetti will be joined by a touring lineup of Daniele Amador (guitars), Cecilia Nappo (bass), and Federico Maragoni (drums).

Tickets to select shows are available to purchase via Ticketmaster. 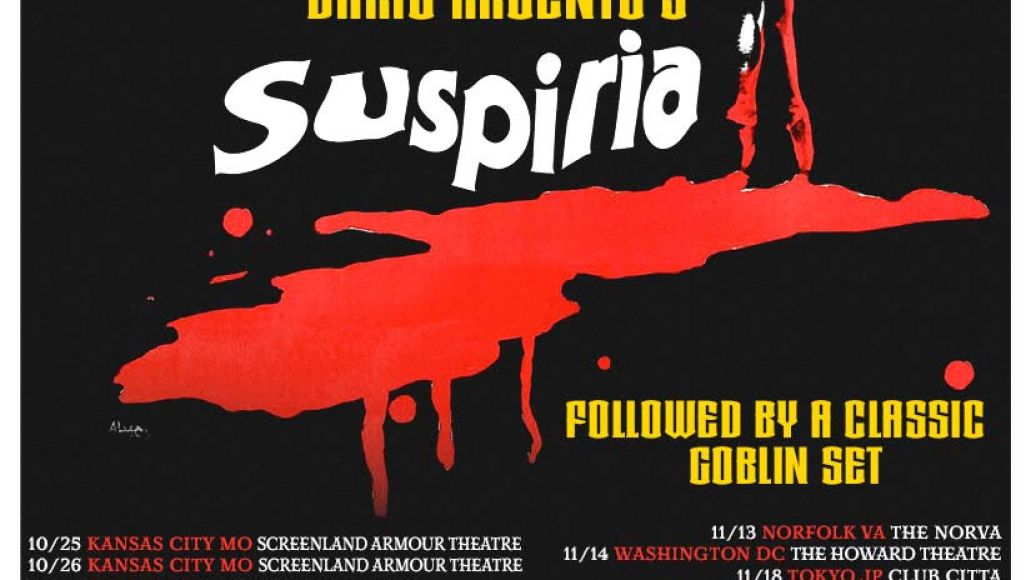