Welcome to Fan Chant, a weekly column for K-pop fans, stans, and newbies alike. Each week, I’ll be rolling out interviews, lists, and all kinds of content to keep you in the loop on the latest and greatest from our friends in Seoul and beyond. Also make sure to subscribe to my companion newsletter!

This weekend, the city of Los Angeles welcomes the return of KCON, an enormous celebration of music, culture, and community, anchored by performances from some of everyone’s favorite K-pop acts. For the new or uninitiated (like yours truly), it can be a bit overwhelming to prepare for an event featuring so many great artists and groups. This year’s lineup is truly exciting, so we’ve assembled a quick and easy guide to KCON 2022.

Launched a decade ago in 2012 with its flagship event in Los Angeles, KCON is exactly what the name suggests — a convention-type event for people who are interested in spending the weekend singing and celebrating with fellow fans of South Korean music and culture.

What Can We Look Forward to Seeing at KCON LA?

With such a stacked weekend in the wings, it’s certain each act is working hard to prepare a great stage. KCON newcomers CRAVITY tell Consequence, “We’ve been waiting over two years to see our overseas fans offline. KCON was on our bucket list to achieve. We are excited to get on the huge stage with great artists and fans around.”

As for their performance, the members are looking forward to a set that fans haven’t experienced in any form yet. “It’s a special stage that we’ve prepared only for KCON! Don’t miss out!”

FNC Entertainment’s P1Harmony also offered us an exclusive preview of their set. Leader KEEHO says, “I’m looking forward to performing on a big stage in front of a large audience. I’m also excited to meet more and more P1eces.”

The group has recently generated plenty of excitement with the release of their fourth mini-album, HARMONY: ZERO IN, with “Doom Du Doom” in particular welcoming in plenty of new fans. “Since it’s the first face-to-face KCON for P1Harmony, I don’t think I can predict how much excitement there will be,” shares JONGSEOB. “Also, since it’s our first time performing our 4th Mini Album in LA, I’m looking forward to the reactions.”

THEO promises a tailor-made performance for this weekend, telling Consequence, “There’s a special stage that you can only see at KCON, so please look forward to it!”

“As much as we prepared the performance with excitement, we will work hard so the audience could feel our energy as well. Please be looking forward to our stage!” JIUNG adds.

The members of ENHYPEN are looking forward to this year’s concert as well, telling Consequence, “It’s our first time in LA as a group as well as performing at KCON in person, so we’re thrilled for the opportunity to interact with our fans abroad face to face. There’s a lot in store for our fans, and we promise it will be worth looking forward to!”

While the septet is also gearing up for a major tour touching down in America in October, KCON 2022 offers a chance for ENHYPEN to greet ENGENEs face to face ahead of their headlining trek. “We can’t spoil much, but we have prepared songs that have been loved and highly requested by so many of our ENGENEs in the past. We aim to be the new powerhouse of K-pop, and we’re confident our fans will be able to see that through our power and energy on stage,” they say.

Who Else Is On This Year’s Lineup For KCON LA?

ATEEZ are making time to hit KCON amid a ridiculously packed 2022: having wrapped up their wildly successful stateside trek in February, the energetic pirate kings are already preparing for their second world tour of the year, expected to arrive in the US in November.

Earlier this year, we shared an interview with the group titled “ATEEZ Are Just Getting Started,” which seems to have been a bit prophetic. They’ve been going nonstop and aren’t showing signs of slowing down any time soon. When the group last appeared at KCON in 2019, the place went wild for them — prepare for lots of energy for the eight-member group if this is your first time at the event.

Meanwhile, Stray Kids successfully wrapped up their “MANIAC” tour — fingers are still crossed for fans in Atlanta and Fort Worth, whose shows were delayed indefinitely following COVID diagnoses within the group — and are already returning to sunny California for an appearance at this year’s con.

ITZY, our perpetual girl crush queens, will also be touching down in the US for a tour of their own in October. We last connected with the group around their comeback for summer single “SNEAKERS,” where they mentioned that they’ve been busy preparing for this performance and the full tour.

Great news: Tickets are still available for the expo, concerts, and specific events like the hi-touch, meet and greets, and red carpet. Tickets can be purchased at the official KCON LA website here. 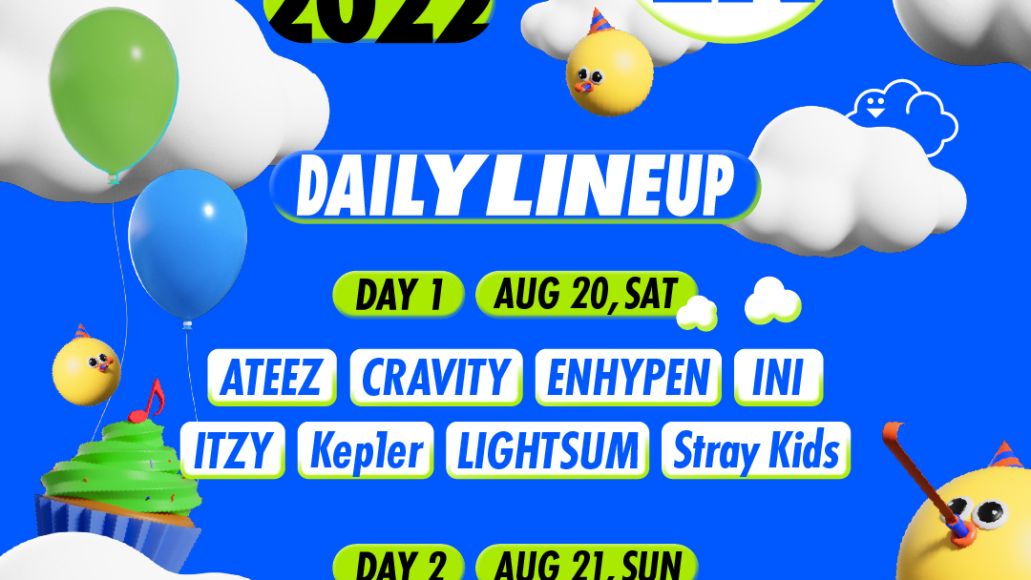 The Return of The Rose

The Rose is back! The beloved Korean quartet is together again following the completion of mandatory military service for members Dojoon, Hajoon, and Jaehyeong, and the members are preparing for a tour to celebrate their comeback album, titled Heal. While his bandmates were away, lead vocalist Woosung was busy with a solo project of his own and spent time on the road with Epik High.

If your TikTok didn’t gift you every single angle of Woosung delivering his much-demanded cover of LANY’s “ILYSB” while out with Epik High, first of all, I’m so sorry for you. Cecond of all, it’s extremely likely the band will gift crowds a complete rendition all together on this upcoming tour, along with some of their classic tracks and whatever treasures Heal has in store. While we wait for more details about the album, we put together a guide on what to expect from the trek, and how to potentially secure tickets if you have yet to do so. Find it all here.

Hooray for SEVENTEEN on tour! All the clips of the group killing it onstage have “GAM3 BO1” stuck in my head this week.