Lingua Ignota has announced a Fall 2022 North American tour, the first in support of 2021’s Sinner Get Ready.

The tour, dubbed “Repent Now,” is split into two legs, with the first kicking off November 10th in Austin, Texas, and running through November 18th in Baltimore. The second leg picks up on December 14th in Pittsburgh and wraps up December 19th in Toronto.

Lingua Ignota, aka Kristin Hayter, will perform two sets each night. According to the press release, each performance “will come in two parts exploring communal catharsis through traditional hymns performed with prepared piano as well as selections from her entire catalogue, with surprises strewn throughout.”

It’s the first time Hayter has hit the road since releasing the acclaimed multi-genre opus Sinner Get Ready last year. It’s also her first outing since her public separation from Daughters frontman Alexis Marshall and her subsequent abuse accusations against Marshall.

Below you can see the full list of tour dates for Lingua Ignota’s fall 2022 North American tour. Get tickets here. 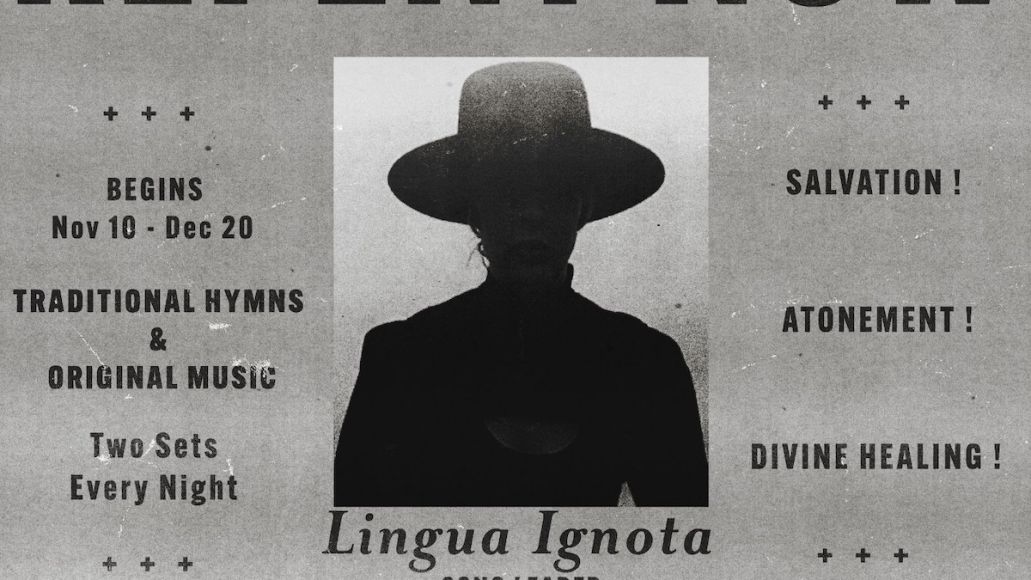