A little less than a mile separates Lollapalooza’s main headlining stage at the south end of Grant Park from the secondary headlining stage on the far north end. It’s a 15-minute walk on day one and a 20-minute waddle on day four — but a majestic waddle nonetheless, taking place as it does with a lake breeze on your face, in the shadow of the world’s prettiest skyline. Along the way you pass a corporate carnival ground of branded games, selfie stations, and quarter-mile-long booths where you can pay $7 for a single piece of chicken and buy an alcoholic beverage with a down payment of one kidney.

The livestream captured the biggest names to play Lollapalooza 2022 but left out all the little things that make festivals great: The wild fashions; the travelers hoisting flags; the hustlers in novelty costumes offering to be in your pictures for $1; the swarms of dragonflies hovering like vultures above fallen cans of Bud Light Seltzer; and the would-be influencers ruining everyone’s day in pursuit of the next viral video.

And of course, music is different in person. Over the livestream, it’s harder to tell when an artist loses the audience, or when they never had an audience to begin with. You can’t recognize when someone is playing to the video cameras at the expense of the spectators, or those goose-bump-inducing moments when a wave of sound sends shockwaves through the festival grounds and causes the crowd to triple in size.

If you watched the livestream, congratulations on your un-blistered feet, I bet they feel great right now. But here’s what you missed. 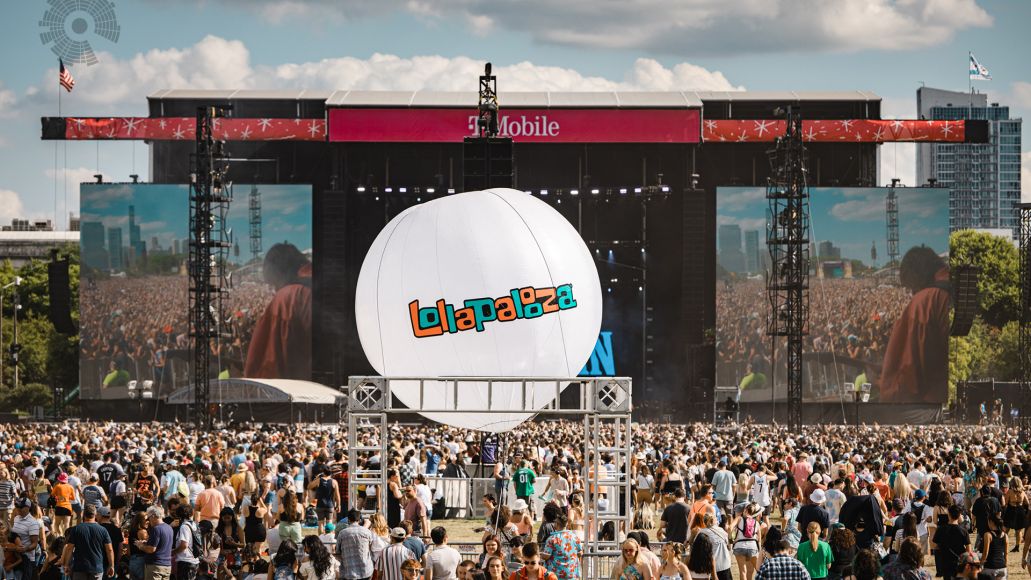 Who Will Secure Us from Security?

Going through security, I got searched up to and including the crown jewels. On Saturday I even got patted down a second time, and that guard definitely owes me dinner. Maybe I just look like a guy who uses drugs.

But they didn’t find shit.

As for facilities, taking care of that many bathrooms isn’t an easy task, but I never found a stall to be unusable, and when I returned to the same urinals multiple times I noticed that the inevitable pileups of alcohol cans were consistently getting cleaned. Staff did have trouble keeping the hand sanitizer stocked, though.

Besides that, you were never far from officers of the Chicago Police, who could often be heard saying helpful things like, “Yeah that sucks. Yeah, we’ll probably never find your phone.” Hey, at least they didn’t try.

One of the Stages Is Much Worse Than the Others

Once again this year the two main venues were T-Mobile, the crown jewel of the south campus which showcases the starriest headliners of the night, and Bud Light Seltzer, which hosts each evening’s counter-programing and anchors the north campus. Across the lawn from Bud Light Seltzer, sharing a common audience space, is Tito’s Handmade Vodka, better known to Chicago residents as the Petrillo Music Shell. It’s a permanent stage in Grant Park, and according to a rumor that I just started, if you say “Petrillo Music Shell” in the mirror three times you lose your voice and require an immediate hip replacement.

It sucks. The audience stands on blistering hot concrete that ruins the acoustics and makes it literally painful to dance. It’s also an east-facing venue, which means for about three hours every afternoon the crowd can’t even see the stage because they’re staring west at the setting sun. Each year Lollapalooza hosts a high-stakes mini-game: Which artists will push through the adverse conditions and which will get swallowed?

On Saturday, COIN got swallowed whole. Petrillo is death to nuance and demands near-constant belting, while frontman Chase Lawrence was inaudibly relaxed. I was close enough to tell which of the quartet had their eyes open or closed at any given time, and I couldn’t hear more than bass and drums with the faintest whiff of vocals and guitar.

The Marías battled the Music Shell to a draw. While the vocals were too quiet, a trumpet pierced the concrete gloom and kept the crowd, if not dancing, then at least bobbing in place

King Princess fared better on Friday, and under even harsher circumstances. I didn’t see another set at Petrillo where such a blinding sun walloped the crowd in such a cloudless sky. For the first half of her set, a near-total inability to see  took the spectators almost completely out of it, making them slow to respond and late to cheer. But she won them back with a call and response of “Your pussy is?” “Bomb!” and then, at 6:17 by my clock, a heroic cloud shielded us just long enough for the sun to sink behind a skyscraper. The second half of the set went off like gangbusters.

But the best show I saw at Petrillo this year was The Regrettes. Singer Lydia Night is a mind-melting talent, a human firework. She owned that stage like I have never seen anyone own it, and when the mosh pit failed to materialize, she teased the audience: “We’re from Los Angeles and we do this thing where we form a big circle and dance and just go crazy,” she said. “Could be fun.” The crowd went about as crazy as they could on the concrete, welcoming arthritis in pursuit of a few moments of ecstasy. 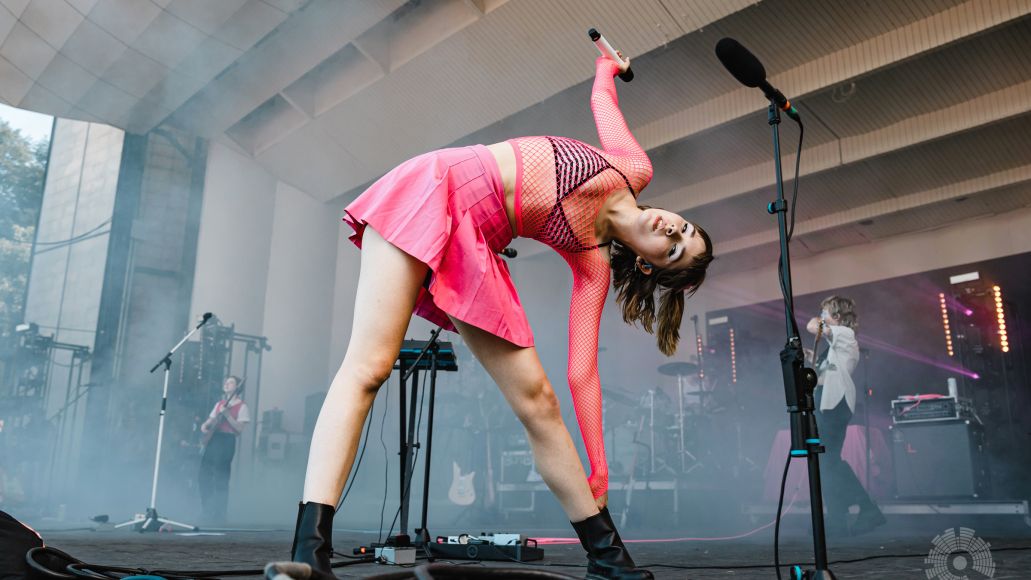 The Regrettes, photo by Josh Druding