Of all the times to be visiting Montreal, this past weekend (July 29th-31st) was the one: not only was the annual comedy festival Just For Laughs wrapping up at various venues throughout the city, Osheaga Festival was making its grand return at the Parc Jean Drapeu for the first time since 2019. These events, along with near-perfect weather and a summertime spirit, saw thousands flocking to the city, with musicians, comedians, and lovers of both enjoying all that Montreal has to offer.

Osheaga is more than just a typical city festival — over the last several years, Osheaga has gotten all the more curated, with many festival exclusives, local favorites, and some undeniable stars gracing their many stages. This year, which marked the 15th anniversary of the festival, was no different, but there were a few caveats to booking an impressively deep lineup like Osheaga’s in 2022.

As usual, there were some cancellations; Foo Fighters were originally scheduled to headline both 2020’s edition (before the pandemic hit) and this year’s fest, but had to drop out after the death of drummer Taylor Hawkins (they were replaced by hometown heroes Arcade Fire), and A$AP Rocky was originally set to headline Saturday, but was eventually replaced by Future.

Though there were a few lineup changes, Osheaga 2022 definitely exceeded expectations. From the festival’s layout and its conveniently-located Metro stops, to its unforgettable performances, this is a festival that seems to get better and better each year. Here are some standout themes and performances that we noticed at this year’s Osheaga Festival.

The final weekend of July and first weekend of August is definitely a significant one for festivals: Not only is Osheaga in full swing, but on the other side of the Great Lakes, Lollapalooza is also taking place. The fact that they take place on the same weekend — and are only a short plane ride away from each other — means that they’ll inevitably share a lot of acts. But Osheaga’s booking team, led by founder Nick Farkas, is very deliberate about which acts they’ll share. Dua Lipa, Turnstile, Charli XCX, Wet Leg, 100 gecs, Sam Fender, and IDLES were just a few crossover acts that are more than welcome on any festival lineup, and they felt specifically tailored to Osheaga’s eclectic lineup.

When speaking to Farkas about the challenges of building this year’s lineup, he claims that it’s “all about balance.” “Our first year, we had Sonic Youth and Ben Harper headline. In between those two is, well, everything,” says Farkas, referencing the diverse mix of genres represented at each year of Osheaga. Indeed, the festival’s mix of artists this year was as varied as ever; from Mitski to Burna Boy, Lucy Dacus to Caribou, Slowthai to Local Natives, and various other rising stars like Wet Leg, Sad Night Dynamite, PinkPantheress, and Luna Li, the phrase “there’s something for everyone” is a huge understatement.

That being said, such a deep lineup always leads to some tough set times conflicts. If you’re a fan of both rock music and pop music — like I wholeheartedly am — some of these conflicts were brutal. Choosing between Charli XCX and Turnstile on Friday and Dua Lipa and IDLES on Sunday would likely anger a very small percentage of festival goers (me), but Farkas made a good point about positioning those acts against each other: “In reality, there are a lot more IDLES fans that would want to see Dua Lipa, as opposed to Dua Lipa fans that would skip her set to see IDLES.” No kidding. (Sincerely, An IDLES Fan Who Decided to See Dua Lipa Instead.) 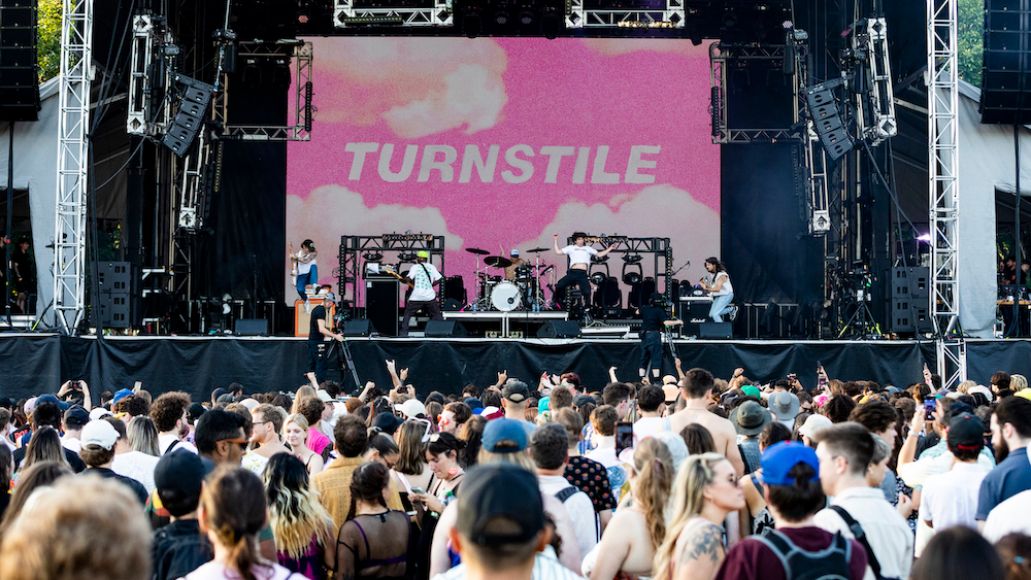