The Pitch: It’s 1719, in the Northern Great Plains; Naru (Amber Midthunder) is a young Comanche warrior desperate to prove herself among the men, including her brother Taabe (Dakota Beavers), under whose shadow she’s lived her entire life. She’s an ace with a bow and arrow, resourceful with medicines, and has unstoppable aim with a tomahawk. She’s ready for her kuhtaamia, the ritual hunt that would serve as her rite of passage.

Whether she realizes it or not, she’ll face a more challenging test than she bargained for; a new kind of warrior has entered the Great Plains, testing its mettle against the creatures of planet Earth. Soon enough, it sets its sights (and cloaking technology and dangerous space-age weapons) on Naru’s tribe, leaving the young warrior as the last defense against an unholy spirit from another world.

If It Bleeds…: The Predator has long been one of science fiction’s most iconic creatures, stymied by a less-than-stellar track record on screen. 1987’s Predator is an unmitigated classic, to be sure, but the Yautja (the canonical name for the series’ race of intergalactic sport hunters) have had some rough goes of it in one sequel after another over the decades. (Let’s not even talk about the Alien vs. Predator flicks.) So, a few years after the maximalist, reshoot-happy disaster of Shane Black’s The Predator, the series was long overdue for a fresh new start. 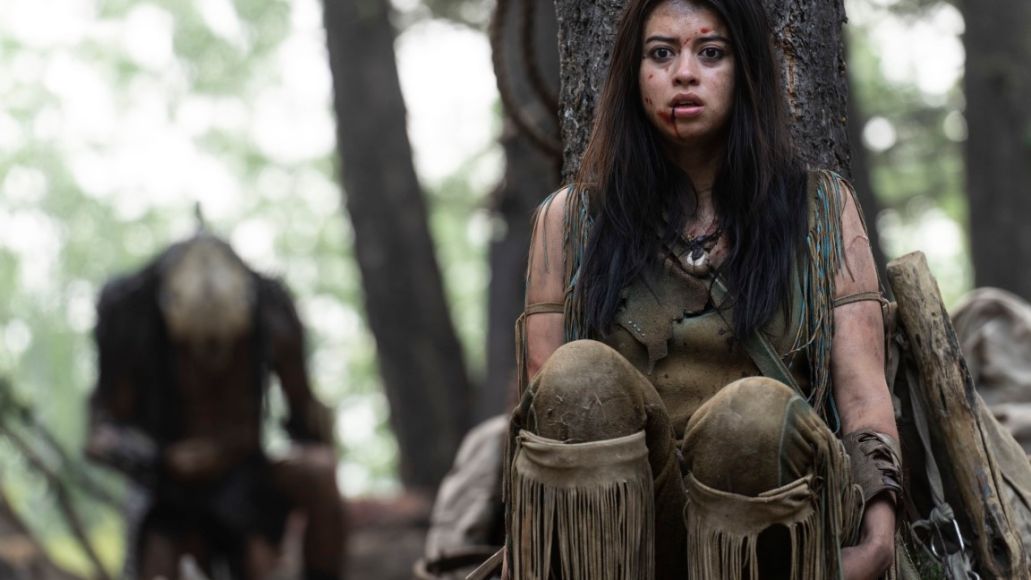 Fortunately, it’s an assignment director Dan Trachtenberg (10 Cloverfield Lane) is uniquely suited for, making Prey one of the most exciting sci-fi thrillers of recent vintage. With Cloverfield, Trachtenberg proved a deft hand at smaller, high-concept sci-fi thrillers that delivered surprising bang for the buck while keeping the proceedings focused on a tight-knit group of characters. Prey‘s small-scale remit plays to his strengths, and it shows.

Gone are the “urban jungles” of Predator 2 or the guns-a-blazing hardasses of Predators or The Predator. By setting this one in the past, Trachtenberg (and screenwriter Patrick Aison) strip the creature’s appeal down to its essential elements: A solitary sport hunter searching for the most dangerous game, and the desperate warrior scrambling to survive. There are few high-caliber firearms: an ancient single-fire pistol is the most firepower Naru has against the creature, and it’s treated with all the gravity of a nuclear weapon.

This iteration of the Predator is lean, primal, a skull mask replacing the futuristic face plate of its forebears. Dane DiLiegro’s lithe physicality is a welcome move back to thinner, faster Preds, as compared to the beefy bois of other installments. In the creature’s first appearances, Trachtenberg tracks along one animal after another, one consuming the other, until ending with eventual evisceration by the Predator, encased ghostlike in a light-bending cloaking device. What an elegant means to showcase him as a new, dangerous disruption to the food chain.

Good Medicine: Even more notable is Prey‘s historical Native setting, which sets it apart from most sci-fi thrillers while finding new, intriguing story beats to play with its cultural setting. Nearly all of the main cast are played by Native actors, and it’s a lovely showcase for many of them. Great care is taken to depict Comanche life with authenticity, and it feels like more than mere scraps of representation thrown in for its own sake; these are essential elements to a story about survival and coming of age in the wilderness. (It’s worth noting that Prey will be available in both English and Comanche languages, the latter fully dubbed by the film’s cast.) 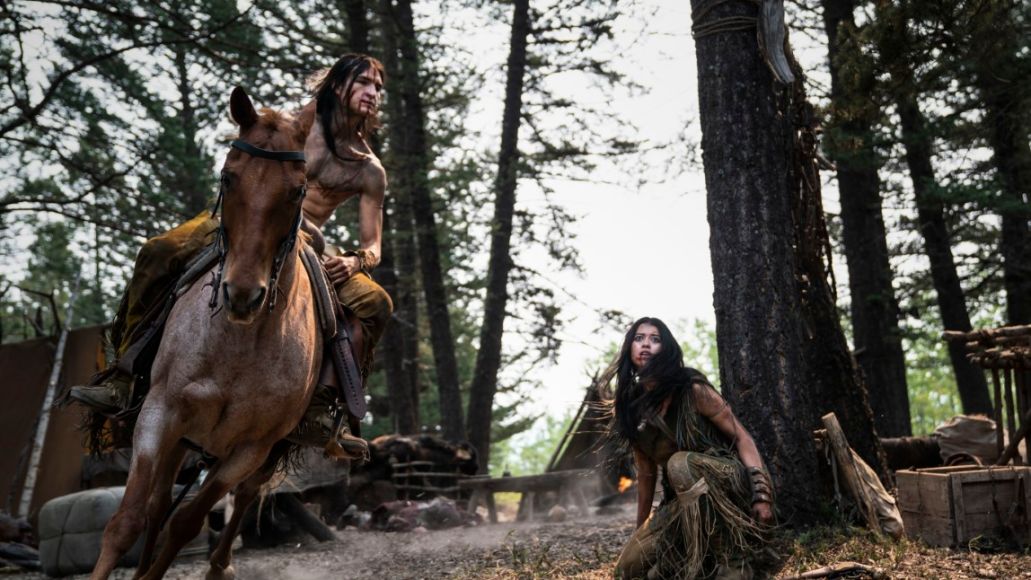 The North American setting is beautifully captured by cinematographer Jeff Cutter, sun-dappled plains giving way to the harsh, foreboding shadows of the forest. Action can occasionally be a bit difficult to see in the frenzied camerawork, but there are heaps of arresting shots and sequences here. Cameras swoop in time with Naru’s aiming of a bow; wide tableaus freeze her in dramatic face-offs with enemies both animal and alien. Sarah Schachter’s score conveys the appropriate sense of foreboding, and the visual effects are impressive for a film of this scale (save for a few dodgy animal renders here and there).

Love and Midthunder: So much of the film’s success can be laid at Midthunder’s feat, the 25-year-old Sioux actress easily proving herself an incredible action lead. She already has quite the resume thanks to projects like Legion and The Ice Road, but there’s something so thrilling about watching her work here. She’s a wilier, more quick-footed foil for ol’ Preddy than Arnold Schwarzenegger ever was; where Dutch had his muscles, Naru has her wits, agility, and her familiarity with her home terrain. (Oh, also, an adorable dog sidekick named Sarii.)

But while she can slide, slash, and shoot with the best of them, Midthunder also imbues Naru with just enough character to keep us invested in her journey. For her, the fight against the Predator means more than just survival: It means validation for her own place in the tribe, the chance to prove her worth by defending her people. In many ways, she and the Predator are more alike than any previous protagonist in the series. It’s an angle that makes their tete-a-tete that much more intriguing.

The Verdict: In a filmic landscape starved for inventive, well-crafted tentpole releases that take chances while still delivering the goods, it’s a downright shame Prey isn’t getting a theatrical release. This is the kind of tonal and environmental experimentation this kind of franchise should be attempting: popping the Predator in self-contained, varied contexts, testing it against all kinds of self-contained scenarios instead of bogging the creature down in lore.

Where’s It Playing? Prey comes to Hulu on August 5th, but watch it on the biggest screen you can. Whatever home theater setup you may or may not have, use it. Crank up the surround sound, dim the lights, put down your phone, and embrace the hunt. This thing needs to be seen in as close to a cinematic context as you can muster.