Top Performances is a recurring feature in which we definitively handpick the very best performances from an iconic actor or actress. This has been updated on the occasion of Robert De Niro’s birthday.

It’s not that we’d ever refer to many of Robert De Niro’s best roles as “vulnerable” in and of themselves. The legendary actor is one of the all-time great performers of tough guys, in their many forms, and there’s a ferocity to many of his early turns that’s gone nearly unparalleled in the years since.

Yet one of the significant aspects of De Niro’s genius as an actor is the way in which he’s been able to build a long career out of playing on the earlier performances he’s delivered, whether it’s in adding new shades to the plethora of gangsters and fallen icons he’s portrayed for Martin Scorsese, or in the later years of his career, when he began to mine his gruff, unflappable persona for comedy.

This week, De Niro returns to theaters with The Irishman, his much-hyped reunion with not only Scorsese, but also Al Pacino and Joe Pesci. Given the de-aging technology being utilized, it’s not hard to draw threads back to his eclectic career, one full of unforgettable characters and some highly suspect calls alike. (America forgives, but never forgets … Rocky & Bullwinkle.)

Like any actor who’s been around long enough to measure his career in distinct phases, De Niro has left behind a fascinating filmography and has been the unforgettable center of more films than most actors would ever imagine possible. However, he’s also done what many never even try to, finding new wrinkles in audience expectations even as they clamor for just one more inimitable tough guy.

De Niro might be as well-known to audiences today for his comic riffs on his star persona as for some of his most formidable work, but in our latest Top Performances ranking, we’ve tried our best to distill the actor’s 100+ credited performances into the cream of the crop. Let us know if we missed something, and do try to keep it down in the theater… 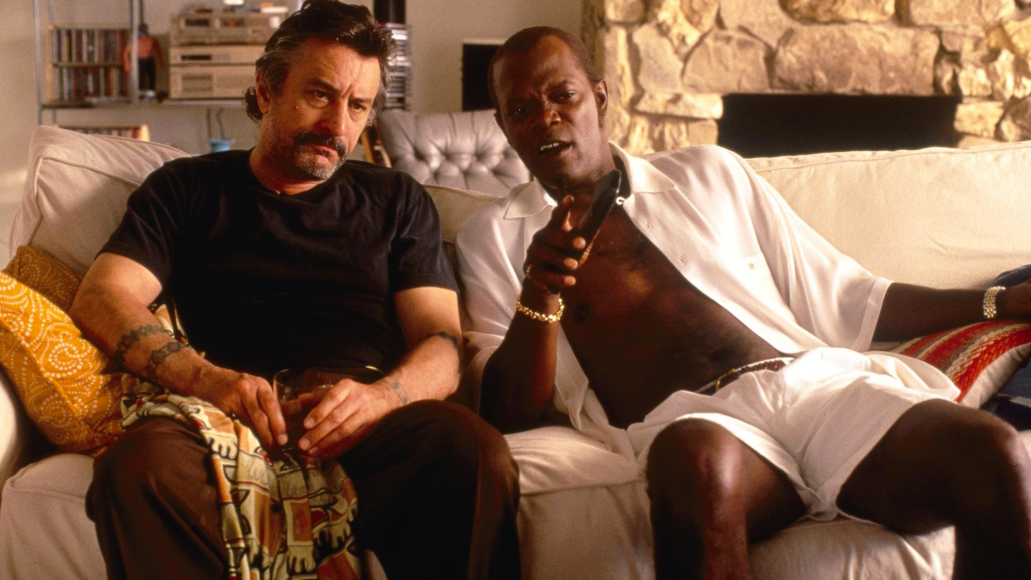 De Niro has always functioned well in an ensemble environment (see also: our No. 4 choice, as well as the underrated, inside baseball-heavy Barry Levinson comedy What Just Happened). It allows De Niro the lateral room to explore some of his odder modes and tics in a context where it’s not so distracting. There’s always been something of a character actor feel to De Niro as a performer; though he’s always been a commanding leading man, there’s an eccentricity to many of his characters that tends to flourish the most when he’s able to cut a little looser, creatively speaking.

Though De Niro is just one of a great many players in Quentin Tarantino’s ode to blaxploitation movies and the work of Elmore Leonard, he’s memorable in a clear supporting role as Louis, the ex-con affiliate of Samuel L. Jackson’s criminal mastermind.

Louis gives De Niro the chance to explore a new shade of “bumbling” as the kind of half-witted figure whose sharper edges have clearly dulled with age, delivering Tarantino’s characteristic patter with a perpetual anxiety that occasionally mutates into De Niro’s trademark menace. He’s just one cog in Tarantino’s masterful hustle, but he’s also the walking manifestation of a doomed idea. It’s a slyly memorable performance. –Dominick Suzanne-Mayer

Best Line: “She was being such a pain. She made us late for the pickup because she locked herself in your bathroom for hours with her bong getting high. She was nagging and complaining … so strung out. She wouldn’t shut up, so…” [Jackson: “You left her back there?”] “Not exactly. I shot her.”