It was the second of two sold-out South Park 25th-anniversary shows, starring Stone and his partner, Trey Parker, as ringleaders of a circus in which Ween performed on stage left, Primus manned stage right and “Blame Canada,” “Uncle Fucka,” “What Would Brian Boitano Do?” and other profane “South Park” classics wafted from the middle.

If the satire didn’t always come across in this setting — the crowd seemed a bit too enthusiastic fist-pumping to “Kyle’s Mom’s a Bitch” and the finale “America, Fuck Yeah” — Stone and Parker didn’t seem to mind. 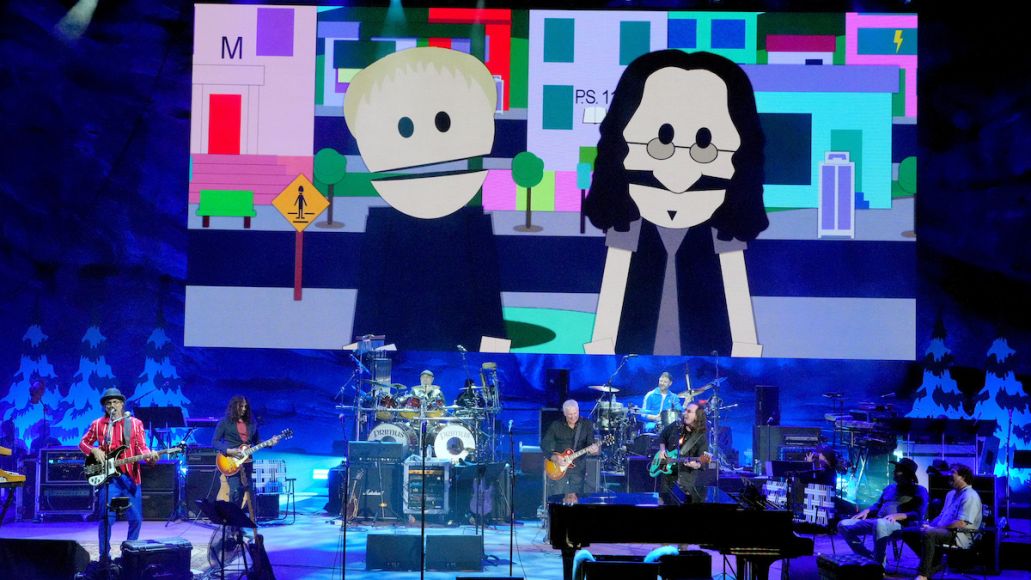 The two-and-a-half-hour show, recorded for a Comedy Central special airing Saturday (August 13th), was a homecoming for Stone and Parker, who met at nearby University of Colorado and debuted South Park in 1997. Under the full moon, they undercut their gleefully potty-mouthed South Park satire with “gee, I can’t believe we’re here!” sentimentality.

Terrance and Philip made an appearance, of course, part of the animated chorus of “shut your fucking face, Uncle Fucka!”, but when it came time to surprise Stone with Lifeson and Lee from Rush in “Closer to the Heart,” Parker choked up and explained to Stone just how much he loved him, man.

“Closer to the Heart” was the show’s peak — Stone, a longtime fan of the Canadian trio, got to play drums with Lee, Lifeson and Primus drummer Tim Alexander. Claypool, famously influenced by Rush, called the collaboration “one of the most amazing moments of my life” and challenged Stone to play his best drum break ever. (He was OK, but no Neil Peart, the Rush drummer who died in 2020.) “Wow,” Stone understated afterwards. “That was fucked up.”

The show see-sawed between hard-rock Ween classics (“The Mollusk,” “Buckingham Green” and “Voodoo Lady”), appropriately cartoonish Primus favorites (“My Name Is Mud,” “Jerry Was a Race Car Driver” and “Tommy the Cat” with Stone-as-Butter’s helium-high pitch substituting for Tom Waits’ gravelly low voice in the 1991 original) and South Park standards and musical-theatre productions from other phases of the Stone-Parker partnership.

Ween and Primus have toured together for 30 years, as Dean Ween told the crowd. (“And I can still get it up!” hollered Claypool, wearing thick, round glasses, a goatee, a petticoat and a black bowler hat.) Ween, the playful rock duo, warmed up the crowd with the opening “Take Me Away” and “Roses Are Free”; Primus stretched out the “here they come” chorus of “Here Come the Bastards.” “PrimusWeen,” as Claypool called them, played on each other’s songs — Dean and Geen Ween handled guitars and backing vocals, with Claypool on bass, of course.

After a few songs, Stone and Parker took the stage as emcees and Boulder-gone-Hollywood celebrity honorees. Parker, wearing a big, black cowboy hat, reminded the crowd he’d grown up in Morrison; Stone, in a blue Adidas track suit, declared himself from the “mean streets of Littleton, Colorado.” Facing a massive audience for his musical-theatre piano experiments, Parker seemed in his element. Stone, who alternated between ukulele, guitar and drums, was shyer and seemed a little cowed. They led an ensemble including six singers (one in a Viking helmet) and threw themselves into wonderfully unmentionable South Park classics such as “San Diego,” “Uncle Fucka,” and, later, “Yelper Special.” 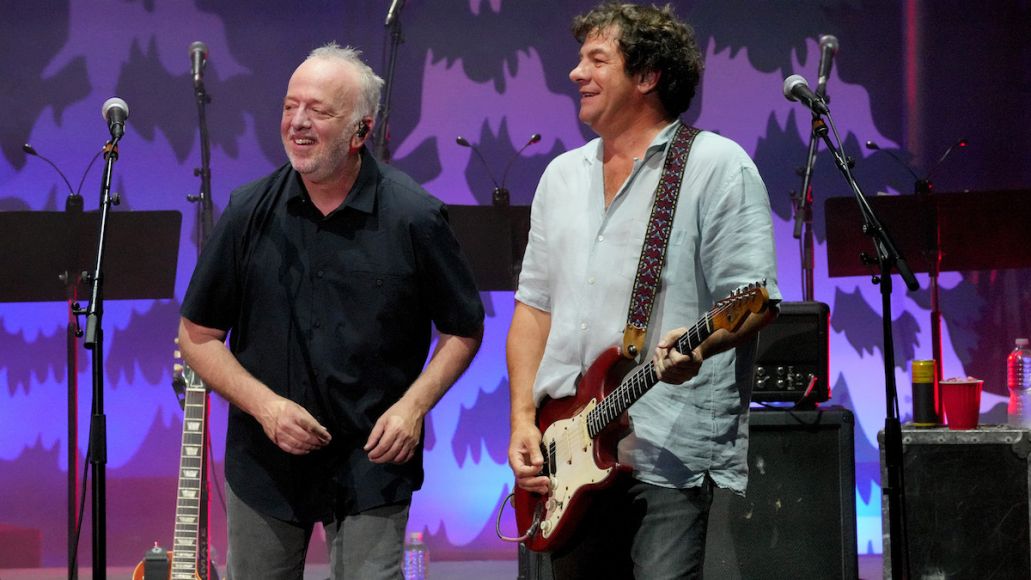 The South Park clips and references flew so furiously it was hard to keep up. With Claypool, they recalled how the show’s Primus-penned theme song came to be (they paid Primus $74, when the band was already a major touring act in the late ’90s). They acted out three elaborate acts of “Lemmiwinks,” including guest actors and animal costumes, involving a gerbil who is a part of the show’s Season Six. And with country-western parody “When I was On Top of You,” they reminded the crowd they’d created the film Cannibal! The Musical before South Park.

After the last 25 years, Stone and Parker are experts in slicing and dicing celebratory Hollywood culture, and while the evening brought plenty of such humorous moments, above all, it was a celebration of the show and its cultural impact. By the time they arrived at their anthemic “Team America: World Police” finale “America, Fuck Yeah,” it was clear that the crowd’s diehard fans got everything they came for.