Tommy Lee has apparently found a way around Instagram’s censorship guidelines, reposting his recent nude selfie as a colorful work of art.

The new version of the Tommy Lee nude was created by artist Ziva Barrett, wife of Cannibal Corpse guitarist Rob Barrett. Ziva transformed Lee’s bathroom selfie into a colorful painting, writing on Instagram, “When Tommy Lee ‘hands’ you a dick pic, you don’t ask questions, you grab a (big 😁) canvas instead and get to work.”

Ziva shared further posts, showing her creative process and announcing that she also created a black & white version and was selling limited-edition prints of each on Etsy. She also mentioned that she would send one of the originals to Lee and eventually sell the other.

Lee, meanwhile, shared the full-color version of the painting on his Instagram, where it still remains a couple days later. The image led the drummer’s wife, Brittany Furlan, to comment, “HELP.”

The Mötley Crüe stickman’s initial posting stirred up a debate surrounding Instagram’s censorship rules, with Cosmopolitan pointing out that Lee’s photo stayed up for at least five hours while less explicit images shared by women are taken down right away.

So far, Lee has kept his junk in his pants onstage during Mötley Crüe’s current co-headlining stadium tour with Def Leppard. The outing runs through a September 9th show in Las Vegas, with tickets available via Ticketmaster.

If Cannibal Corpse are more your speed, the death metal legends will embark on a North American tour in early November. Pick up tickets here.

See Ziva Barrett’s artistic versions of Tommy Lee’s nude selfie in the Instagram slideshow below, followed by a censored version of the original. 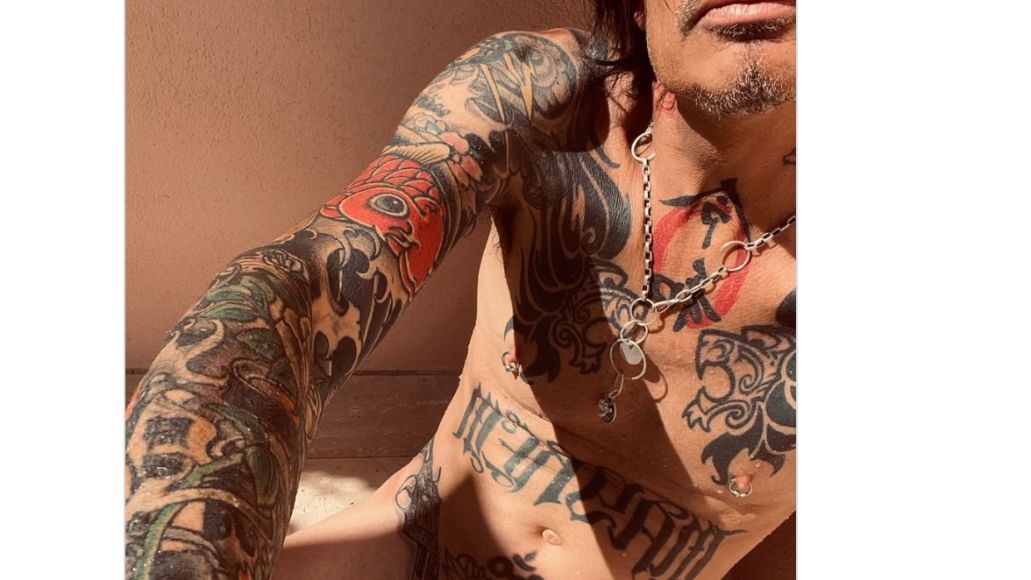