Brandi Carlile is celebrating the one-year anniversary of her album In These Silent Days by releasing an acoustic version of the LP called In the Canyon Haze. Listen to the re-recorded album below.

Instead of offering a more conventional deluxe version of In These Silent Days, Carlile thought she’d give her fans something more than just a glorified re-release. “I knew I wanted to offer our fans more than just the usual ‘bonus track’ that always feels like a creative way to ask fans to buy your album twice,” she said in a statement. “So, the twins (Phil and Tim Hanseroth) and I locked ourselves in the attic studio in my barn just like the old days… and we reimagined our entire record.”

In the Canyon Haze includes the same 10 songs as In These Silent Days, plus a cover of David Bowie’s “Space Oddity.” Check out the album’s artwork and tracklist below.

Carlile is currently on the road. Next month will be highlighted by performances at TD Garden in Boston and Madison Square Garden in New York City. Tickets to those shows are on sale now via Ticketmaster. Earlier this year, the artist appeared on Allison Russell’s new song “You’re Not Alone,” and before that, she welcomed Joni Mitchell to the Newport Folk Festival stage for a rare public performance.

In the Canyon Haze Artwork: 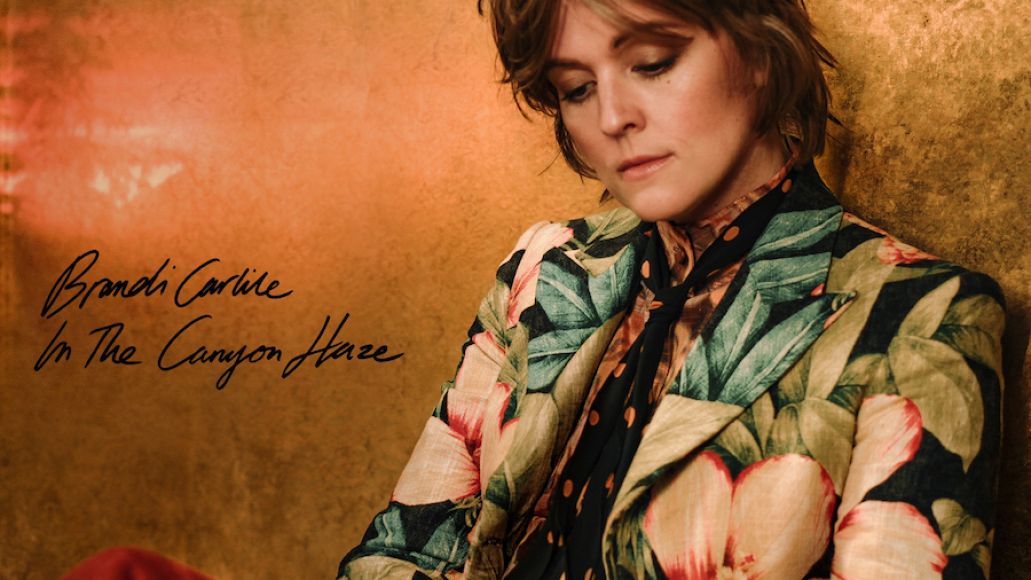