Surprise! As part of the Disney+ Day celebration, BTS’s PERMISSION TO DANCE ON STAGE – LA is now streaming on the platform as of today (September 8th).

PERMISSION TO DANCE ON STAGE – LA is described as a “stage-focused” concert film, showcasing the enormous event held at So-Fi Stadium at the end of 2021. The four concerts, November 27th-28th and December 1st-2nd, saw the 70,000-seat arena entirely sold out for all four nights. (Read our recap of the spectacular show here.)

While the timing is a surprise, this concert film was announced without a release date in July as one of multiple projects created for Disney+, alongside a spin-off of BTS’s In the Soop (In the Soop: Friendcation, which was released on Disney+ in South Korea) and a still-to-come docuseries called BTS Monuments: Beyond the Star.

In the meantime, with today being Disney+ Day, ARMY will have a plethora of footage to work through with BTS: PERMISSION TO DANCE ON STAGE – LA. BTS’s stage shows are notoriously elaborate, and the “PERMISSION TO DANCE” Los Angeles concert featured 25 songs from the group’s enormous catalogue over the course of three hours.

The concert film was directed by Jun-Soo Park, who previously directed three of BTS’s concert series: Burn the Stage, Bring the Soul, and Break the Silence. He’s reportedly remaining in the director’s chair for the upcoming BTS docuseries on Disney+.

The members of BTS have been spending the last few months incorporating more time for solo endeavors into their schedules — j-hope celebrated the release of his solo album, Jack in the Box, with a headlining performance at Lollapalooza. Meanwhile, Jungkook linked up with Charlie Puth for the bouncy summer single “Left and Right,” which led to Jungkook landing the title of Audacy Artist of the Summer. BTS’s vocal line — Jin, Jimin, V, and Jungkook — also jumped on Benny Blanco’s recent single, “Bad Decisions,” which featured a verse from Snoop Dogg. 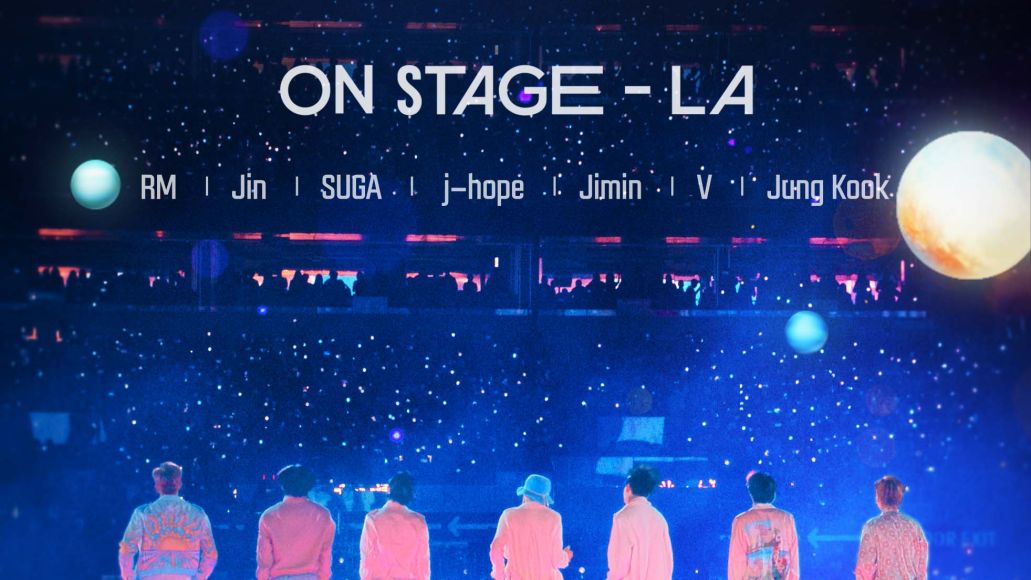 Surprise! BTS: PERMISSION TO DANCE ON STAGE – LA Is Now Streaming on Disney+