Built to Spill have revealed their new album, When the Wind Forgets Your Name, out September 9th via Sub Pop. Listen to it in full below.

When the Wind Forgets Your Name mark’s Built to Spill’s first album in seven years and their debut release with Sub Pop. “I’m psyched: I’ve wanted to be on Sub Pop since I was a teenager,” founding member Doug Martsch said in a press statement. “And I think I’m the first 50-year-old they’ve ever signed.”

Martsch started working on the album after meeting Oruã members Le Almeida and João Casaes several years ago. After serving as his new backing band for shows in Brazil, they joined him on tour in the US and Europe, learning new songs Martsch had written. After coming off the road, they recorded the bass and drum tracks at his rehearsal space in Boise.

The trio planned to mix the album together in 2020 somewhere in Brazil or the US, but of course, the pandemic had other plans. After sending the tracks back and forth, they were able to collaborate on the mixing process remotely. Almeida and Casaes have since returned to their Oruã duties, but Martsch has begun playing with Prism Bitch’s Teresa Esguerra on drums and Blood Lemon’s Melanie Radford on bass.

In support of the album, Built to Spill have been on tour since April, with dates running through the end of September. See the full itinerary below. Tickets are available for purchase now via Ticketmaster.

When The Wind Forgets Your Name Artwork: 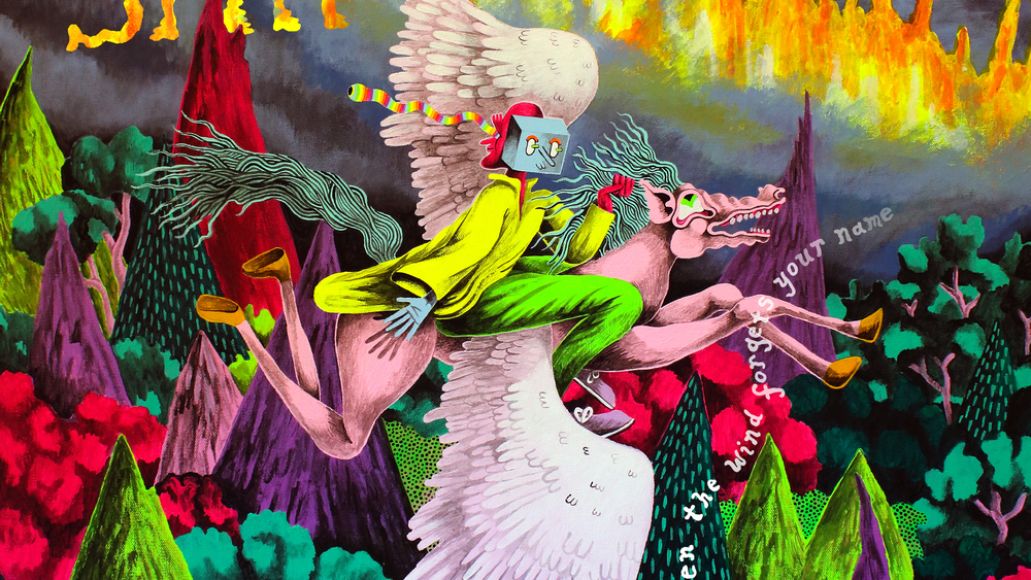 Built to Spill Premiere New Album When the Wind Forgets Your Name: Stream