A few weeks ago, I had the joy of jumping on the phone with the one and only Jackson Wang to chat about his wonderful new album, MAGIC MAN. We had a really lovely conversation that spanned almost an hour, and for today’s column, I wanted to share a bit more about more about the experience, along with some full quotes from our chat that didn’t make it into the final interview.

I should’ve known when the conversation started like this:

Mary: Hello, Jackson Wang, I’m so happy to be talking to you.

The thing is, I’ve gotten the sense that people within the K-pop community have certain expectations for Jackson Wang, some of which I discussed with him. When I really starting diving into the K-pop world, first as a fan and then as a journalist, it became clear to me that no matter which group you stan, Jackson Wang blurs the lines a bit. He’s beloved across fandoms, known for his intelligence and charm — the guy can speak four languages fluently, trained to be an Olympic fencer prior to debuting in GOT7, and has become a true multi-hyphenate creative force over the course of his career.

I was curious to know if he knew of this reputation, which seems especially prevalent in the U.S., and the answer is no, he absolutely did not. Throughout the conversation, his answers were long and thoughtful — I don’t know if I caught him in a particularly reflective mood, if he’s always this contemplative about his fans and his place within the entertainment landscape, if the themes of his album were still fresh in his brain, or a combination of these things.

“First of all, I didn’t know, and thank you to everyone if it’s real. All I want to say, and what I’d want to tell my fans, and people who aren’t my fans, I always want to give out a message that if you come across me through tv or music or just me as a person, I want you to know that me as an entertainer and an artist, I’m just doing my best to entertain people through music and performance,” was his reply.

Prior to our phone call, I was also deeply curious to see if another detail of Jackson Wang’s public persona was indeed fact or fiction. The idea of a “Jackson Wang party,” or the artist himself being on every guest list, felt like another K-pop inside joke that has grown into fandom mythology, but Wang answered the question for me before it could even be asked.

“My stomach hurts,” he told me right as we jumped on. He was in recovery mode, bouncing back from the afterparty of 88rising’s Head In the Clouds festival, which had taken place a few days prior to our chat. Without almost any prompting on my end, he started telling me about the party, the cast of characters, the vibes, and the energy. “My friends, everyone I know from Korea, all the brothers and sisters, literally everyone was there, everyone from different communities. People I met from high school, my classmates, my buddies since high school in Hong Kong, it was crazy. It felt like a dream to have everyone in that place.”

I held back from asking the follow-up I had in mind — What’s a girl got to do to get on the invite list for such an event? — but the question still stands.

Below, enjoy some of the full answers from Jackson Wang, just for you, the readers of Fan Chant, and stream MAGIC MAN.

Thematically, what were you hoping to communicate with this album about this chapter of your life?

Jackson Wang: I just wanted to be more honest with my audience. After working in this industry for quite a while, I really appreciate and am thankful for my fans and my audience and the crowd. My community. At this point, I just want to be more honest with them and show every side of me. I want to show them that whoever they’re supporting is the real me. They might know me or support me because of a tv show, or through a song, or maybe through some meme on social media or whatever, so I think for this album I just wanted to be very real with them, making sure that they know this is actually me.

So to that end, what are some of the themes you feel strongest through the album?

Wang: I think mainly the attitude of the performances and how I perform. It’s just me as a character. They might be like oh, this is something we’ve never seen from Jackson, it’s not something you used to do when you debuted in a K-pop band. It’s not the music or even the Jackson that we thought. It might be fresh for them. But to me, it’s been me, and now it’s just the time that I want to take everything off and show you and make it me.

Do you ever feel creatively blocked? Do you ever get writer’s block, or feel like you’re not able to channel what you wanted for the day?

Wang: No, actually. I always think of something outside the box. I always try to beat my previous self. When we did “Blow”, and after that, “Cruel,” I felt like, damn, I have to beat that. That’s at least my goal — beat that in some way that’s different, that’s more of another world that’s in my head, and now that I’m shooting another music video, I was writing the treatment right before this interview. I’m just discussing with my team, writing stuff up on how to shoot. We’re in the process of making another one that, to me, I want to beat “Cruel.” Sometimes, I think of stuff, and I’ve never been blocked, but a lot of times I’ll think of something and we’ll go with it and then the next day I’ll think of something that kills the idea I had the day before.

When you’re involved in so many different parts of the creative process, like we’ve been talking about, what are some of your go-to ways to reset or recharge?

Wang: I don’t recharge, that’s the thing. I think doing this, I’m having fun. This is what I love. “When are you taking a break?” I haven’t taken a break in nine years, and every single day I’ll just be working on what’s next. A lot of people say oh that’s a workaholic, you work too much, and at the same time, I feel very blessed and grateful and thankful that I’m working. From other people’s point of view I’m working, but I’m just doing what I love. When you really love what you’re doing, you don’t feel like it’s working. 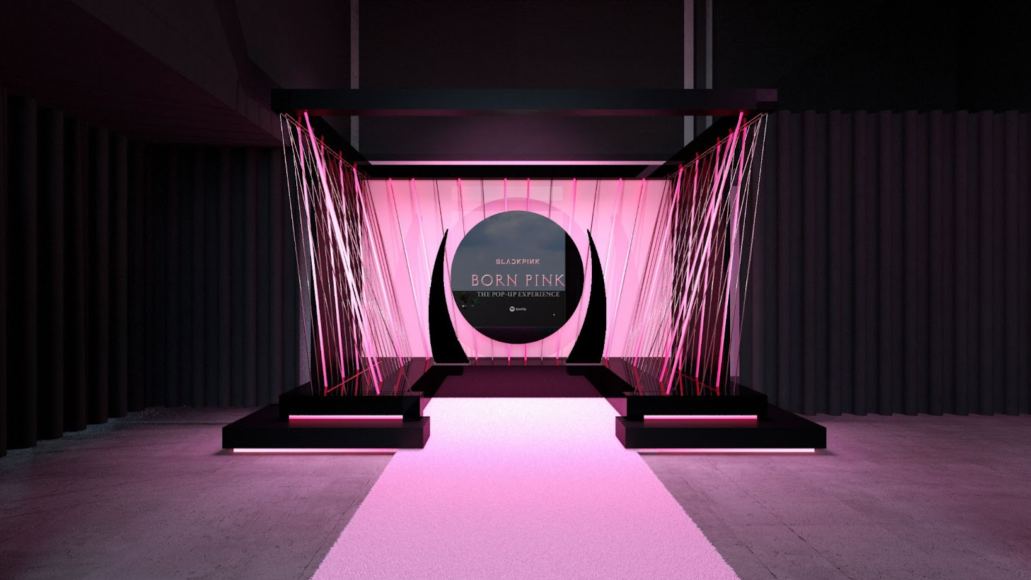 Pre-sale for BLACKPINK’s “BORN PINK WORLD TOUR” is finally underway. In addition, Spotify announced a collaborative pop-up with the group that will be available to visit this weekend (September 16th – 18th) in Los Angeles. Described as a fan-focused event designed with input from the quartet of members themselves, it’ll be a chance to dive into the album, dropping this Friday as well.

For anyone still hoping to secure tickets to the tour, we’ve got details here.

TAEYEON, one of the members of Girls’ Generation, released solo song “INVU” back in February, and I’ve found myself belatedly keeping it on repeat this week.