[Editor’s note: The following contains spoilers for House of the Dragon, Season 1 Episode 4, “King of the Narrow Sea.”]

Game of Thrones was a show that became famous for the shades of grey to be found in its heroes and villains alike, and so far the prequel series House of the Dragon has shown every indication of following in that proud tradition.

Thus, Consequence is happy to introduce Who’s the Worst Person in Westeros, a weekly ranking of House of the Dragon‘s most important characters, and just how unsavory they ended up being each week. Everyone on screen, including dragons, is eligible for this list (though expect for the show’s series regulars to be heavily featured from week to week).

Episode 4, “King of the Narrow Sea,” is especially full of misdeeds, as a homecoming quickly goes awry thanks to scandal. No real battles, no international conflicts, just one big incesty soap opera as Rhaenyra comes home from husband-hunting and Daemon comes back for “the comforts of home.” Shall we get into it?

According to HBO, this character’s name is Willem Blackwood, but it’s hard to think of him as anything other than “that poor Blackwood kid.” Imagine: You’re too young for chest hair and your family sends you to go propose to the most powerful woman in the land, and some dick twice your age (not saying much) starts making fun of you! Not a great day by any stretch of the imagination, especially when it ends with you stabbing the guy in one of the least heroic battles ever seen on screen. Sure, violence is never the answer, but you really gotta pity this poor so-and-so, who doesn’t seem particularly well-suited to the demands of this world.

Sucks to be this guy, who just wants to do his job — keep the princess safe — without unnecessary complications caused by aforementioned princess, like running off into the woods or getting seduced by her. It does seem to be a proper seduction, once Rhaenyra pushes past his defenses, and after the previous sexual content of this episode it’s a relief to watch a scene where both participants are indicating enthusiastic consent and aren’t, y’know, related to each other. To be clear, sleeping with the princess is a bad idea and it probably won’t work out well in the long run for Ser Criston, but for right now, he still deserves more pity than judgement.

This is an opinion largely driven by Emily Carey’s performance, but of everyone involved in the nascent scandal of Daemon and Rhaenyra’s, um, interlude, Alicent is the most honest and honorable in the mix. She genuinely seems to be lonely and depressed, struggling to find contentment in her position, grateful for Rhaenyra’s return from tour, and above all else hopeful that she and her once-dear friend can reconnect.

And even once she hears the scandalous rumor, she goes directly to Rhaenyra to discuss it, and yeah, Rhaenyra lies her ass off, but Alicent believes her, and even defends her to Viserys! In press leading up to the show’s premiere, Alicent was at times compared to Cersei Lannister, but right now it’s really hard to see that connection. #TeamAlicent. 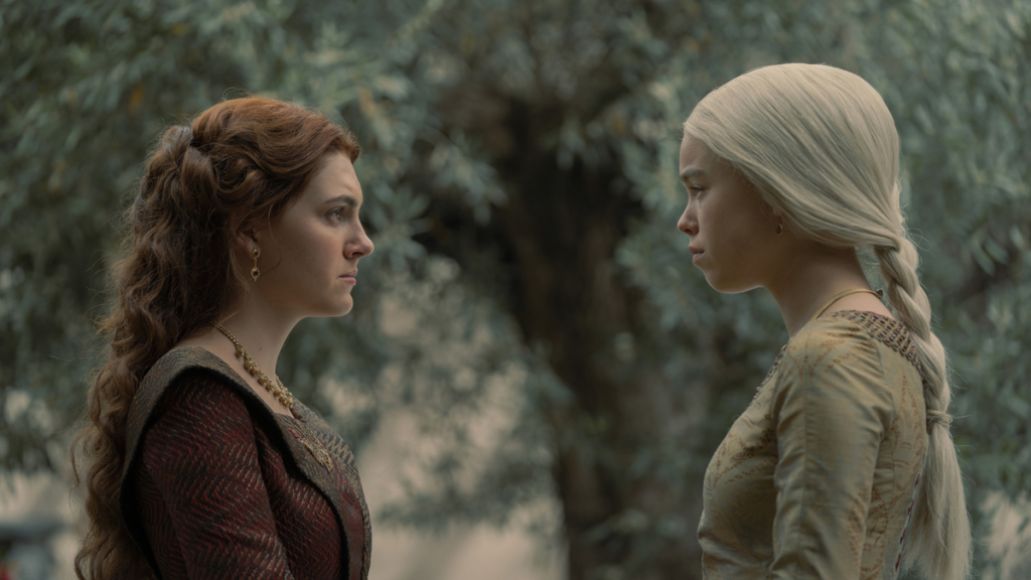 House of the Dragon (HBO)

House of the Dragon Episode 4: The Worst People in Westeros, Ranked