Pentatonix continue their legacy as one of the holiday’s most magical tickets with “A Christmas Spectacular Tour,” the quintet’s 2022 production that’ll double as the debut for their latest album, Holidays Around the World. The album arrives on October 28th, only weeks before the 22-date arena trek kicks off.

Founding member Scott Hoying previewed the tour in a statement, saying, “The holidays have taken on a new meaning for all of us over the past couple of years. We cherish this time of year more than ever. However, we wanted to spread this message as far as possible. That’s why we decided to bridge the gap between cultures and genres in a way we never have before.”

What Is Pentatonix’s Next Tour?

“A Christmas Spectacular Tour” begins in Oakland on November 17th. The group spends the first few days in snowy Utah and Colorado before diving south to Fort Worth, Texas, Tulsa, Oklahoma, and Lincoln, Nebraska. They cover the Midwest from Sioux Falls, South Dakota to Green Bay, Wisconsin, then open December in Illinois, Kentucky, and Indiana.

They’ll play Memphis on December 10th, Nashville on December 11th, and two shows in Florida between Jacksonville and Hollywood. After heading up the East Coast via North Carolina and Virginia, Pentatonix stops in Hershey, Pennsylvania on December 20th and wraps up on December 22nd at Connecticut’s Mohegan Sun Arena.

Who Is Opening for Pentatonix on Tour?

The a cappella act will be joined on their “Christmas Spectacular Tour” by sibling trio and winners of The Voice Season 21, Girl Named Tom. The two groups make a perfect pair considering Pentatonix also had their first big break as winners on the 2011 season of the singing competition show The Sing-Off.

How Can I Get Tickets for Pentatonix’s “A Christmas Spectacular Tour”?

Pentatonix tickets have been released already to the group’s Patreon subscribers, with an exclusive pre-sale announced at the same time of their Christmas album reveal. A Live Nation pre-sale opens on Wednesday, September 21st at 10:00 a.m. local time (use code VENUE), and a Spotify pre-sale runs the same day along with early access to VIP packages. Girl Named Tom will host their own pre-sale on Thursday, September 22nd at 10:00 a.m. local time for fans who register to the group’s mailing list via their website. Meanwhile, a Ticketmaster pre-sale and location-specific venue and radio offers begin the same day.

What Are Pentatonix’s 2022 Tour Dates?

See Pentatonix’s full list of tour dates below, and get tickets to all of their upcoming concerts here. 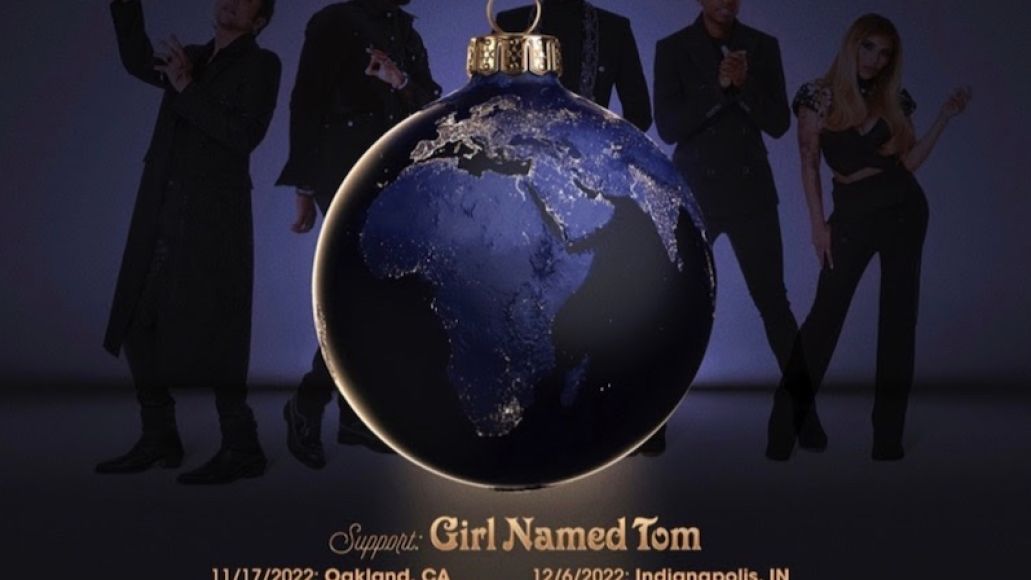 How to Get Tickets to Pentatonix’s 2022 Christmas Tour