The Pitch: The new David Bowie documentary, Moonage Daydream, succeeds not only for what it is, but what it isn’t. That has a lot to do with the clichés — and, occasionally, limitations — of the well-trodden format of the music documentary.

We know bad ones — or just boilerplate ones — when we see them. They typically open in medias res; the subject mumbles something backstage through celluloid grain and a plume of smoke. Here come the talking heads: Jakob Dylan, Dave Grohl, Bono. The director takes us from the cradle to the grave — and you’re left a few bucks poorer, wondering if this is all music is, in the end.

But never fear: Brett Morgen is at the wheel of Moonage Daydream, the new documentary plumbing the depths of Bowie. You may remember Morgen because he directed Kurt Cobain: Montage of Heck, that impressionistic 2015 masterstroke that overwhelmed viewers with the Nirvana leader’s essence — not just the Wikipedia-style bullet points, with LP covers hovering in an iMovie-looking void.

Despite Buzz Osborne of the Melvins’ kvetching about its factuality — and the film losing a little bit of cachet because of it — Montage of Heck remains the gold standard of music docs. By the end of its maelstrom, you felt immersed in Cobain’s very soul. And thankfully, Moonage Daydream is an accomplishment of a similar scale.

More of a long music video than a tedious drive through history, the film spends two captivating hours rolling around in surreal audiovisual representations of what made Bowie tick. But if you think that involves sordid tales, like when he flirted with Nazi iconography and black magic while blasted on outrageous amounts of blow, think again: Moonage Daydream is a jaw-dropping exploration of a 69-year-long life lived magnificently.

The Vibe: Chronology is elastic in the film. While Bowie’s various incarnations, like Ziggy Stardust and the Thin White Duke, get ample screen time (it’d be unimaginable otherwise), they’re less reported on in chronological order than left to float in a fishbowl, making natural and spontaneous connections. Throughout, Morgen leans psychological; time and memory loom heavily.

Most grippingly, Moonage Daydream directly addresses one of Bowie’s deepest fears; perhaps exacerbated by the cornucopia of substances he ingested across the decades, he felt in danger of succumbing to the schizophrenia that gripped his brother, Terry Burns.

Ten years older than his famous brother, Burns was instrumental in making Bowie the man and artist he was. He introduced him to outré culture in a multitude of forms, like modern jazz and the works of William S. Burroughs. This is an already public and well-trod aspect of Bowie’s story, but until you behold this film, you won’t grasp how he externalized those visions from the outer rim — trying to keep his demons at bay by blowing them up into world-beating cultural moves. 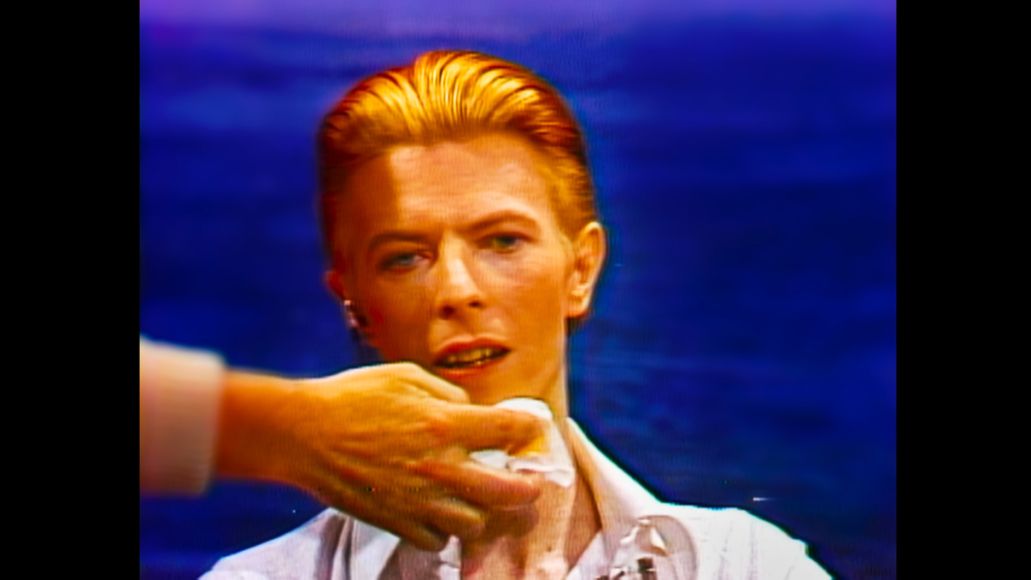