Paramore have made their return official with the announcement of their new album, This Is Why. It’s out February 10th, 2023 via Atlantic Records and is previewed by the title track, which you can hear today.

The 10-track follow-up to 2017’s After Laughter was recorded in Los Angeles with longtime collaborator Carlos de la Garza and features cover art shot by Zachary Gray. No tracklist has been released as of yet, but you can check out the artwork below. Pre-orders are ongoing.

In an interview with Apple Music 1’s Zane Lowe, singer Hayley Wiliams described the band’s new sound as leaning into some of their earliest influences like “electro clash and stuff that had a lot of groove.” She added that drummer Zac Farro “plays some of his most aggressive stuff on this record,” but there’s also “some beautiful restraint that I think shows up in all of us in different parts that really allows other things to speak.”

These influences can be heard in “This Is Why,” a cathartic rebuke for people whose toxic opinions would be better left unheard. “This is why I don’t leave the house,” Williams shouts on the chorus. “You say the coast is clear/ But you won’t catch me out.”

Williams revealed it was the last song the group wrote for the album in a press statement. “To be honest, I was so tired of writing lyrics but Taylor [York] convinced Zac and I both that we should work on this last idea,” she recalled. “It summarizes the plethora of ridiculous emotions, the rollercoaster of being alive in 2022, having survived even just the last 3 or 4 years.”

She continued, “You’d think after a global pandemic of fucking biblical proportions and the impending doom of a dying planet, that humans would have found it deep within themselves to be kinder or more empathetic or something.”

Watch the video for “This Is Why,” directed by Turnstile’s Brendan Yates, below.

Starting on October 2nd, Paramore will head out on their first North American tour in four years. Grab your tickets now via Ticketmaster.

This Is Why Artwork: 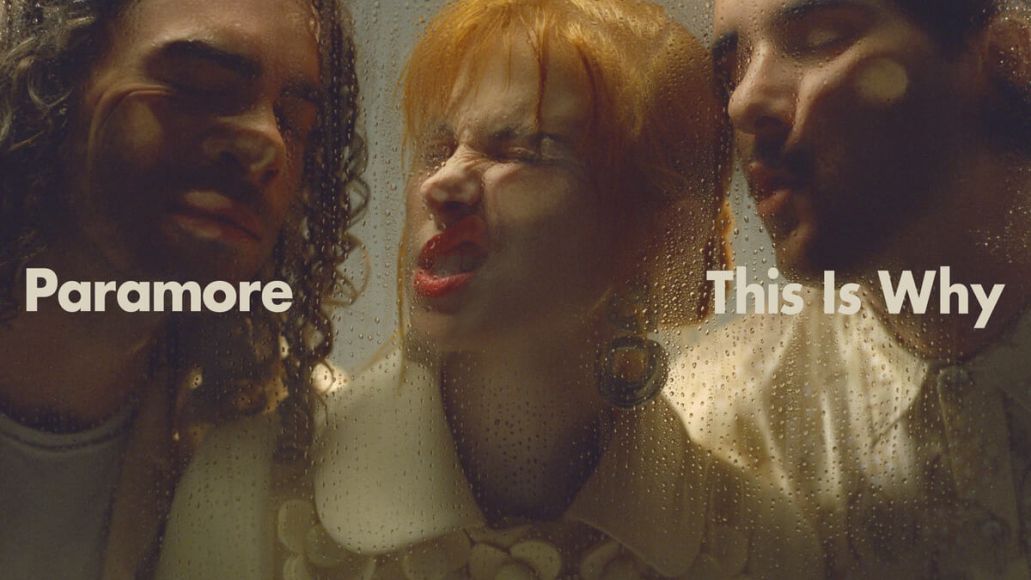