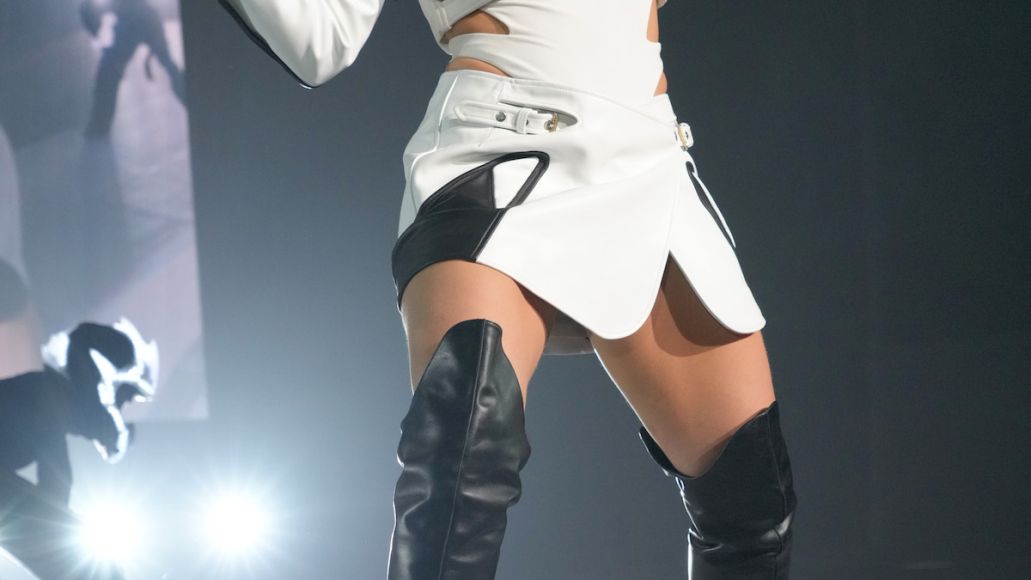 The night’s unbeatable energy booster came during a medley of her many features, including “Relación’ with Sech and “TKN” with Travis Scott, during which she invited several fans onstage. The crowd-pleasing collection was capped by the MOTOMAMI+ single, “DESPECHÁ,” and transitioned smoothly into a mini-medley between the fellow fresh track “AISLAMIENTO” and a restyled verse from The Weeknd’s “Blinding Lights” remix that featured the singer.

Rosalía ripped through “MALAMENTE” despite some initial in-ear monitor issues that she described as her “voice appearing and disappearing,” then smoldered her way through her cover of Justo Betancourt’s “DELIRIO DE GRANDEZA.” She showed no signs of winding down during the heated choreography and fish-eye lens face-downs on “Con Altura,” and after a few minutes break, rolled into the encore.

The singer and her motopapis returned on scooters before launching into “CHICKEN TERIYAKI,” easily one of the most welcomed songs of the night considering her numerous shout-outs to “Nueva York.” She kept the audience guessing with her follow-up, the MOTOMAMI album closer “SAKURA,” which positioned her at the corner of the stage against a projection of falling snow and elicited yet another palpable silence from the crowd.

She cruised off with “CUUUUuuuuuute” in a strobe-filled finale that offered one last reminder of everything Rosalía can do: leading the charge over rapturous percussion, she pulled off some final impeccable balladeering that shifts at hairpin turns. Finally, she gave one more knowing glance to the audience, inviting them out for the next ride.

Catch Rosalía for night two at Radio City Music Hall on Monday, September 19th, followed by the rest of her US run and European leg in November. Grab you seats via Ticketmaster.