Sabaton have announced a trilogy of EPs titled Echoes of the Great War. The EPs further explore the history of World War I, and the band has released the first collection, Weapons of the Modern Age, which is now streaming.

The new EP arrives amidst Sabaton’s fall North American tour. The band plays in Dallas on Friday night (September 30th) and continues on the road through an October 23rd gig in New York City, with tickets available via Ticketmaster.

The Swedish power metallers have been digging deep into the first World War, having released two concept albums on the topic, The Great War (2019) and The War to End All Wars (2022). Based on a sampling of the first EP in the trilogy, fans can expect plenty of historically accurate lyrics paired with a heavy dose of fist-pumping, power-metal riffage.

“This trilogy complements our two studio albums The Great War and The War to End All Wars,” bassist Pär Sundström said. “We were definitely not ready to close our World War I chapter. We wanted to continue the journey and let it echo a little longer in the hearts and minds of our fans.”

Weapons of the Modern Age specifically focuses on the technological and scientific leaps seen during World War I.

“The First World War witnessed some of the biggest leaps in scientific evolution, weaponizing land, sea and skies in ways never witnessed before,” states the band’s press release. “This EP sheds light on the powerful and devastating tactics used to fight the war.”

While there is no set date for the other two EPs, you can pre-order the limited CD version of Weapons of the Modern Age via Sabaton’s website. Stream the EP and see the artwork and tracklist below.

Weapons of the Modern Age Artwork: 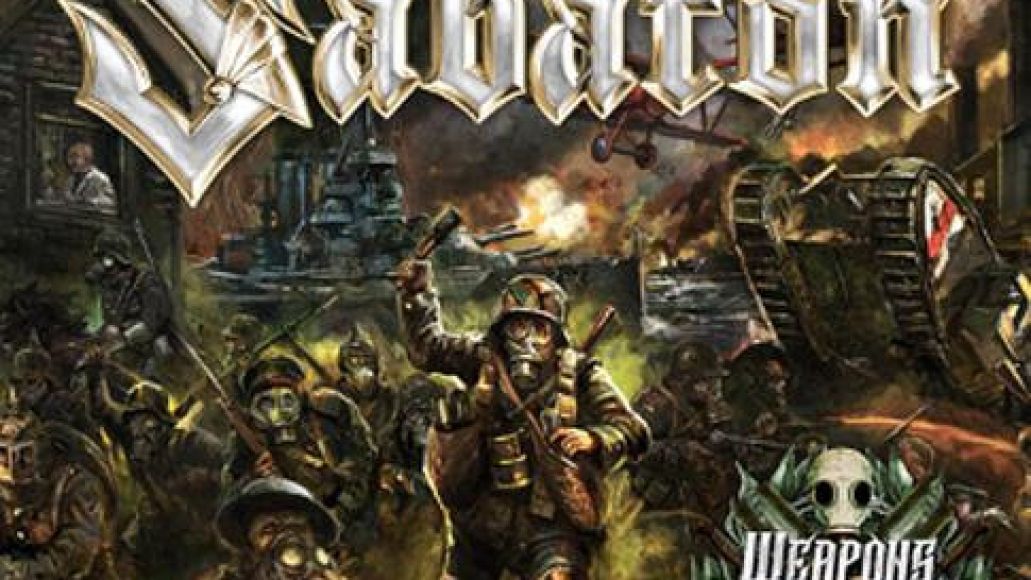 Weapons of the Modern Age Tracklist:
01. Father
02. The Red Baron
03. Dreadnought
04. The Attack of the Dead Men
05. The Future of Warfare
06. Stormtroopers