This review is part of our coverage of the 2022 Toronto International Film Festival.

The Pitch: To his online students, Charlie (Brendan Fraser) is a barely tolerable expository writing instructor with a little too much emotional investment in the power of truthful writing and a perpetually broken webcam. Behind the black square in the middle of their Zoom meetings, Charlie is a 600-pound recluse whose only visitors are his best friend Liz (Hong Chau), his regular pizza delivery person, and a door-to-door evangelist who becomes oddly fixated on saving him (Ty Simpkins).

When Charlie’s health begins to rapidly deteriorate, because he is fat, Liz, who is a nurse, begs him to go to the hospital. But he has no interest in treatment. Instead, he reaches out to his estranged daughter (Sadie Sink) to make one last desperate attempt to connect with her in the time he has left on this earth in his fat body. Also, Charlie is very fat.

The Good News: Darren Aronofsky‘s cinematic adaptation of Samuel D. Hunter’s play of the same name, for which Hunter wrote the screenplay, is at least a little better than the oddly quippy repertory productions you can find on YouTube. It’s staged and shot in a way that makes solid use of its single set, and everyone in the small cast brings their A game, especially Hong Chau, who at this point appears to be incapable of turning in anything less than a stellar performance.

As for Brendan Fraser, his big comeback performance often comes close to living up to the substantial and snowballing hype it’s received so far. In fact, he’s so good — so utterly human — in the role that it might obfuscate the extent of the problems with this film for many viewers. Any feelings that you are able to connect to Charlie, beyond disgust or pity, are 100 percent due to Fraser’s efforts. Those substantial efforts aren’t enough to overcome the rot at the heart of this film, though.

The Elephant in the Room: We have to talk about the fat suit. It’s not a simple bit of extra set dressing or a minor misstep. Given the way the suit is shot — with so many lingering closeups on Charlie’s ankles, neck, and belly — it’s arguably the actual star of the film. There’s really no aspect of The Whale that isn’t influenced by its presence.

The story suffers because it’s written and adapted for the screen by a thin man who decided to make his main character fat because he presumed that the majority of audience members would feel an instant distance from him and the writer could, over the course of the play, challenge them to empathize with his creation. (This isn’t conjecture. Hunter has said this himself.) 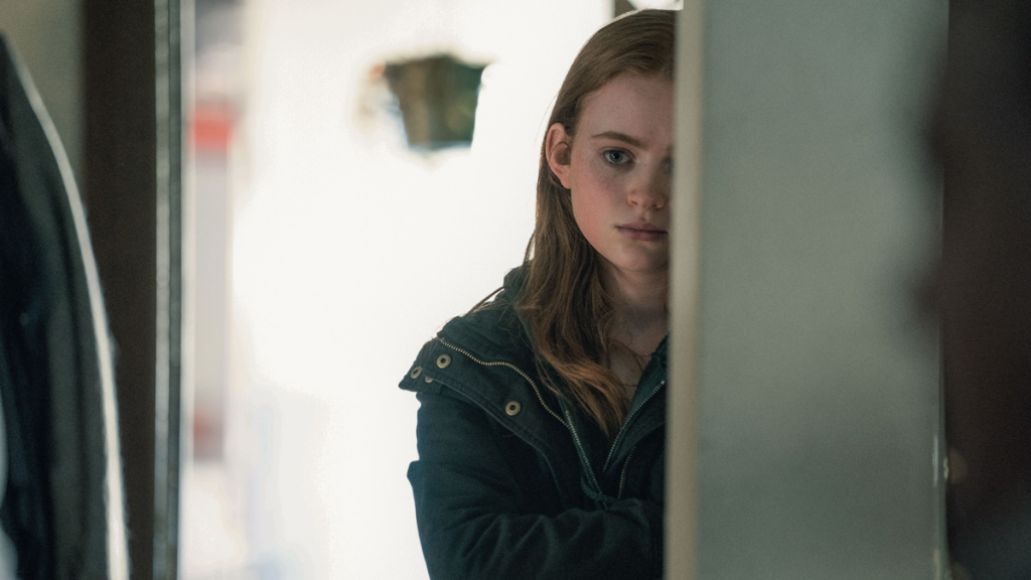 But there’s only so much humanity that you can find in a character that was born as a thought experiment and designed to be played by someone who doesn’t actually look or live like him, for an audience that the artist clearly never assumed would look or live like the character, either. It would also take a thin person who hasn’t spent a lot of time thinking about fat peoples’ realities to treat Sad Fat Man Eats Feelings as a powerful plot point, and not an oversimplified stereotype that real-life fat people have been struggling against forever.

The direction suffers because Aronofsky is so enthralled with the grotesque potential of the body at the heart of his film that he’s often unable to focus on anything else. So we get extended sequences of voyeuristic leering at Charlie that come across as a wannabe Aphex Twin video that’s trying to pass itself off as sensitive art instead of provocation. Shots of pizza slices resting on his stomach. Grease and sauce lingering on his face.

Even Fraser’s excellent performance is diminished by the fat suit. Not because it limits his movement and expression, but because the fat suit and the way Charlie’s fatness is treated by the whole film undercuts every genuine moment he brings to the screen. For every scene where his eyes seem to contain the entirety of human suffering or his wavering voice belies a broken hope, there’s a wolfing down of a bucket of chicken or a groaning and wheezing attempt to stand up that veers dangerously close to caricature.

The Verdict: I don’t believe that stories should only be told by people who 100 percent represent the characters they write, direct, and play. But I do think that, if the purpose of a work of art is to imagine a world or a life outside of your own, you actually have to make the effort to imagine it. To ask yourself how you would feel living as a full-fledged human being with a life and experience outside of your own, not just casually imagine how you might feel as yourself in a hypothetical situation.

And it’s especially important to put that effort in when people like your subjects have rarely had their own opportunities to tell their own stories. With so little source material to work with, you need to be careful that your art isn’t based on your own biases and the biases of other artists who are more like you than your characters. It can be the difference between “How might I feel if I were living a life like Charlie’s?” and “Wow, I bet it would suck to be that fat and I bet everyone around me would grossed out, too!”

Despite the best efforts of the stars involved, The Whale is hopelessly stuck in the latter approach — a specular failure of empathy, that prattles on about truth for almost two hours… but offers little more than shadows on a cave wall.

Where to Watch: Following its festival run this fall, The Whale premieres in theaters on Friday, December 9th.