The Pitch: In the 19th-century kingdom of Dahomey, a West African nation now known as Benin, General Nanisca (Viola Davis) leads an all-woman military unit known as the Agojie, or the King’s Guard, in the fight against slave traders both domestic and foreign.

With that tagline — Viola Davis in a war movie with a Black feminist undertone? Go ahead and start the Oscar campaign — The Woman King could easily be a shallow project, one intent on Saying Something about the power of women while placing its protagonists neatly on the right side of man’s greatest evil.

Fortunately for us, The Woman King comes out as a real epic thanks to a magnetic cast and the direction of Gina Prince-Bythewood (Love & Basketball, The Old Guard), who has long mastered the melding of athleticism and drama. The film combines its two main themes — battle and its politics — in equal, healthy doses, enrapturing you in both war’s merciless physicality and the moving connections forged between those involved.

Fight, or We Die: It’s 1823, and the Kingdom of Dahomey is rich — thanks, in so small part, to its participation in the slave trade. Like many African nations, the kingdom sells its prisoners of war as slaves, either to other tribes or to Europeans. But Nanisca wants the practice to end.

While Europeans see Damomey’s King Ghezo (John Boyega) as a business partner, the General stresses that their truce is only temporary; the white man won’t hesitate to put Dahomey natives on the selling block when other options run out. At the same time, on the home front, the neighboring Oyo Empire has become a mounting threat, and once the Agojie raid the Oyo-adjacent Mahi people, it’s clear that battle is imminent.

As a war movie, The Woman King soars. Its cast performed many of their own stunts, and their training is evident from the realistically, captivatingly brutal opening scene. Nanisca leads a pack of women who are unafraid to slit throats, snap necks, and stand with daggers digging into their chests. Later in the film, one woman snaps another’s broken arm back into place. Prince-Bythewood has cited Braveheart, Gladiator, and The Last of the Mohicans as fight-scene inspirations, and the film quickly cements itself as their equal in this regard. 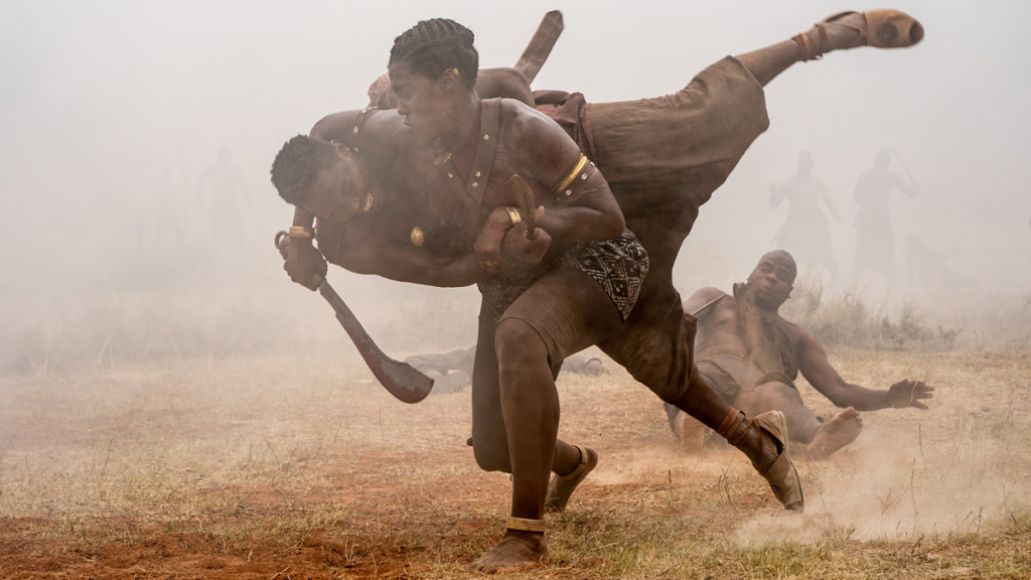