Kanye West has gone off the rails once again. After publicly feuding with Gap and Adidas all summer over his dissatisfactory partnerships with the companies, he kicked off October by wearing a “White Lives Matter” sweater at a surprise Yeezy fashion show.

The message received strong pushback from many celebrities, including Diddy. West made their heated exchange public by posting screenshots of their texts on Instagram, including one message in which he implied Diddy is controlled by Jews.

His account was then restricted by Instagram, after which West jumped to Twitter for the first time in two years. Following an unrepentantly antisemitic tweet in which he threatened to go “death con 3” on Jewish people, he was also locked out from Twitter.

Just days later, it was revealed West made several disparaging comments about Jewish people during a sitdown with Fox News pundit Tucker Carlson that were edited out of the two-part interview that eventually aired.

By late November 2022, West took an even darker turn by bringing alt-right figures like Milo Yiannopoulos and Nick Fuentes into the fold for a planned 2024 run for president. In early December, he publicly praised Hitler on Alex Jones’ InfoWars program.

None of this antisemitic behavior was new for West. There are at least three other instances in the past when he has either put Hitler in a positive light or perpetuated negative stereotypes against Jewish people. It just wasn’t brought to the public’s full attention until now.

See a timeline of West’s troubling history of antisemitism below.

Midway through his set at Big Chill Festival in England, West compared himself to Adolf Hitler, saying that he felt as hated as Nazi dictator. “I walk through the hotel and I walk down the street, and people look at me like I’m fucking insane, like I’m Hitler,” he said. “One day the light will shine through and one day people will understand everything I ever did.”

During an interview on New York hip-hop station Power 105.1, West referred to the age-old stereotype that Jewish people control the government while explaining why then-President Barack Obama wasn’t able to enact policies.

“Man, let me tell you something about George Bush and oil money and Obama and no money,” he said. “People want to say Obama can’t make these moves or he’s not executing. That’s because he ain’t got those connections… Black people don’t have the same level of connections as Jewish people… We ain’t Jewish. We don’t get family that got money like that.”

The Anti-Defamation League later shared a statement explaining why West’s comments were so problematic. “There it goes again, the age-old canard that Jews are all-powerful and control the levers of power in government,” said the national director Abraham H. Foxman. “As a celebrity with a wide following, Kanye West should know better. We hope that he will take responsibility for his words, understand why they are so offensive, and apologize to those he has offended.”

In December 2013, West told Chicago radio station B96 that his comments were taken the wrong way. “I thought I was giving a compliment, but if anything it came off more ignorant,” he admitted. “I don’t know how being told you have money is an insult.” He added that he would like to officially “take that statement away.”

West allegedly said he “loved Hitler and the Nazis” during an infamous visit to TMZ when he also said “slavery was a choice,” according to media personality Van Lathan, who worked for the website at the time. Van Lathan spoke about the edited-out comments on his Higher Learning Podcast following the rapper’s recent string of antisemitic statements.

“I knew that [antisemitism] was in him because when he came to TMZ, he said that stuff and they took it out of the interview,” Van Lathan recalled. “If you look at what I said at TMZ, it goes from me saying like, ‘Hey Kanye, there’s real-life, real-world implication to everything that you just said there.'”

He continued, “What I say after that — if I can remember, it’s been a long time — was, ’12 million people actually died because of Nazism and Hitler and all of that stuff,’ and then I move on to talk about what he said about slavery. The 12 million people part is not in there because they took it out, and the reason they took it out is because it wouldn’t have made sense unless they kept in Kanye saying he loved Hitler and the Nazis, which he said when he was at TMZ. He said something like, ‘I love Hitler, I love Nazis.'”

While sitting down with Fox News pundit Tucker Carlson for a sprawling two-part interview, West made antisemitic comments later obtained by Vice’s Motherboard that were edited out before it aired.

At one point, West once again referred to the stereotype that Jewish people control financial systems while saying he would prefer his kids were taught about Hanukkah instead of Kwanzaa because “at least it will come with some financial engineering.”

He also referred to the belief that Black people are the true Jewish race, which is often used to promote antisemitism against non-Black Jews. “When I say Jew, I mean the 12 lost tribes of Judah, the blood of Christ, who the people known as the race Black really are,” West said. “This is who our people are. The blood of Christ. This, as a Christian, is my belief.”

West added that he thought Planned Parenthood was created in order to “control the Jew population.” 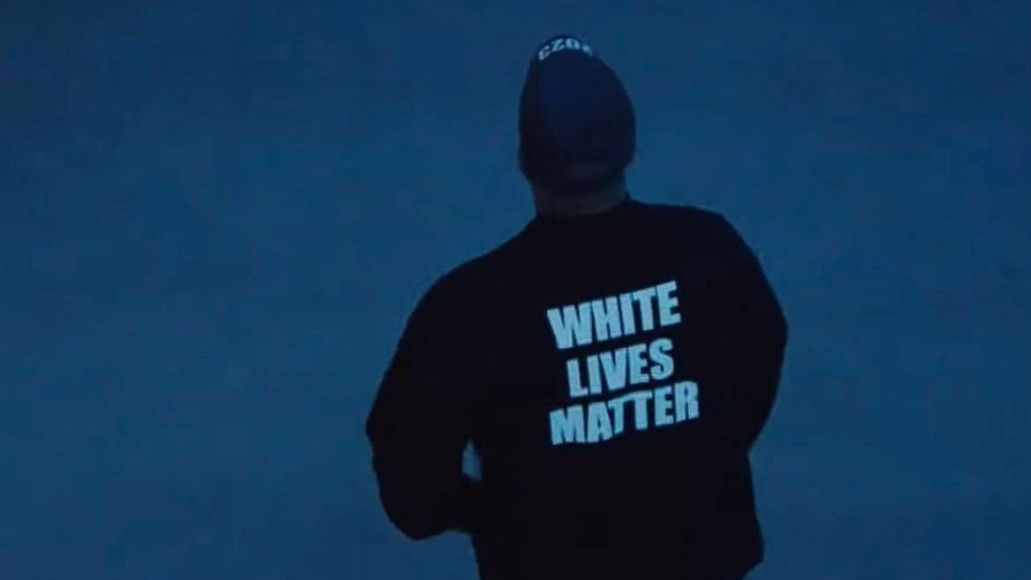 After West wore the “White Lives Matter” sweater, the rapper was rebuked by many celebrities, including Diddy. West shared screenshots of a heated exchange between the two of them on Instagram. The conversation devolved into threats of physical violence and eventually led to him implying Diddy is controlled by Jews.

“This ain’t a game Ima use you as an example to show the Jewish people that told you to call me that no one can threaten or influence me I told you this was war Now gone get you some business,” West wrote in a since-deleted post.

A Timeline of Kanye West's Antisemitism