Adam Sandler is heading back out on the road for a Fall 2022 standup tour. The 22-city US trek will feature a currently unannounced surprise guest.

The arena tour kicks off on October 20th in Uncasville, Connecticut ahead of stops in Boston, Atlantic City, Tampa, Raleigh, San Diego, Las Vegas, and more. It will wrap up in Phoenix, Arizona on December 11th.

Sandler last took his signature blend of comedy and music on the road in 2019 following his Netflix special 100% Fresh, which hit the streamer one year earlier. Since then, he has given the performance of his career in Uncut Gems, starred as a basketball scout in the sports drama Hustle, and played a more comedic role in Hubie Halloween. 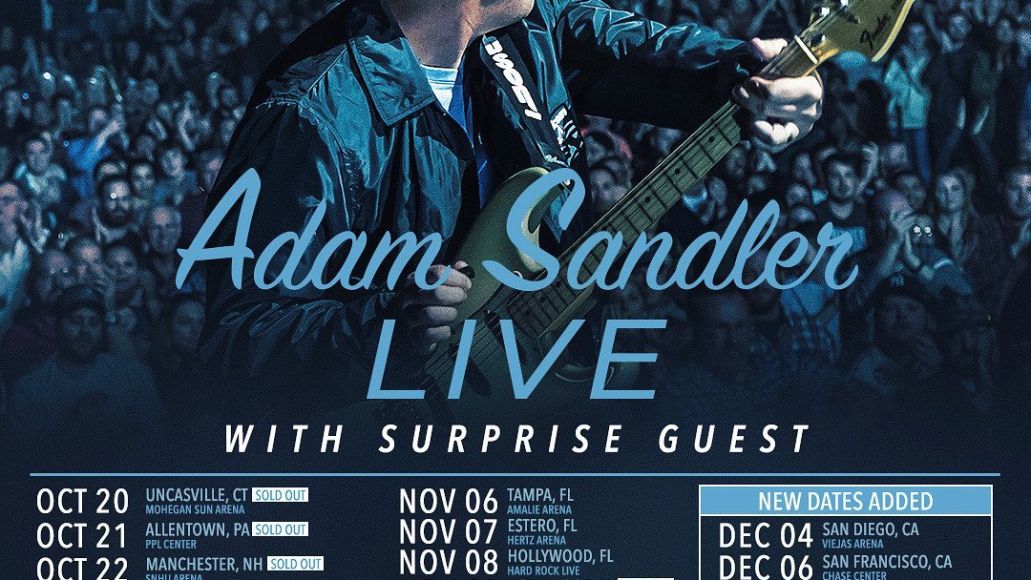 Editor’s Note: This article has been updated to include news of Sandler’s west coast tour dates.