After sharing a sneak peek with attendees of this year’s D23 convention, Marvel has finally unleashed the full trailer for Ant-Man and the Wasp: Quantumania.

Set to kick off Phase 5 of the Marvel Cinematic Universe (unless Secret Invasion gets a surprise early release) on February 17th, 2023, the third Ant-Man film introduces us to the MCU’s next big bad: Kang the Conqueror (Jonathan Majors). Fans met a variant of the villain — called He Who Remains — in Loki, but Quantumania will bring forth the “warrior” version of the character.

As the new preview reveals, Ant-Man (Paul Rudd) is living in the glory of being an Avenger, even receiving “Employee of the Century” from his old Baskin Robbins boss (Gregg Turkington), despite being fired after just one day. However, he soon finds himself sucked back into the Quantum Realm alongside his daughter, Cassie Lang (Kathryn Newton). The Wasp (Evangeline Lilly), Janet Van Dyne (Michelle Pfeiffer), and Dr. Hank Pym (Michael Douglas) get pulled in too, but must traverse the mind-bending landscape of this micro-universe to reunite with the Langs. The journey brings them face to face with the Quantum Realm’s strange inhabitants (including Bill Murray!) and a dangerous new foe in Kang — whom Janet seems to already know.

The preview also gives us a look at Cassie’s Stature suit, but there’s no sign of Randall Park, who’s set to return to his role of Jimmy Woo. Director Peyton Reed is back behind the camera for his third Ant-Man movie, this time working from a script by Jeff Loveness (Rick and Morty).

Check out the Ant-Man and the Wasp: Quantumania trailer below, follow by the first official poster.

The movie will be the first of nine (!!) MCU Phase 5 entries coming in 2023. On the big screen, we’ll also see Guardians of the Galaxy Vol. 3 (May 5th) and The Marvels (July 28th). Disney+, meanwhile, is scheduled to bring us What If…? Season 2, Secret Invasion, the Hawkeye spinoff Echo, Loki Season 2, the Black Panther: Wakanda Forever spinoff Ironheart, and Kathryn Hahn’s WandaVision spinoff Agatha: Coven of Chaos. It’s all just the first steps leading up to Avengers: The Kang Dynasty, due out May 2nd, 2025. 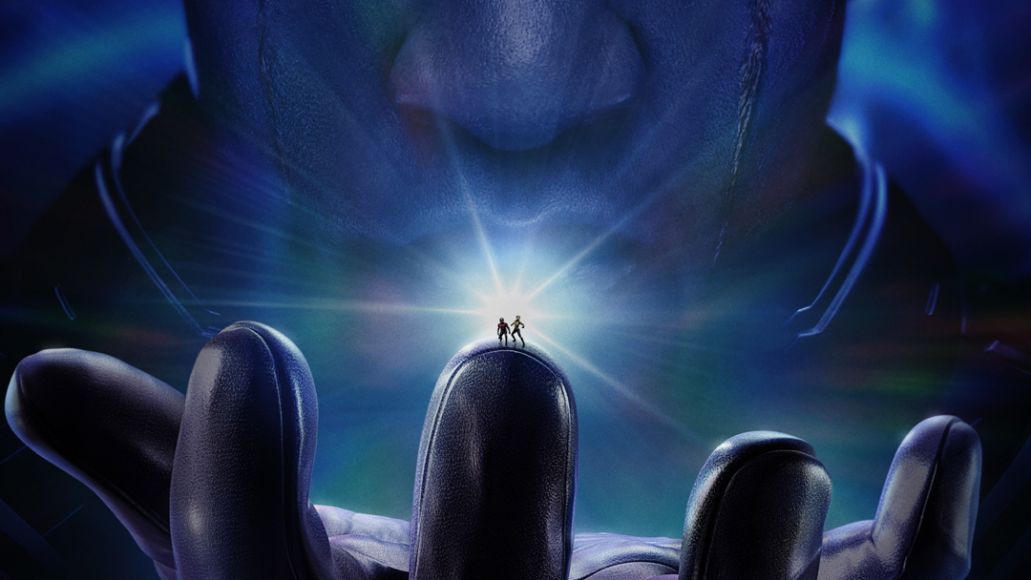 Yes, a Bear Does Cocaine in the Awesome New Trailer for Cocaine Bear: Watch