The Pitch: James Gray, an experienced outer-borough tour guide, brings us closer to his own Queens past in Armageddon Time, a semi-autobiographical coming-of-age drama (though he says he wasn’t aiming for that genre; more on that later).

The film follows 12-year-old aspiring artist Paul Graff (Banks Repeta) as he struggles with school, makes a friend in his classmate Johnny (Jaylin Webb), clashes with his parents Irving (Jeremy Strong) and Esther (Anne Hathaway), and takes solace in the love of his grandfather (Anthony Hopkins). The 1980 presidential contest looms in the background; at one point, kids at a posh private school start an impromptu chant for Reagan at the mere mention of elections, just before an assembly featuring none other than Mary Anne Trump (played, in a cameo, by Jessica Chastain).

Shining City on a Hill: In case the Reagan footage and Trump family weren’t enough of a tipoff, Armageddon Time is far from an Awesome ’80s nostalgia trip — not least because it’s really, as Gray discussed at a New York Film Festival press conference, capping off the tumult of the late ’70s and observing how they helped clear the way for capitalistic excesses to come.

The Graff family seems at least somewhat aware of these bad turns — they all goggle in disbelief as Reagan ascends — but like a lot of white, middle-class folks, they aren’t always especially equitable or nuanced in their judgments. As a Jewish family, they understand American prejudices in the form of anti-Semitism and, theoretically, racism, while delivering mixed messages on race in their workaday lives.

Paul’s grandfather, for example, encourages the boy to stand up to racist classmates at his new private school — which he’s only reluctantly attending because his grandfather pushed for a transfer from the “overcrowded” (read: increasingly non-white) public school. Gray attempts to capture this push and pull, as well as Paul’s in-betweener status as a 12-year-old capable of both childlike fantasy and teenage rebellion. 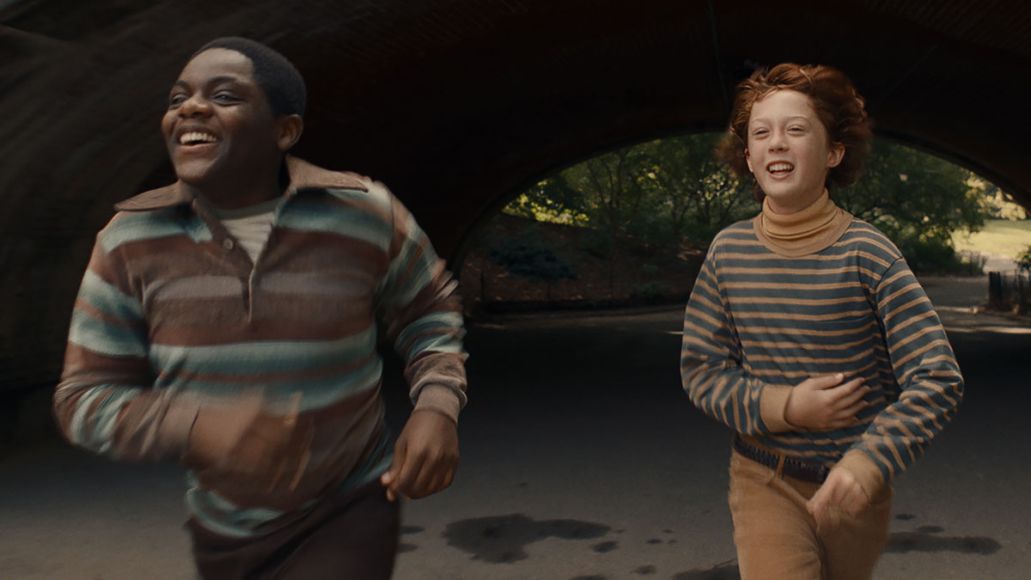 Imitation of Life: These attempts are typical of the substantial ambitions visible even in Gray’s more intimate films. (His last one sent Brad Pitt into deep space to sort out his daddy issues.) The results here are also typically uneven, with a wobbly sense of reality that never fully commits to impressionistic memoir — which is another way of saying that Gray’s characters and situations are compelling in broad strokes but often vaguely unbelievable on a scene-to-scene basis.

When Irving and Esther’s levels of strictness, attentiveness, and racism vary so often, is Gray dramatizing life’s inconsistencies, or unsatisfyingly imitating them? It seems more like the latter, especially when considering how many other details feel equally erratic. Paul’s public school teacher, for example, has a far narrower purpose of acting as an irredeemably foul-tempered adversary, and still doesn’t make much sense: He singles out Johnny as a troublemaker because of the boy’s race, relentlessly harangues both Johnny and Paul, yet doesn’t notice when the boys bail on a school field trip halfway through the day?

It’s Johnny who suffers most from Gray’s expansive narrative. His quick camaraderie with Paul is sweet, and the young actors convey it well, so it takes a little while to realize that Gray isn’t up to the tasks of either fully digging into Johnny’s experience as a young Black man, or imbuing him with substantial depth through Paul’s eyes. Even more than Gray’s other creations, Johnny’s presence starts to feel like a writer’s convenience.

Gray complements his sketchy plotting with stilted dialogue that requires an Anthony Hopkins-caliber actor to smooth over. Unfortunately, only one of the actors is Anthony Hopkins, who does a beautiful job as Paul’s beloved grandfather, and makes Gray’s weird patter sound natural, even poetic.

Anne Hathaway also does fine, grounded work as Esther, but she’s paired with an overacting Jeremy Strong as her on-screen husband, and they tag-team rather than gelling as an ensemble. Their big scenes together are a casualty of Paul’s point of view — overheard boilerplate in place of a more detailed relationship. Armageddon Time holds your attention not by linking together great scenes, but with the hope that its best moments will add up to something greater.

The Verdict: Gray’s many fans will probably love Armageddon Time, and it may even win over some more neutral viewers who respond to his decidedly non-nostalgic look at a pivotal (and not especially promising) moment in U.S. history.

But anyone who has found his movies less articulate than the ideas behind them will only get occasional respite here. At that press conference, Gray intriguingly described this project as a kind of ghost story version of his past. Unfortunately, that quality is borne out mainly in Darius Khondji’s evocatively dusky cinematography, rather than the rest of the film.

Where to Watch: Armageddon Time opens in limited release on October 28th.