The Pitch: Thousands of years ago, in the fictional Middle Eastern kingdom of Kahndaq, an evil king enslaved his people to mine for a precious ore. One young boy rose up to challenge the king, and his bravery was noticed by some wizards with the ability to grant the pure-of-heart awe-inspiring powers. (Cool idea for a superhero origin — definitely sounds familiar.) Stories about what happened to the boy once he was able to harness those powers and defeat the king are vague, but the resulting hero, known as Teth Adam (Dwayne Johnson), was not heard from again.

Until the present day, that is, a time when Kahndaq is largely under the control of outside mercenaries who are also trying to mine for the unobtanium vibranium adamantium eternium there. Despite their strict control, the mercenaries can’t seem to track down Adrianna (Sarah Shahi), a resistance fighter/university professor whose knowledge of relics enables her to summon Teth Adam from his dormant state — just in time to protect her and her son, Amon (Bodhi Sabongui), and maybe save Kahndaq itself.

The catch is that Teth Adam’s not the only super-powered person around — and while he has no interest in being a hero, there are a few actual good guys who have a problem with his tactics. Not to mention that after the discovery of the evil king’s crown (made of eternium), a whole new threat is in store…

Not All Capes Are Worn by Heroes: It’s a curious time for DC Comics at the movies, due largely to the lack of a strong corporate/creative strategy that would unify the multiple ongoing projects into one interconnected franchise. But despite that, Black Adam leans hard into its place as a part of a larger story, not hiding the character’s connections to Shazam and ultimately ending with a tease of more action to come.

It’d be easy but time-consuming to list the ways that Black Adam follows the well-established patterns of comic book adaptations today, so instead let’s acknowledge what makes it different. Black Adam (a name he doesn’t claim immediately, but let’s just call him that for simplicity’s sake) rejects the idea of being a hero — this is a point the movie is very, very unsubtle about. His appearance in modern times causes Suicide Squad stalwart Amanda Waller (Viola Davis, technically phoning in her role via viewscreens, but nonetheless as much of a badass as ever) to enlist some “real” heroes to keep him in check. 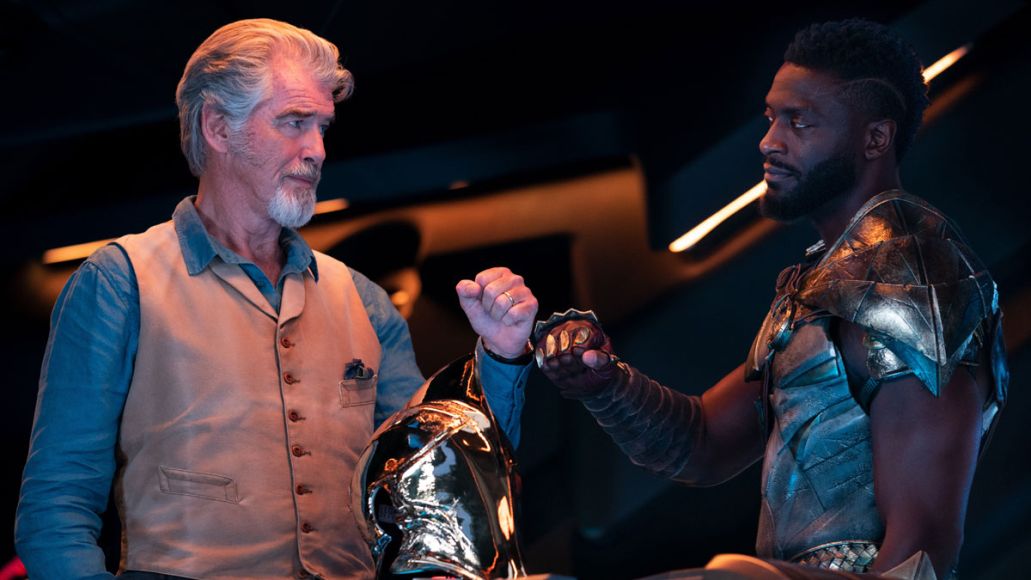 And That’s a Good Thing Because… Being a fan of Dwayne Johnson is typically a lot of fun — very few actors know exactly what they bring to the screen like he does, and whether he’s flexing his persona in the Fast and Furious franchise or in a standalone adventure like Jungle Cruise, you know he can be relied upon to deliver solid action and jokes.

But watching Black Adam proves to be evidence for why, when casting a super-powered character who’s new to the big screen, going with a slightly less established star might be the better play. Black Adam’s backstory, as crafted by credited screenwriters Adam Sztykiel, Rory Haines, and Sohrab Noshirvani, doesn’t come into full perspective until over halfway through the movie, leaving the character himself as a bit of a cypher — and while Johnson is doing his best to play the role so that those later twists aren’t exposed too early (though at least one of the trailers kinda sorta blew the biggest surprise), in large part this means dampening his natural charisma in favor of a ruthless stoic vibe.

It’s definitely fun to see the guy tear into large swarms of evil mercenaries, using his lightning powers to barbecue dozens into the afterlife. (One guy even literally gets disarmed.) Director Jaume Collet-Serra, who previously worked with Johnson on Jungle Cruise, delivers solid, clean action (lots of which is set during the daytime, to the relief of this viewer’s tired eyes), with some sparks of visual flair for chaos.

But because Black Adam’s true nature is held back for so long, the potential for exploring what it means to be a super-powered entity suddenly thrust into modern times gets deliberately underplayed, despite the comedic and narrative opportunities. Pretty much the only acknowledgment of Black Adam being a stranger in a strange land is a running bit about him figuring out how catchphrases work. (This is what happens when your primary instructor in how to be an action hero is a pre-teen whose bedroom decor confirms him as a massive geek for the Justice League.)

Of course, a less famous (if equally buff) actor might be better able to embody a character like this, letting the mystery of his origins fuel his own understanding of this new age — but would anyone turn up to watch? Would it have ever been made? Black Adam is a passion project for Johnson, and by the end of the film you can see that passion, and understand how it managed to make it to theaters. 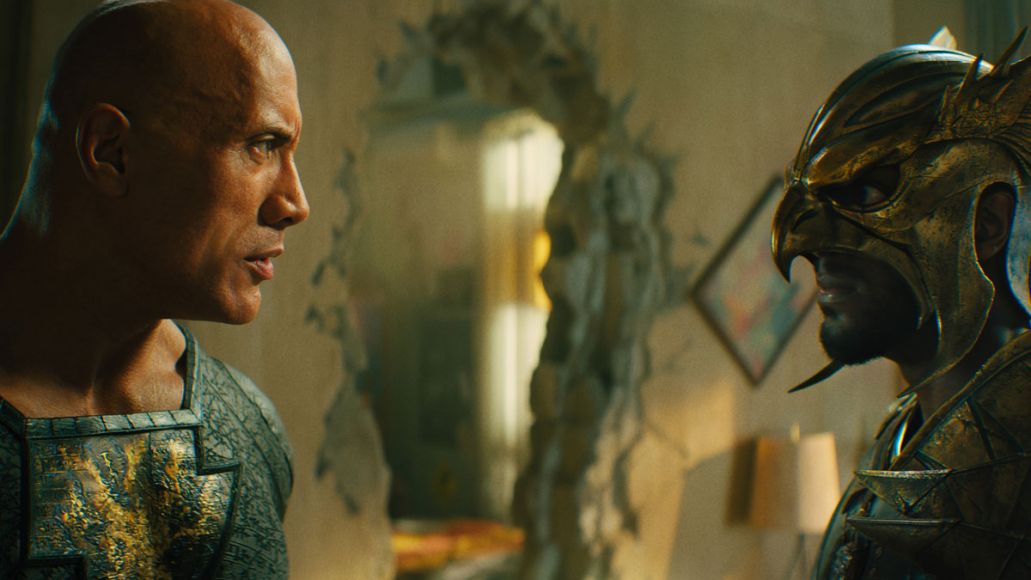 The Verdict: The scale and scope of Black Adam as a film is actually pretty self-contained, with many beats that feel recycled from the past two decades of comic book adaptations. But the inclusion of the Justice Society does add some level of freshness, and there’s a sharp thread of political commentary that gives this movie a bit more to say than DC misfires like Green Lantern and Suicide Squad (no The).

When the Justice Society rolls into Kahndaq to get Black Adam under control, Adrianna points out that her people have been living under a brutal and unjust system for decades without any sort of outside intervention — it’s only now that Kahndaq has its own champion that Western forces have shown any interest in their internal affairs. The point she’s making there is a decent encapsulation and critique of American foreign policy that also does a lot to set up Black Adam as a figure worth rooting for, dedicated to protecting the oppressed people of his homeland.

And that speaks to perhaps an area of storytelling which DC films have shown great interest in exploring in recent years: What does it mean to be a hero in times like these? Can the characters we hold in such high regard really function in an era where modern-day fascism is a growing political concern? All the press surrounding Black Adam suggests strongly that Johnson is very interested in continuing to play the role, and if by doing so these topics continue to be put front and center — well, it would give the franchise more relevance to today than the MCU, which is currently hip-deep in multiversal madness.

On its own merits, Black Adam might feel a little thin in terms of story, but it does deliver plenty of enjoyable moments and a solid ensemble to back up Johnson. But perhaps the most exciting aspect of it is how it might shake up the rest of the franchise going forward.

Where to Watch: Black Adam blasts into theaters on Friday, October 21st.

In Black Adam, Dwayne Johnson Rejects the Hero Part of Being a Superhero: Review