††† (Crosses), the duo comprised of singer Chino Moreno (Deftones) and producer/multi-instrumentalist Shaun Lopez, have announced a new EP titled PERMANENT.RADIANT. In advance of its December 9th release, the band has unveiled the single and music video “Vivien.”

The new six-song EP arrives after Crosses released the dual singles “Initiation” and “Protection” earlier this year. Neither of those songs are on the EP, making it a collection of completely new music.

“Vivien” is ambient synth-pop track that picks up in aggression as Moreno’s signature vocals power the melodic chorus. The song’s visually stunning music was directed by Lopez and Lorenzo Diego Carrera.

Heavy Consequence spoke with Moreno and Lopez back in April, upon the release of the aforementioned dual singles. At the time, Moreno discussed the new wave and synth-pop bands that have inspired him, telling us, “I remember when I first heard Thompson Twins and Depeche Mode, things like that, to me they were using a lot of the same sounds, the same instruments, probably what was available then.”

He continued, “Depeche Mode had that sound but then they had these romantic, dark sort of lyrics and themes that kind of went along with it. That was like a perfect marriage of music that was exactly what spoke to me.”

Crosses’ PERMANENT.RADIANT EP, along with related merch, is available to pre-order at the band’s webstore. Watch the video for “Vivien” and see the EP’s artwork and tracklist below. 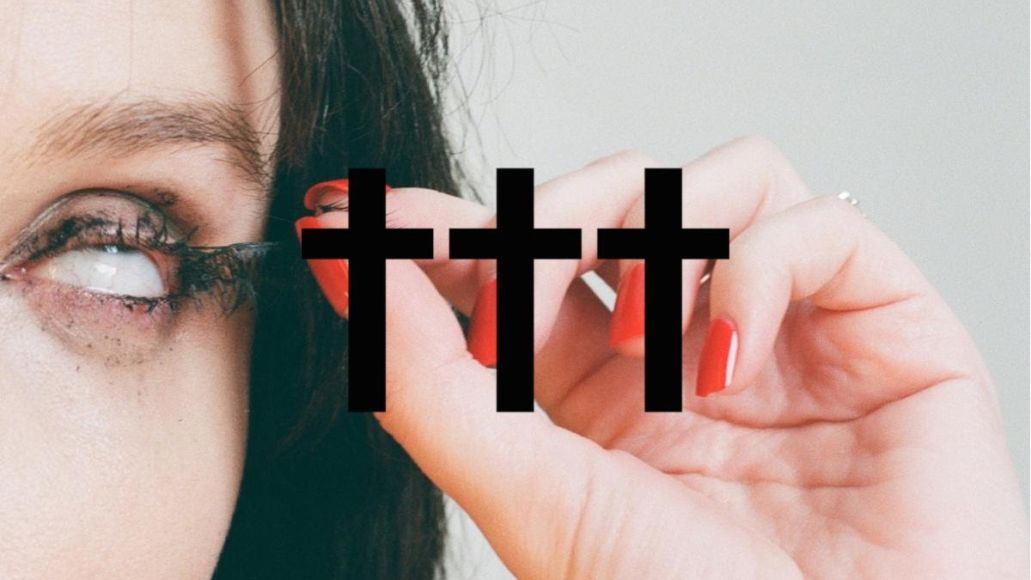