Decibel Magazine has unveiled the lineup for the 2023 Philadelphia edition of its Metal & Beer Fest set for April 14th and 15th.

Suicidal Tendencies are among the headliners and will be performing their seminal 1983 self-titled debut album, among other songs. Also on the bill is The Black Dahlia Murder (who recently announced that they were continuing as a band following the death of frontman Trevor Strnad), Eyehategod (performing 1993’s Take as Needed for Pain in full), and veteran death-doom metallers Incantation (performing 1998’s Diabolical Conquest).

The remainder of the lineup is rounded out by a slew of notable underground extreme metal acts: Mizmor, Frozen Soul, All Out War, Undeath, Drowningman, Worm, Fuming Mouth, Phobophilic, and Escuela Grind.

“Since day one, Decibel Magazine Metal & Beer Fest is something we’ve been honored to be a part of and look forward to circling the date on our calendars each year,” said 3 Floyds’ Brewmaster Chris Boggess [via Decibel Magazine]. “[Decibel editor] Albert Mudrian and crew outdo themselves each time with the sick lineups they put together, and this year is no different. We’re stoked to once again be a part of it and can’t wait to share some more beers and metal with all of you once again in Philly.”

You can view the lineup poster below. 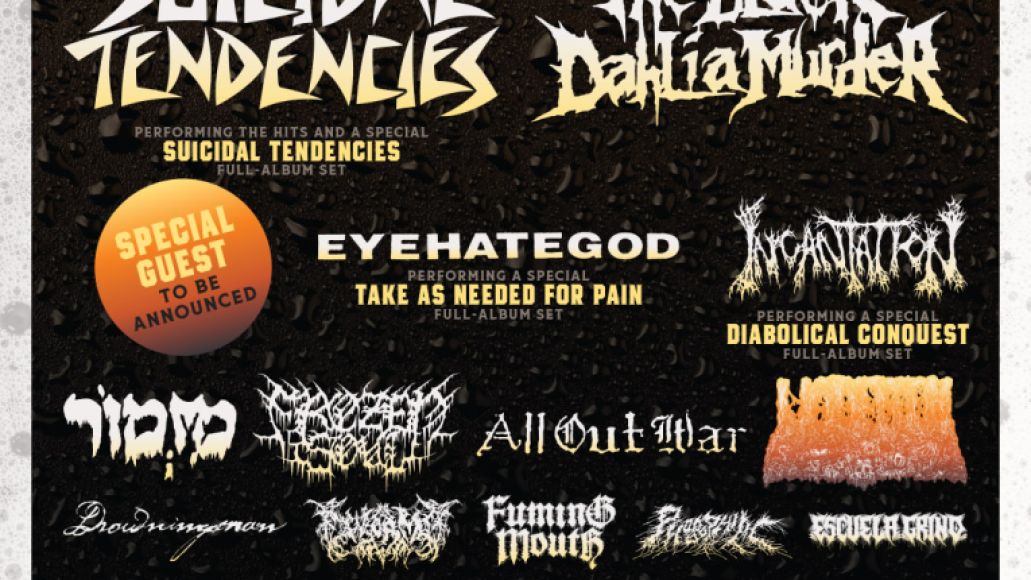