This article originally ran in 2013, but we’re dusting it off for Lindsey Buckingham’s birthday on October 3rd.

Welcome to Dissected, where we disassemble a band’s catalog, a director’s filmography, or some other critical pop-culture collection in the abstract. It’s exact science by way of a few beers. This time, we sort through the best and worst of the most fucked up rock ‘n’ roll marriage.

Over the course of five decades, numerous lineup changes, and 17 studio releases, Fleetwood Mac has transformed from a British blues quartet of guitar prodigies into a truly “classic” band with more longevity than most could ever fathom having.

Appealing to anyone from the Deadheads and cokeheads of the ‘70s and ‘80s, to 20-somethings in Urban Outfitters and dive bars, Fleetwood Mac has always culled from the experiences and emotions that no one else would consider withstanding long enough to take away something special. That is precisely the reason why this messy, emotional, fascinating group of individuals almost always arrives at a place that is greater than the sum of its parts

From Mick and Stevie’s affair and Jeremy Spencer’s run-in with the Children of God, to “Fake Mac’s” first bogus tour, the revolving cast has always been dependable when it comes to incorporating drama into their personal lives, and subsequently, back into their music.

In honor of Fleetwood Mac’s enduring crystal vision, let’s take a moment to remember their music and everything in between with a complete ranked list of their albums. 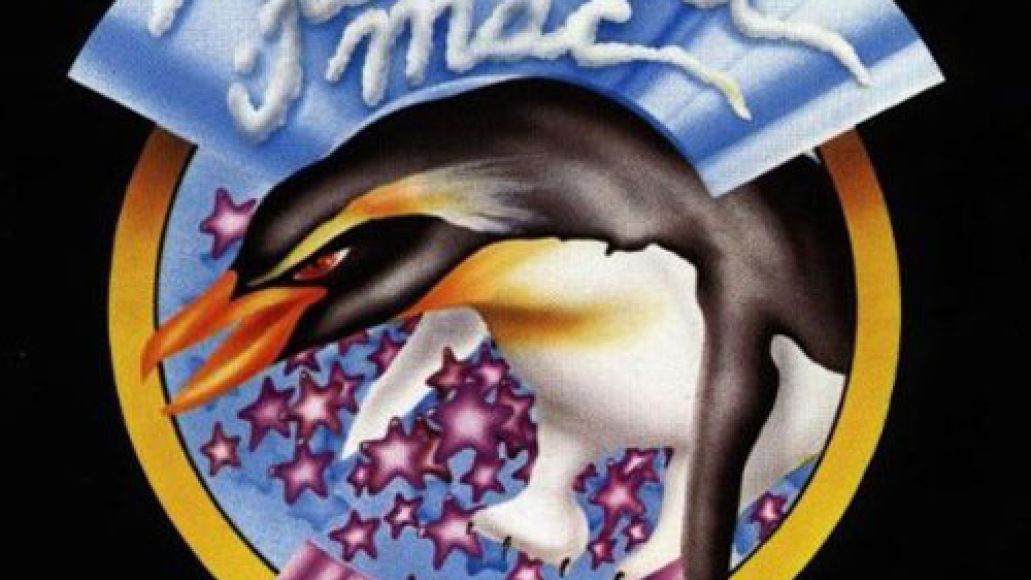 Essential tracks: Bob Welch’s “Night Watch” — the lyrics to this hazy song are descriptive and intriguing atop wistful chords. “I hope that in the desert there are ships and there is noise/ And above the greatest city there will shine a magic shadow and a voice.”

Point at which you realize this Fleetwood Mac is starting to sound like The Eagles: Midway through the chorus of “Night Watch” — In fact, for the next two albums, Fleetwood Mac will generally sound like a variation of The Doors, The Eagles, REO Speedwagon, ELO, and Pink Floyd. Although anything’s better than more Dave Walker.

BaNd DrAmA: Dave Walker leaves Fleetwood Mac before they record their next album because his style and attitude “don’t fit in” with the rest of the band.

Number of songs that are ill-suited for this album: Two — “(I’m A) Road Runner” and “The Derelict,” both sung by Dave Walker. Walker’s vocal approach is almost identical to that of Billy Joel’s on the Storm Front album or the Oliver and Company soundtrack.

Nonessential tracks: “(I’m A) Road Runner” and “The Derelict”

Song that demands to play in a slow-motion movie scene: “Bright Fire” is a gleaming example of Bob Welch’s ability to control song ambiance and vibe like Bob Ross controls a sunset on a canvas.

Harbinger of Christine McVie’s imminent greatness: “Did You Ever Love Me” — a catchy number whose Motown slant adds some nice variety to the album. 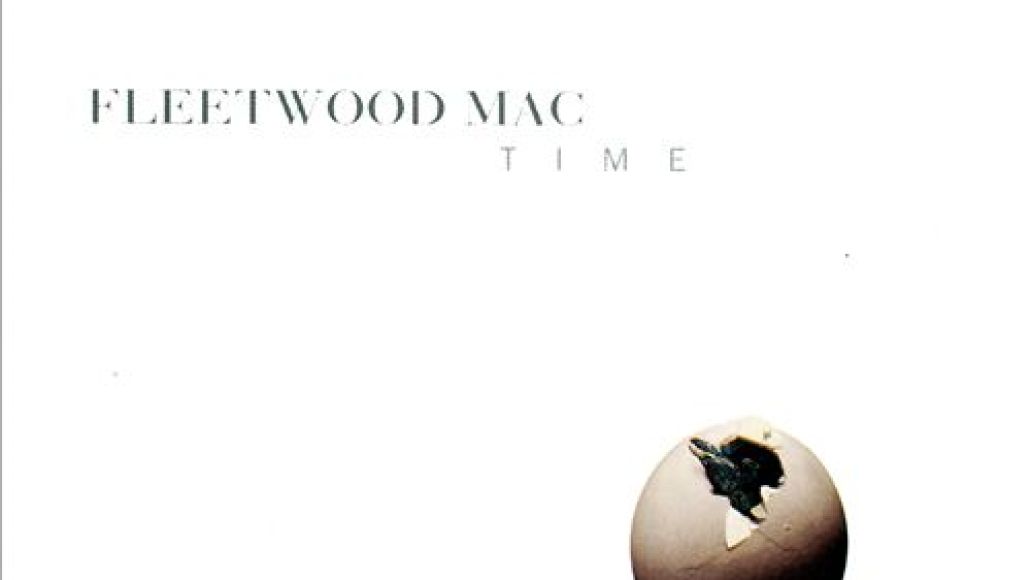 Also known as: The album Fleetwood Mac tried to record without Lindsey Buckingham and Stevie Nicks; one long grocery store soundtrack; a disappointment.

BaNd DrAmA: By the end of the worldwide Time tour, Dave Mason, Bekka Bramlett, and Billy Burnette all leave the band. Nicks and Buckingham re-join in 1997 though, which is grounds for celebration. Christine McVie leaves the group permanently in 1998.

Causes for concern: Any songs contributed by Billy “The Troublemaker” Burnette or Dave Mason; Lindsey and Stevie have been replaced by the guitarist from Traffic and Bekka Bramlett. (Bramlett is a fantastic, but ill-fitting vocalist.)

Essential tracks: “Dreamin the Dream,” “Nights in Estoril,” “Winds of Change,” “I Do,” and “Nothing Without You”

Songs best-suited for a made-for-TV movie about Plymouth Rock: “Winds of Change”; “Blow by Blow”

Songs best-suited for a Kroger commercial: “Talkin’ to My Heart,” “Winds of Change,” “Blow by Blow”

Songs best-suited for a ‘90s sitcom theme: “Hollywood” — think Captain & Tennille meets Caroline in the City, or any show featuring a frazzled-looking character that stops, smiles, and then looks comically “put out” while this song is playing through the credits. In fact, it seemed worth Googling whether or not Bekka Bramlett and Billy Burnett provided the vocals to the Step by Step theme song, but alas, it was Frederick and Teresa James.

Most fitting song title: “These Strange Times” — the very strange spoken word closer on this album, written and performed by Mick Fleetwood. Much of the song features Mick crying out, “God is nowhere,” while the background vocalists softly chant, “Have faith,” or “I love you,” as the song fades out…

Song title most likely to represent their feelings at the time: “These Strange Times”

Song title most representative of my current feelings about this album: “These Strange Times”

But what I really want to know is: Why is Stevie Nicks so obsessed with the name Sara? 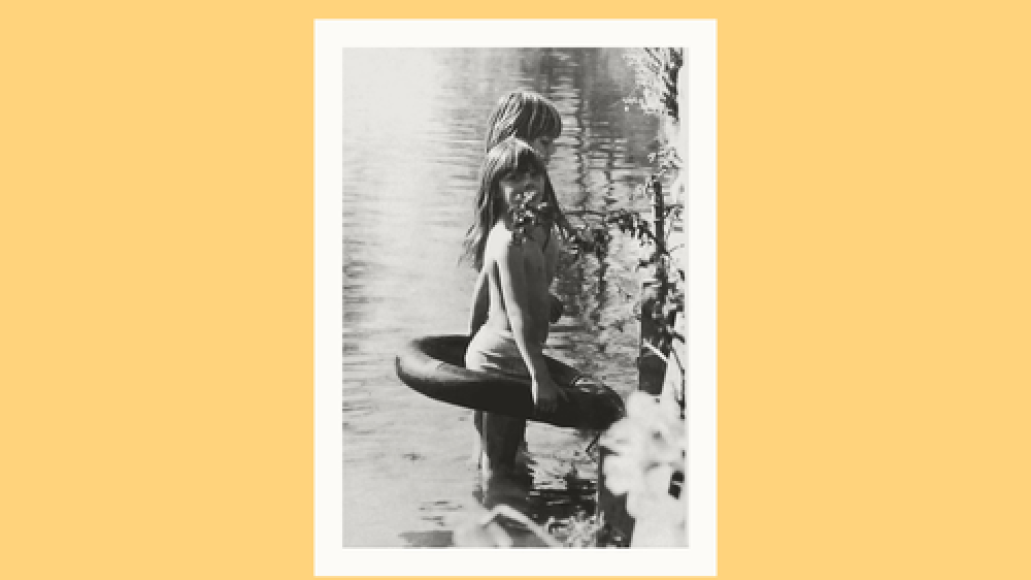 Single that failed as a single: “Sands of Time” — let’s just say this bizarre Kirwan tune is hard to sing along to… or remember how it goes…

Song with most oft-repeated riff: “Lay It All Down” — some people may like hearing this rockin’ bass/guitar riff repeated 100 times in a row, and others will not. 1993 called and said it wants the Paul Shaffer cover of “Roll Over Beethoven” from Beethoven’s 2nd back.

BaNd DrAmA: “The Mac” is in the midst of their “uncertain early ‘70s transitional period.” Translation: Four years of confusion, lineup changes, drama, and lack of direction. But after Spencer’s departure, the songwriting changes and become a little more melodic pop-driven, as well as emotional and unpredictable with Kirwan, McVie, and Bob Welch steering things.

Essential tracks: “Show Me a Smile”; “Future Games” — Fleetwood Mac takes on a new smoother, more experimental sound with this track, similar to some late ’60s and early ‘70s rock bands like The Zombies, The Byrds and The Doors

Nonessential track: “What a Shame” — the hastily recorded jam per the request of the label to add an 8th song. Don’t waste your time.

Harbinger of Christine McVie’s imminent greatness: Her performance of “Morning Rain” winds up coming off like a badass girl-fronted ‘70s group like The Shocking Blue or The Runaways. 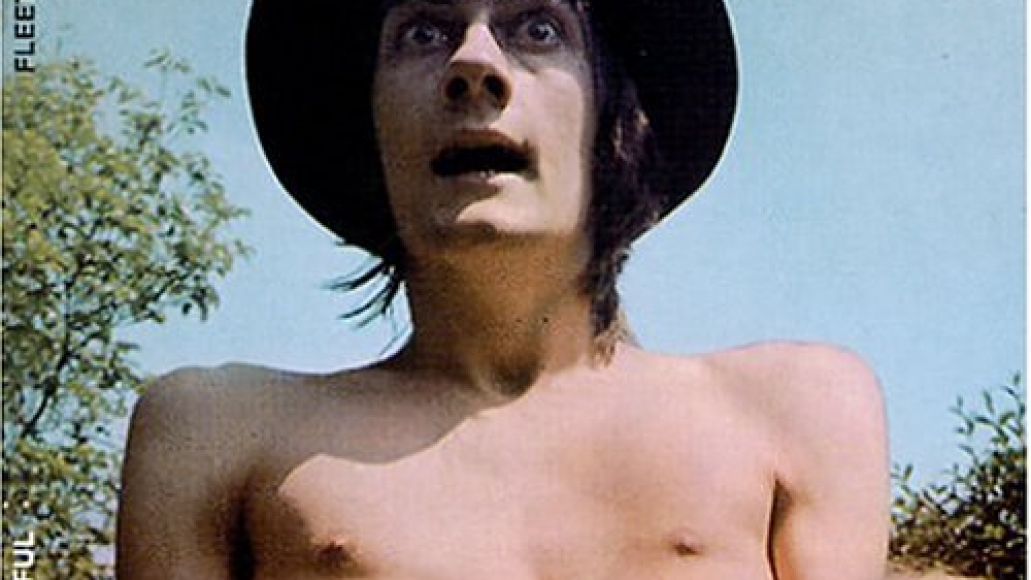 Album ranking in terms of artwork: 17 — It’s hard to believe that any human being looks like Mick Fleetwood on this cover. The photo doesn’t look too touched up, but somehow, Fleetwood winds up looking like any combination of characters from Disney’s The Sword in the Stone or Pete’s Dragon.

Number of blues tracks based on the same four chords: 12

Controversial song title that has chat rooms/online blues forums up in arms over its meaning: “Dust My Broom”

Cause for excitement: “Evenin’ Boogie” — This song has literally awoken me from a heavy siesta with its standout energy level before.

BaNd DrAmA: Christine Perfect (soon to be Christine McVie) is brought away from her UK band, Chicken Shack, to play keys for the first time. She and bassist John McVie impulsively marry in August of 1968, thus officially introducing the first (of many) band romances and/or potential complications. 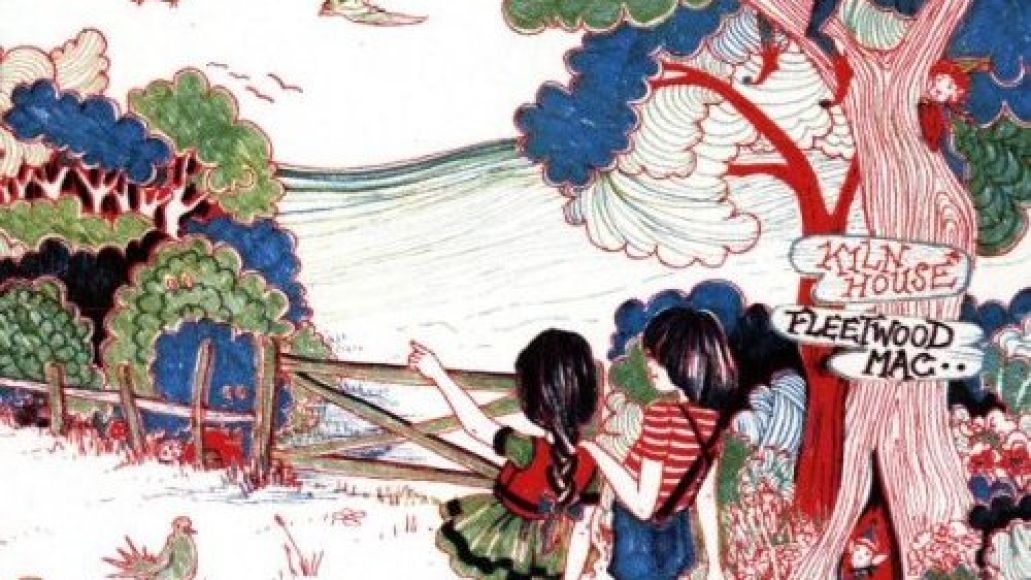 Album ranking in terms of artwork: 7 — This cover art was illustrated by Christine McVie before she was even officially in the band.

Causes for excitement/concern: Christine McVie is brought on the road for this tour, beginning her permanent placement in Fleetwood Mac, and the phase where she and her husband are forced to be together 24/7 before the affairs start happening.

BaNd DrAmA: Spencer confirms the onset of his schizophrenia in March of 1970 during this supporting tour, thanks to a bad batch of LSD (or he finally just found the tab that wrecked the camel’s brain). By the beginning of 1971 (on the same tour), Spencer permanently bails on his bandmates to join the “Children of God” religious group (now known as The Family International).

Essential tracks: “Jewel Eyed Judy” — written by Fleetwood, Kirwan, and John McVie as everything fundamental in Weezer, Wilco and The Beatles (especially the rocking four-minute coda of “Hey Jude”).

Song that is far more interesting than its title: “Earl Gray” — one of Kirwan’s slow, wistful instrumental ballads with an unusual chord progression. It’s relaxing, although it’s hard to say how gratifying it would be if it weren’t surrounded by Spencer’s heap of doodoo-wop (shitwop).