The Pitch: The eleventh film in the Hellraiser franchise finds a recovering addict named Riley (Odessa A’zion) stealing and unlocking a mysterious puzzle box, which summons sadomasochists from beyond the grave, led by their high priest Pinhead (Jamie Clayton). These mutilated “Cenobites” will drag either Riley or someone she chooses — intentionally or otherwise — into a supernatural dimension where torment and ecstasy are indistinguishable, and eternal.

Now it’s up to Riley and her boyfriend Trevor (Drew Starkey) to uncover the mysteries of the box and stop the Cenobites before they drag everyone into a kinky version of hell.

Yes, There Are Eleven Hellraisers: Hellraiser may be one of the most famous modern horror movie franchises, but there hasn’t been a theatrical installment in wide release since Hellraiser: Bloodline in 1996 (and even then, only barely). The last six installments have been cheap straight-to-video sequels which mostly ignore the mythology author Clive Barker set up in his classic first installment, and which had been expanded upon — to mixed success — in the first three follow-ups. Some of those six straight-to-video sequels are worse than others, but none of them are very good.

This new Hellraiser, directed by David Bruckner (The Night House), is in many respects a return to form for the series. It’s got a sizable budget, a prominent release (albeit on Hulu as opposed to theaters), impressive makeup effects, grotesque gore, and a story that mostly works. It’s also a story that ignores all the previous installments — even the good ones — and significantly changes the rules of the puzzle box, aka “The Lament Configuration.” Bruckner’s Hellraiser is clearly a reboot, as opposed to a sequel or remake.

Hell Is in the Details: The changes Bruckner’s reboot makes to the Hellraiser mythos gives his film — and any future sequels — more room to sprinkle mayhem throughout the running time, but it does change the overall point of the franchise. The Lament Configuration, in Barker’s hands, was a modern-day Pandora’s Box. All it takes is the desire to open it, even in ignorance of its contents, to send its owner to a realm where pain and pleasure are indivisible. The original films, to varying degrees, are about temptation and desire, which Barker associated closely with BDSM, clothing his Cenobites in leather bondage gear.

In the new Hellraiser, Riley discovers that the puzzle box has multiple configurations and that she must decide to continue the process, either without knowing the consequences or, later on, because she believes it will grant her supernatural rewards. It’s less about temptation and more about addiction. It’s certainly no coincidence that Riley is in a 12-Step Program at the beginning of the film, and that opening the puzzle box is an inverse series of steps, which will either lead her to ruin, turn her friends into collateral damage, or ultimately give her an opportunity to overcome her inner (and outer) demons.

It makes sense that the Cenobites in Bruckner’s Hellraiser eschew the leather garments of the original, since the latest film isn’t about kink. It’s about an entire different kind of physical experience. 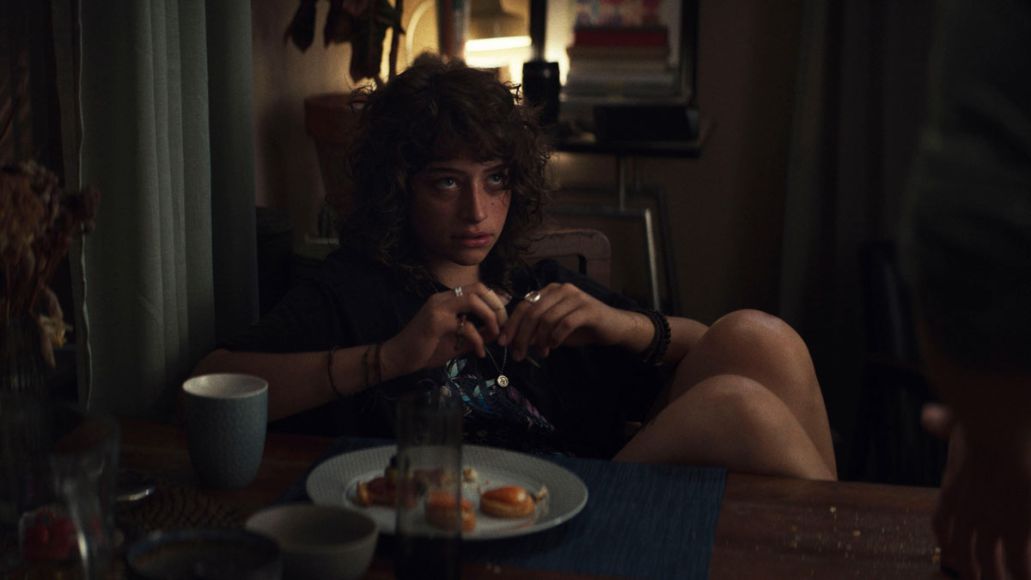 Pain and Pleasure — Somewhat Divisible: Horror fans will no doubt take great pleasure in most of the new Hellraiser. It’s handsomely filmed and finely acted, with Jamie Clayton beautifully capturing the essence of the iconic villain Pinhead while adding a more aristocratic, reverent flavor to the character. And the decision to make solving the puzzle box a series of events means that the film’s cast gets to be picked off one-by-one, pacing out the Cenobites’ elaborate torments and allowing the film to keep its focus on the franchise’s familiar iconography.

That being said, it’s just a teensy bit painful to watch that structure mirror straightforward slasher movies, something the better films in the series had previously managed to mostly avoid. It’s a series of deaths culminating in a great big showdown, with the story hinging so much on plot that the themes become a bit academic.

The earlier Hellraiser movies were mostly about sadism and kink, and used sexual imagery to explore those themes and unify them with Clive Barker’s supernatural concepts. The horror and the appeal of the exact same behavior were, indeed, indivisible. Bruckner shows use Riley’s difficulties in recovery but, even though the parallels between her horrors and her addiction are clear, he never successfully equates the two stylistically for the audience.

As such, the Hellraiser reboot, though certainly entertaining and handsomely produced, never quite reaches the aesthetic, psychological or philosophical heights of the very best entries in the series. It’s about plot more than it’s about experience, even though the whole concept of the film and its central villains is that sensation and sensationalism reign supreme. 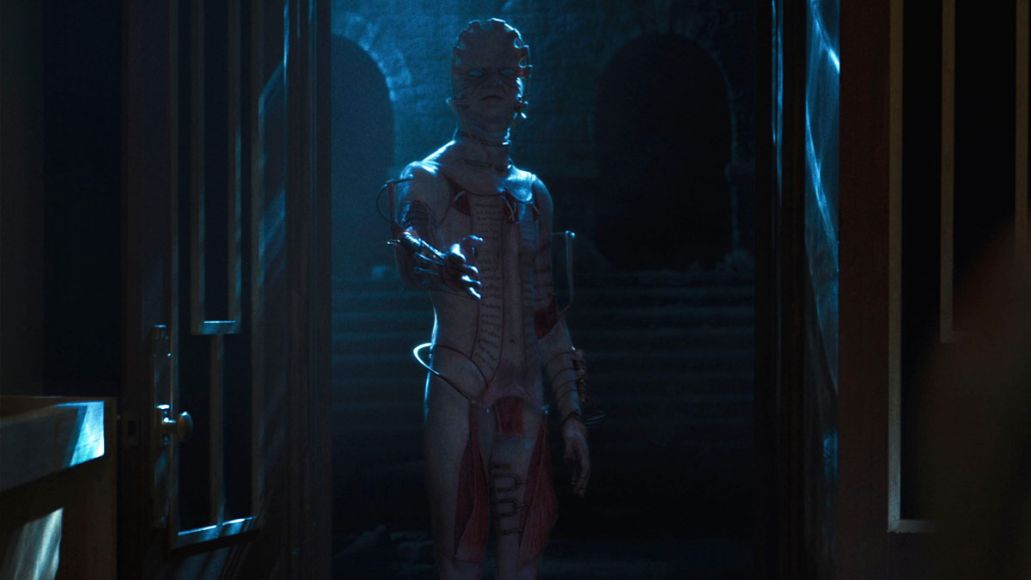 The Verdict: Compared to the straight-to-video sequels, Bruckner’s Hellraiser is a work of genius. Compared to the original theatrical releases, it’s just pretty darned good. Opportunities are missed to immerse the audience in the film’s stickier experiences and more challenging concepts, but it’s still a solid Hellraiser movie. And again, Clayton does the nearly impossible making a role indelibly linked to the great Douglas Bradley into a new and exciting entity of her own.

The latest Hellraiser is a massive step forward for the franchise after over 20 years of low-budget, half-hearted misfires. Old fans of the franchise and newcomers alike will no doubt rejoice in Bruckner’s respectful, albeit updated approach to the series, and of course its entertainingly extreme violence.

Where to Watch: Hellraiser raises some hell starting Friday, October 7th on Hulu.