High on Fire frontman Matt Pike has announced a November 2022 US tour in support of his debut solo album Pike vs. The Automaton.

The fall outing will start after High on Fire’s November 12th appearance at the Snowblind Festival in Atlanta. The initial date of the solo tour is November 13th in Dallas, with the trek wrapping on November 20th in Iowa City, Iowa. Tickets are available via Bandsintown.

“Actions speak louder than words,” Pike commented on the tour. “We’re going to let our music do the talking. See you at the shows.”

The Sleep guitarist and High on Fire mastermind dropped Pike vs. The Automaton back in February. The LP was recorded amidst the pandemic — out of creative necessity — with drummer Jon Reid alongside veteran producer Billy Anderson, responsible for High on Fire’s Surrounded by Thieves and Sleep’s Holy Mountain.

Fans of Pike’s past work will relish the blend of familiar styles present on his debut solo offering. In his own words, Pike describes the LP as “a psychedelic rock record that Sleep and High on Fire fans would like.”

“I definitely think it’s interesting; it has D-Beat punk, two-step,” he remarked via the album’s initial press release. “It’s got everything and it still works together, it doesn’t sound odd. It’s just an off-the-wall psychedelic rock record.”

Below you can see the full list of tour dates for Matt Pike’s upcoming fall US tour. 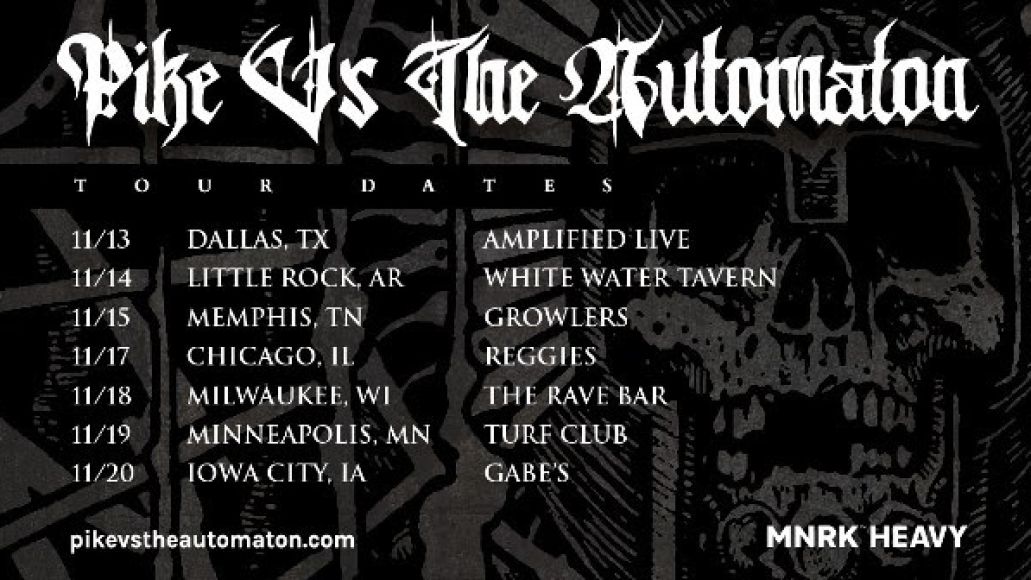