The Pitch: Before they were Tegan and Sara, the beloved indie synth-pop duo behind such hits as “Boyfriend,” “Closer,” and “Everything is Awesome,” they were Tegan and Sara Quin, two angsty sisters navigating teen life in mid-90s Calgary. At 15 years old, the twins’ shared affection for grunge rock and burgeoning passion for songwriting deepened their relatively tight bond. But once they entered a new high school, Tegan (Railey Gilliland) and Sara (Seazynn Gilliland)’s sibling squabbles and personal anxieties just as easily caused the two to drift apart.

Feeling excluded by Sara’s covert romance with their friend Phoebe (Olivia Rouyre), Tegan develops a rapport with fellow alternative punk Maya (Amanda Fix), LSD-dropping classmate Natalie (Esther McGregor), and orange-haired Ali (Brianne Tju). Kindling these intimate new friendships offer the twins a comfortable space to be themselves and a launching pad for some eventual musical inspiration. Even after getting grounded for attending a rave with their new social circle, Tegan and Sara remain undeterred in their ambitions, picking up the guitar and channeling their desires into song form.

As the sisters experience disappointing heartbreaks, experiment with acid, and make creative breakthroughs in Canadian suburbia, their authoritative yet compassionate mother Simone (Cobie Smulders) quietly deals with her own struggles, juggling the demands of parenthood, grad school, a social work job, and a waning relationship with her longtime boyfriend Patrick (Kyle Bornheimer). In widening its focus beyond its central pair, High School becomes more than just a dramatized autobiography; it’s a chronicle of unrequited love, queer yearning, and the exhilaration of self-discovery.

TWinning: When we think of stories based on real-life musicians, oftentimes we point to larger-than-life names like Elvis or Freddie Mercury or Aretha Franklin, but very rarely do lesser-known artists get the biopic treatment. High School, a new series based on Tegan and Sara’s upbringing, demonstrates that not only should there be a lot more of those, but that distilling such a narrative through a simpler, more pared-down lens accomplishes much more than what a super-sized framework can.

Adapted from Tegan and Sara’s 2019 memoir of the same name, High School is one of a few recent biopic dramas that resists self-indulgent mythologizing and maudlin histrionics. With the involvement of co-showrunners Clea DuVall (Happiest Season) and Laura Kittrell (Insecure), High School makes solid use of its source material, depicting the usual highs and lows of adolescence with poignancy, charm, simplicity, and tenderness.

Along with some appealing debut performances from its leads and a fun soundtrack of early ‘90s rock favorites (Slowdive, Spiritualized, The Smashing Pumpkins, Green Day), High School smartly plays with perspective, shading its gentle, grounded, and mature coming-of-age portrait with some added layers of emotional complexity. 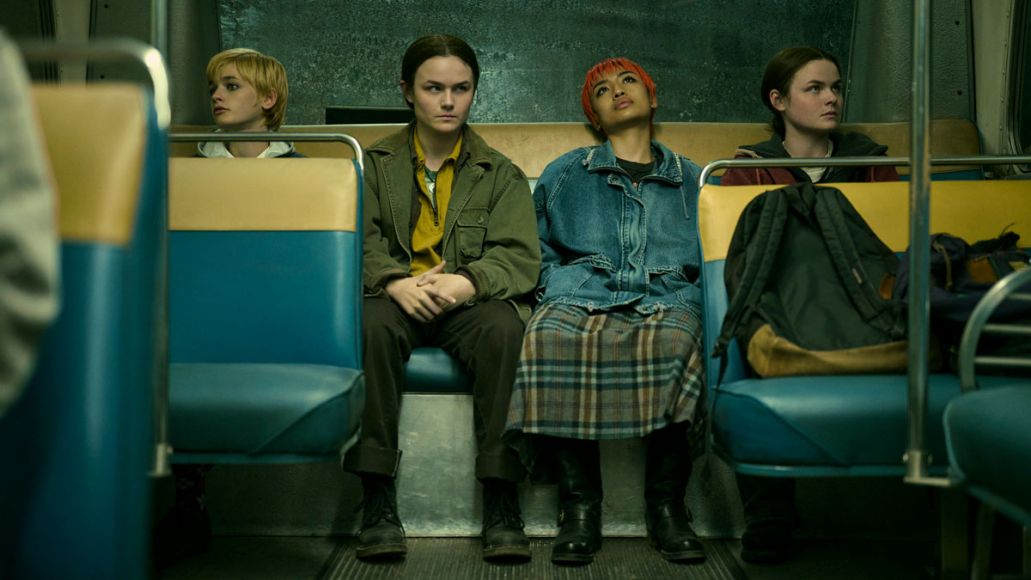