Depeche Mode have announced their globe-spanning 2023 “Memento Mori Tour,” and fans are sure to flock to claim their tickets to see the group after a five-year live break and the June passing of founding member Andy Fletcher. The world tour gets its namesake from the surviving duo’s upcoming LP that is set to arrive in March 2023.

What Is Depeche Mode’s Next Tour?

The “Memento Mori Tour” kicks off in Sacramento on March 23rd, followed by two more California shows in San Jose and Los Angeles. They close out March in Las Vegas and open April in San Antonio, then travel to Chicago and Canada for three nights between Toronto, Quebec City, and Montréal. The North American leg wraps at New York City’s Madison Square Garden on April 14th.

The tour resumes a month later for a European leg that starts in Amsterdam on May 16th. The route hits Antwerp, Stockholm, and more in May, then takes the duo to Primavera Sound in Madrid and Barcelona at the beginning of June. They also play two nights in Dusseldorf, Germany and stop for shows in Dublin on June 14th, London on June 17th, and Paris on June 24th. The European stadium run continues into July with performances in Berlin, Rome, and more, and concludes in Oslo, Norway on August 11th.

Who Is Opening for Depeche Mode on Tour?

There are no openers or supporting acts listed to join the Rock and Roll Hall of Famers on their 2023 “Memento Mori Tour.”

How Can I Get Tickets for Depeche Mode’s “Memento Mori Tour”?

Depeche Mode tickets will go up for grabs through a number of pre-sale options before they’re released wide. A Live Nation pre-sale for the North American run will take place from Thursday, October 6th at 10:00 a.m. local time to 10:00 p.m. local (using access code PUMPKIN or SOCIAL). VIP packages and Official Platinum seats open up the following day, and tickets for the general public go on sale Friday, October 7th at 10:00 a.m. local time.

What Are Depeche Mode’s 2023 Tour Dates?

See Depeche Mode’s full list of tour dates below, and get tickets to all of their upcoming concerts here. 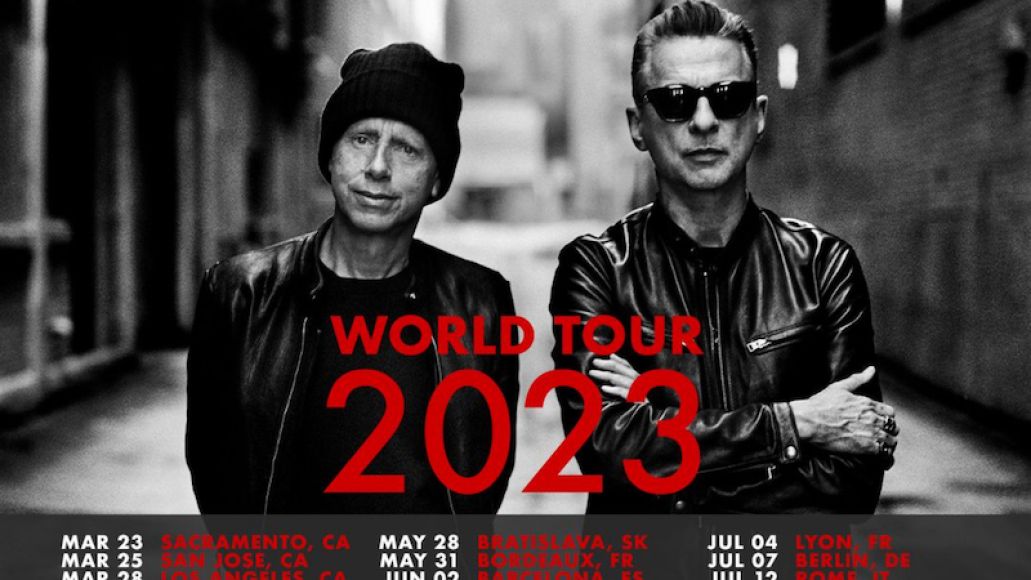