George Strait is heading out for a 2023 summer stadium tour, and with only seven dates across the U.S., fans will want to write this down and take a little note of all the details below to grab tickets.

Strait announced the new performances in an interview with Billboard, saying: “When I walk through those curtains and see those smiling faces, my feet don’t touch the ground again ’til I walk back out and get on that bus that got me there. That’s from a song I wrote called ‘I’ll Always Remember You.’ It’s a true statement.”

The King of Country will be joined by his Ace in the Hole Band along with supporting slots from Chris Stapleton and Little Big Town. Strait called the team-up a “no brainer” and added, “They’re both super talented artists. I love working with both.”

“I love doing these shows with George about as much as I like doing anything,” Stapleton shared in a statement. “There’s nothing to compare it to. So many of his songs are in the ethos of what country music is. Playing these shows together is a great experience all the way around.”

What Is George Strait’s Next Tour?

In 2022, George Strait will host two shows in Forth Worth, Texas in November as well as another two installments of his “Strait to Vegas” series at Las Vegas’ T-Mobile Arena in December.

His 2023 stadium tour kicks off in Glendale, Arizona on May 6th. Strait will then play his first shows at Milwaukee’s American Family Field on June 3rd and Seattle’s Lumen Field on June 17th. He’ll jet to the Rockies for a stop in Denver on June 24th before heading to country’s heartland for a pair of headlining performances at Nashville’s Nissan Stadium on July 28th July 29th.

Who Is Opening for George Strait on Tour?

Strait will share the bill on his six-stadium run with Chris Stapleton and Little Big Town. The same lineup launched their first stadium show in November 2021 and also hosted another round together in Kansas City in July 2022. Although the show’s headliner stressed that “there’s no guarantee that we’ll do songs together,” he also suggested there’s “a high probability” for something special to happen.

How Can I Get Tickets for George Strait’s 2023 Tour?

Tickets for George Strait’s summer stadium tour will be first available to American Express cardholders, who will have pre-sale access starting Wednesday, October 26th at 10:00 a.m. local time. Fan Club members for George Strait, Chris Stapleton, and Little Big Town will each have their own pre-sale options open up on Friday, October 28th, and a Live Nation pre-sale follows on Wednesday, November 2nd at 10:00 a.m. local time (use access code HEADLINE).

General public tickets for all of George Strait’s shows will go up for grabs on Friday, November 4th at 10:00 a.m. local time.

See George Strait’s full list of tour dates below, and get tickets to all of his upcoming concerts here. 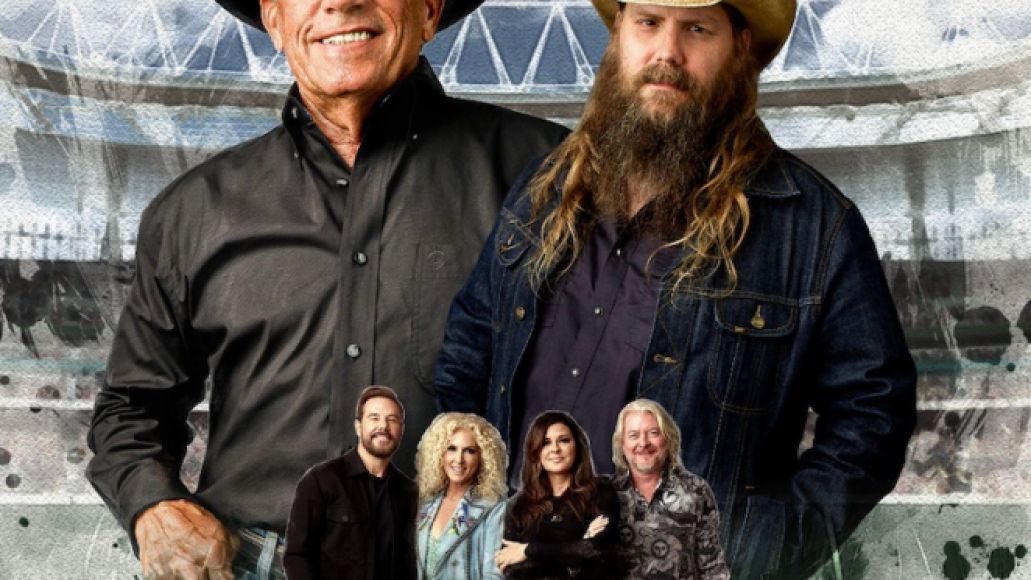 How to Get Tickets to George Strait’s 2023 Tour