keshi is set to follow-up this year’s “Hell / Heaven Tour” with 2023’s “Hell & Back Tour,” and tickets to his return trip are already up for grabs. The Houston multi-instrumentalist was dubbed by Consequence as one of 15 rising artists to watch in 2022 and released his debut album, GABRIEL, in March.

What Is keshi’s Next Tour?

keshi still has dates left on his “Hell / Heaven Tour” for 2022, including a November run in Australia and New Zealand as well as a Pacific stretch that stops in Thailand, Singapore, and more. In December, he’ll play shows in Japan, South Korea, and Taiwan before wrapping for the year in Honolulu, Hawaii on December 17th and 18th.

The tour resumes in Dublin on January 24th, 2023 with a U.K. leg in tow. keshi will stop in Glasgow, Manchester, and Birmingham before playing London’s O2 Academy Brixton on January 31st. A full European leg commences in Cologne, Germany on February 3rd with shows in Paris, Barcelona, Madrid, and more. The European trek concludes in Stockholm on February 20th.

The North American leg of keshi’s “Hell & Back Tour” begins in Miami on March 4th followed by performances in Orlando; Atlanta; and Washington, D.C. in the first week. He’ll head up the East Coast via Philadelphia and Boston to headline New York’s Radio City Music Hall on March 15th. After Canadian stops to Toronto and Montréal, keshi rounds the Midwest in cities like Detroit, Chicago, and Milwaukee. He’ll close March in Denver and Salt Lake City, then open April in Vancouver. A West Coast stretch follows with shows in Seattle on April 3rd and Los Angeles’ Greek Theatre on April 7th, then he hits Las Vegas on April 11th.

keshi will wrap the “Hell & Back Tour” in the Lone Star State between Austin, Dallas, and a hometown tour closer at Houston’s 713 Music Hall.

Who Is Opening for keshi on Tour?

keshi will have a rotating roster of support for his world tour in 2023. Deb Never will solely share the bill for his U.K./European tour. She’ll return for select dates on the subsequent U.S. tour along with Weston Estate, James Ivy, and No Rome.

See keshi’s full list of tour dates below, and get tickets to all of his upcoming concerts here. 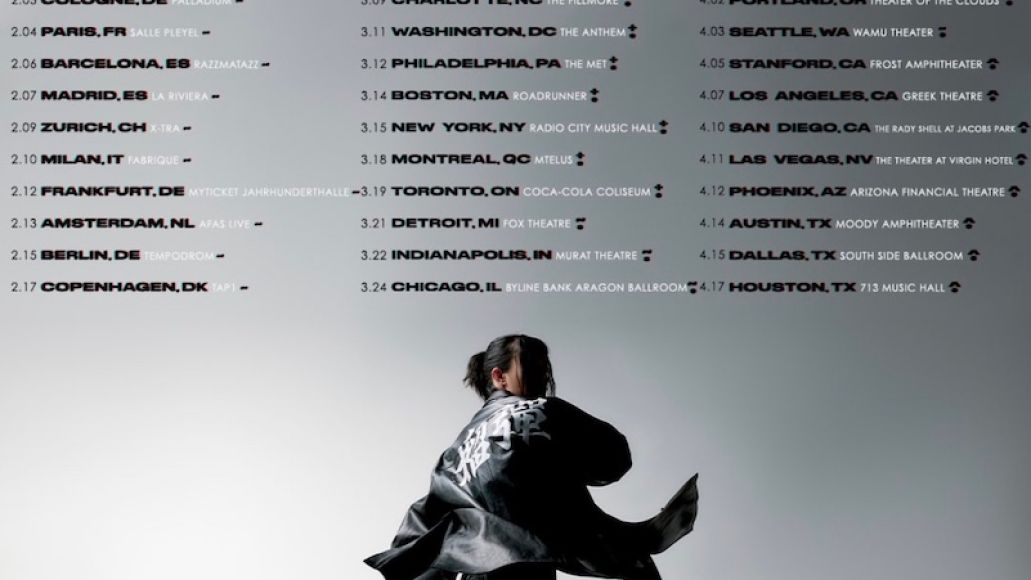