No, it’s not deja vu: King Gizzard and the Lizard Wizard are back with Laminated Denim, their second of three albums due out this October.

Laminated Denim is an anagram of Made in Timeland, the album the ever-prolific psychedelic band released in March. Like that project, Laminated Denim is comprised of only two songs — “The Land Before Timeland” and “Hypertension” — that both run for exactly 15 minutes. To coincide with its release, King Gizzard have also uploaded Made in Timeland to streaming services for the first time.

Made in Timeland was originally written to soundtrack the intermission of King Gizzard’s shows at Red Rocks Amphitheater in Morrison, Colorado that were originally scheduled for May 2020. After the Red Rocks shows were postponed due to the pandemic, King Gizzard pressed Made in Timeland to vinyl and released the album in limited quantities. They then wrote Laminated Denim to soundtrack their rescheduled Red Rocks shows that finally took place earlier this week.

Last week, King Gizzard released Ice, Death, Planets, Lungs, Mushrooms and Lava, a seven-track album in which every song was related to a a specific beats-per-minute value and a mode of the major scale. An uber-collaborative project, Stu Mackenzie and company wrote the record live in the studio and even co-wrote its lyrics on a Google Doc. On October 28th, they’ll release Changes, their fifth LP of 2022.

King Gizzard recently kicked off the North American leg of their 2022 world tour after canceling their European run earlier this year to address Mackenzie’s ongoing struggle with Crohn’s Disease. The upcoming trek includes a stop at Austin’s LEVITATION festival during Halloween weekend and a gig at Morrison, Colorado’s Red Rocks Amphitheatre, and tickets are on sale now.

Revisit our list of King Gizzard and the Lizard Wizard’s 10 Best Songs. 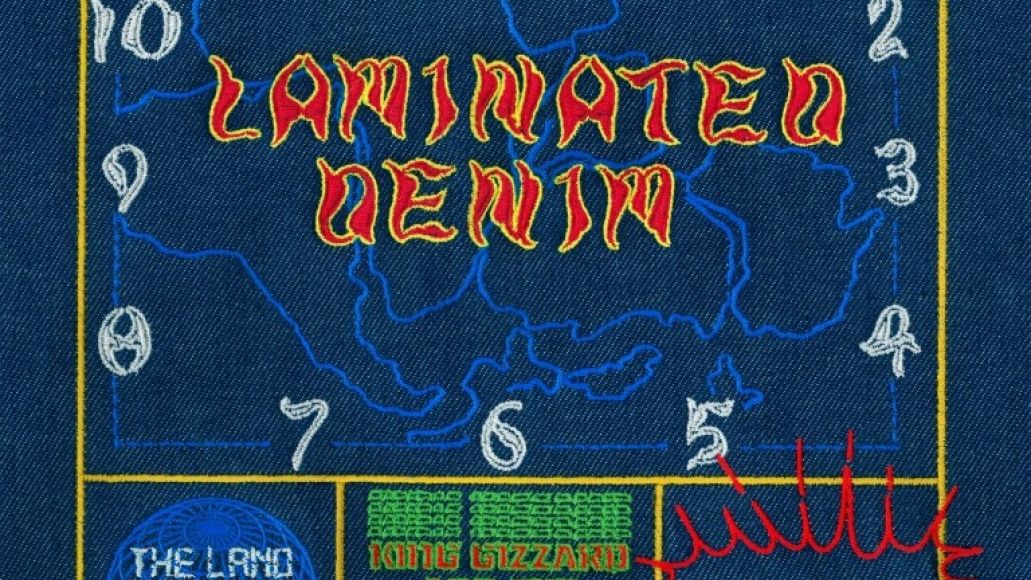