Today’s mainstream social media stars evoke 2000s Myspace royalty; Megan Fox is engaged to a rapper-turned-rock star; Travis Barker is married to a Kardashian; and, oh yeah, Tom DeLonge re-joined Blink-182 — have you heard that pop punk is back? It all sounds unlikely, but perhaps even more surprising than the evolution of the genre into 2022 is the rise of Pinkshift, a Baltimore trio who met at Johns Hopkins University, bonded over a shared love of My Chemical Romance, and dropped their respective STEM career paths in favor of fucking shit up.

Pinkshift, our CoSign for October 2022, became hotshots overnight in August 2020 with their viral breakout single “I’m Gonna Tell My Therapist On You,” which encapsulates many of the band’s biggest strengths — Paul Vallejo’s chugging guitar, Myron Houngbedji’s breakneck beats, and, most crucially, Ashrita Kumar’s biting vocals.

Pinkshift then preceded their debut album Love Me Forever (out Friday, October 21st) with its opening track, the single “i’m not crying, you’re crying” — a barrage of racing drums and nimble riffs. “I’m so sorry that you’re seeing me this way,” Kumar sings in its first lines, as if scrambling to catch their cool again. Though Pinkshift toy with expressions of tongue-in-cheek regret and conciliatory self-preservation, what’s to come on the rest of the record is hardly apologetic.

Empowerment is a driving force behind the ethos of Pinkshift, and that vigor is felt in Love Me Forever’s musings on fraught romances. Take “Trust Fall,” where Kumar airs their grievances from an abusive relationship. “Now I’m a shell of who I was/ So undesirable/ Walking on eggshells just because,” they sing. Later, on the thrashing, muscular “Cinderella,” Kumar envisions setting their brain ablaze to eviscerate all memories of their betrayer: “Let my ashes fall so I won’t ever feel anything again.”

Especially backed by the razor-sharp production of punk studio wiz Will Yip (Turnstile, Mannequin Pussy, The Wonder Years), these moments embody the well-worn formula that makes pop-punk so cathartic for the inconsolable.

Though Love Me Forever does tend to lean on tropes of indulgent angst, it also sees Pinkshift big on broader societal topics. “BURN THE WITCH” reworks infamous 17th-century prosecutions into an analysis of groupthink and its disproportionate maliciousness towards women. “What if we peeled away her skin/ Off of her bones and she’d reveal herself a monster within/ And then we’ve won and we can all go home and celebrate in sin,” Kumar sings, before delivering one of the album’s best one-liners In the chorus: “You’ve got two feet, now won’t you stand for something?”

Maybe the most haunting message that lies behind Love Me Forever, however, is the notion that the “forever” Pinkshift speak of is unpredictable: How does one prepare when disaster feels imminent, yet undefined? The album attempts to grapple with a futile reality at a time when societal collapse is in the air, and though Kumar’s protests can feel on the nose at times — “The world is ending all the time and I don’t think I can take it,” goes one such example in “the kids aren’t all right” — Love Me Forever is also peppered with subtly powerful admissions of anguish.

“What is it like when you can sleep with no alarm?” Kumar speculates on the startlingly spare piano ballad “in a breath.” Who knows when we’ll find out, but in the meantime, Pinkshift have created a useful companion for the world’s downfall.

Catch Pinkshift on tour; tickets are available via Ticketmaster. 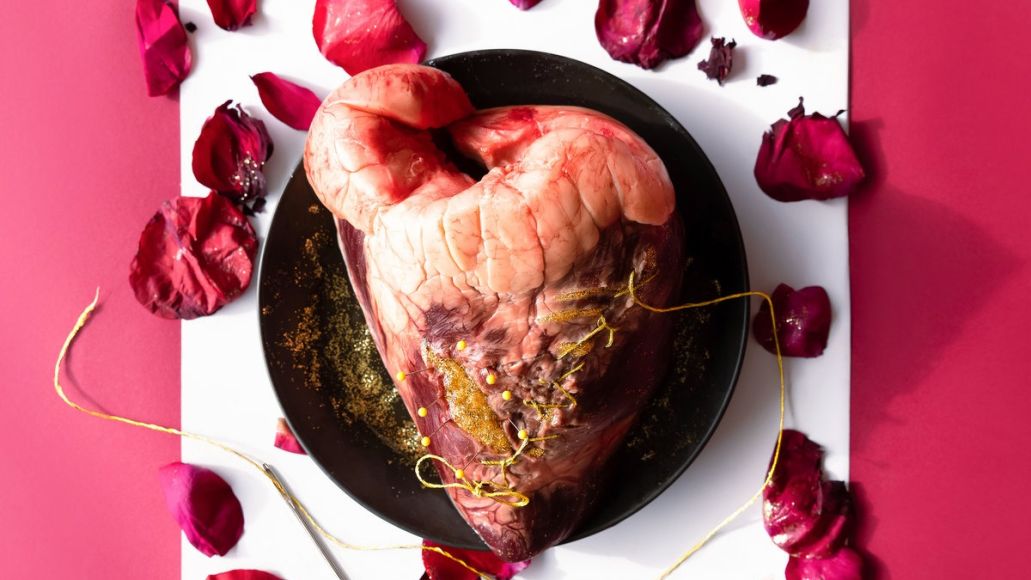