Ozuna worked on a lot of songs for his new album, Ozutochi, out today (Friday, October 7th). “I took two years to prepare,” Ozuna tells Consequence, “And I had 75, 65 songs. I get only 18 songs for this album… so it was difficult.” But fret not: the 18 songs he did select for Ozutochi show the Latin superstar at his very best. His signature tenor and stylish deliveries are on full display, and whether he’s starting the party or crooning through love songs, his unshakeable star power looms large.

It’s been a significant rise throughout the last five years for the Puerto Rican-born singer, songwriter, and rapper — if you aren’t as familiar with Ozuna’s signature voice, you may have heard his remix to “Te Boté,” a reggaeton smash that reached massive levels of popularity and ubiquity in 2018. Or, you may know him from sly, sticky hook of DJ Snake’s 2019 banger “Taki Taki,” which also featured Cardi B and Selena Gomez.

Since his breakout several years ago, Ozuna has kept his head down and worked hard to boost his profile. He’s released outstanding collaborations with Rosalía, Snoop Dogg, J Balvin, and Anuel AA, appeared in major films like Fast & Furious 9 and Tom & Jerry, and won two Latin Grammy Awards. His last solo album, ENOC, came in 2020, and now, after two years, he’s set to release Ozutochi as a reintroduction to his unique artistry.

But perhaps the most exciting new milestone in Ozuna’s career comes with his new track “Arhbo,” which features Congolese-French rapper GIMS and global producer RedOne, and which appears on the official soundtrack to the upcoming 2022 FIFA World Cup in Qatar. “I’m doing this from the heart,” says Ozuna about “Arhbo,” “I love the sport, and I love the music. So the combination and the collaboration that led to the music… it’s huge.”

Having a song featured in a World Cup is undoubtedly significant, and is a symbol of Ozuna’s global appeal. As for the team he’s placing his bets on to win the tournament?

Well, his native Puerto Rico didn’t qualify for the World Cup this year, so he’ll be rooting for Lionel Messi’s Argentina. “You know, I love every team, but my team is Argentina right now.”

Ahead of the release of Ozutochi, Consequence spoke with Ozuna about the new album, his official 2022 FIFA World Cup Anthem “Arhbo,” his plans to return to the screen in more feature films, and much more. Read the full Q&A below.

How are you feeling about the release of Ozutochi?

I’m feeling good. For the moment, I feel good right now for the new album. This is my sixth album in my career. So it’s special for me. For the album, I took two years before it to prepare, and I had 75, 65 songs. I get only 18 songs for this album…. So it’s difficult for me, and the production told me only 18 songs [could] go out. It was difficult to finish it — but there’re great collaborations, the collab with Pedro Capó from Puerto Rico, Feid from Colombia, Tini from Argentina,  Omega, El Cherry, Tokischa from the Dominican Republic. It’s so different.

You’ve also just released “Arhbo,” a song that appears on the official FIFA world cup soundtrack this year. What does it mean to have a song on the soundtrack of such a significant cultural event?

It’s so special to be a part of La Copa in Qatar and the soundtrack with GIMS and RedOne — it’s special for me, really. The first time I came in to do that, I said, “Yo! Let’s go!” but I didn’t really get to see what is so big — the soccer, the sport, and FIFA. So, when I’m going to Qatar, I just want to stay in Qatar, let me see the stadiums, let me see the people there, let me see the culture.

The day that the official track came out, everyone on social media, everybody that loved it — [they] are what inspired the song. So for me, it’s a huge opportunity. I thank FIFA, I thank RedOne and GIMS for collabing with me. It’s so special. I love the track — when I listened to the track in the studio, I really tried to give them my best part, so I’m doing this from the heart. I love the sport, and I love the music. So the combination and the collaboration that led to the music… it’s huge.

Who do you think is going to win the World Cup this year?

You know, I love every team, but my team is Argentina right now.

Ozutochi is your first solo album in two years. Did taking more time off in between releases make a big difference on this album?

Yeah, it’s a [big] difference, because you get more space, more time to take your time, to stay on track. When I made “Kotodama,” I started working on it two years before. But with all that time, I [can] prepare the production, I stay in the studio with the producers, I’ll say, like, “Turn this down, turn this up,” those ideas. I’ll get the collabs — “Let’s call Pedro Capó, let’s call Tini.” It all comes from my mind, but I have three or four artists and producers, they can put me in a studio and say “that’s good” and then I go.

And that’s what I [was able to] do with this album, I’m taking my time, I’m going slowly day by day. When I’m going on vacation, I come back with a new song, or I’ll go to an old song and say, “Let’s change that, that’s good, that’s bad.” It’s not easy; it’s like construction, making a real album with versatility.

Is there a song in particular from the album that you’re most looking forward to singing live?

For me, the song is “Vida,” and I hope the people love it and identify with it.

[But] my fans know every song — when I go out with one album, they’ll pick their five or six favorite songs. That’s a surprise for me, because normally, I work on one album and say “let me do those two singles or one single” and then release my album, but the people take six and seven songs from my album and like those the most. The last album, you got “Del Mar,” you got “Caramelo,” you got like “Duele Querer,” but when the people take it and say “that’s my song” or “that’s the single,” it’s always surprising. For this album, I know that people went in loving different songs already, and that’s what I do, I like the versatility.

You’ve accomplished so much globally over the last few years. Is there any goal left that you’d like to achieve?

You know, I’m taking it day by day, that’s how I work. Day by day musically and everything, but for me, it’s about trying to go with the beat of the world, and make the music that people want. That’s the real mission, because that’s why I’ll do reggaeton, something different like Afrobeat, different like American music or global music, but then I’ll come back to trap music. So it’s giving the people what the people really want, that’s the mission for me. I know that my fans love me and love the music, and they give me back the love that I’m putting into the song. So the mission is that the people who like Ozuna love Ozuna.

I first started hearing your music when your “Te Boté” remix became popular in 2018. I remember hearing people all over Brooklyn and New York City blasting that song from cars, shops, bodegas, everywhere. With you having lived in New York for a few years before your profile began to rise, what is it like coming back to New York and seeing how much the culture has responded to your music?

New York City for me is so special. I lived in New York for three or four years. And for me, from the fashion, the styling, to the music, it’s a completely different culture. There isn’t just one kind of culture there, it’s a really special vibe in New York. You see different cultures like Indian culture, Japanese culture, Latin culture… everybody’s in the same city for different reasons, for the party and for the entertainment, but from different places around the world. So for me, the city is number one around the world, there’s so much diversity and culture and opportunity for the people who want to move up.

You’ve appeared in a couple big movies in the last year — have you thought about doing more movies and acting?

Yes, I want to come back and work on more movies. So the last two years I was in Tom and Jerry, Fast and Furious, and Father of the Bride and another movie that they said they’re 85%, or 80% done with. So I’m preparing something special for the next year. A movie for the people to identify [with], for the people [who] come from the bottom who have a special history. That’s what happens in this movie. So, I’m working in a different way right now, like completely different, and it’s almost done, so that’s special for me. But yeah, I would love to go back to Hollywood!

Note: you can catch Ozuna on his “OzuTochi Tour” this year. Buy tickets here. 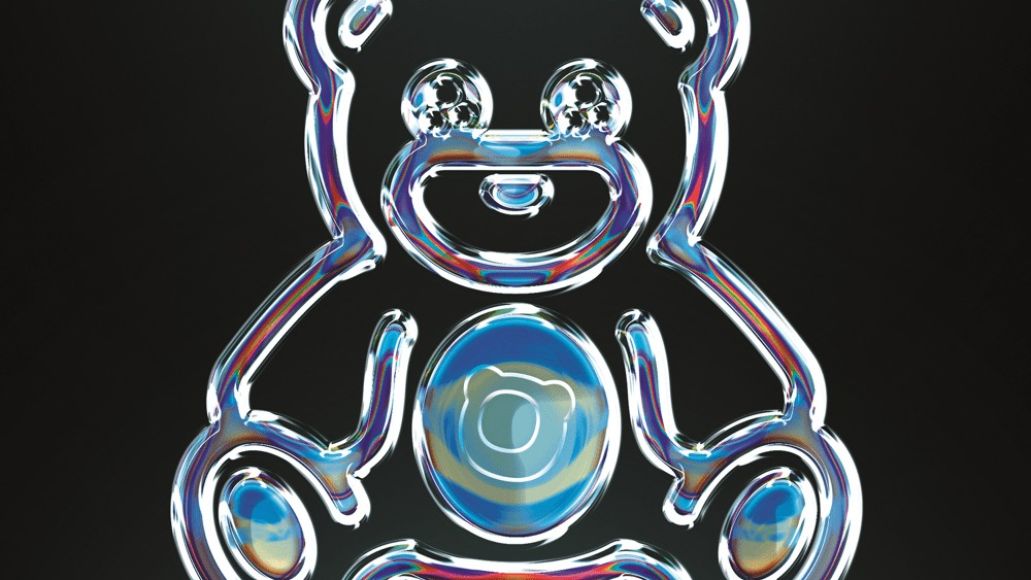