In case you’ve been living under a rock, Paramore are back, and along with the announcement of their first album since 2017’s After Laughter comes the pop-punk stalwarts’ first tour in four years. You wouldn’t be able to guess how much time they took off, though, from the looks of their set during the final day of Austin City Limits 2022 on Sunday, October 16th. Hayley Williams’ hair has been rightfully restored to its iconic orange hue, and she still sounds as good as ever.

Consequence was on the grounds at Weekend 2 of ACL for Paramore’s set, and we can confirm that there’s plenty of reasons to catch the band live on their 2022 tour. But if you still need some convincing, we’ve listed just five for you below. Scroll to the end to see a setlist, and grab tickets to Paramore’s 2022 tour dates via Ticketmaster.

Sure, Williams was only 16 when Paramore’s debut album All We Know Is Falling was released, so it’s not like her time is running out anytime soon. But still, she’s spent over half her life in the band, and is the only member to have performed on — and toured in support of — all five of albums they’ve put out so far. That’s tiring.

But even after four years on the bench, Paramore returned with their energy in high gear. You can tell the band’s motives behind touring aren’t for a schticky comeback story or a cheap money grab — it’s because they genuinely want to be doing it. 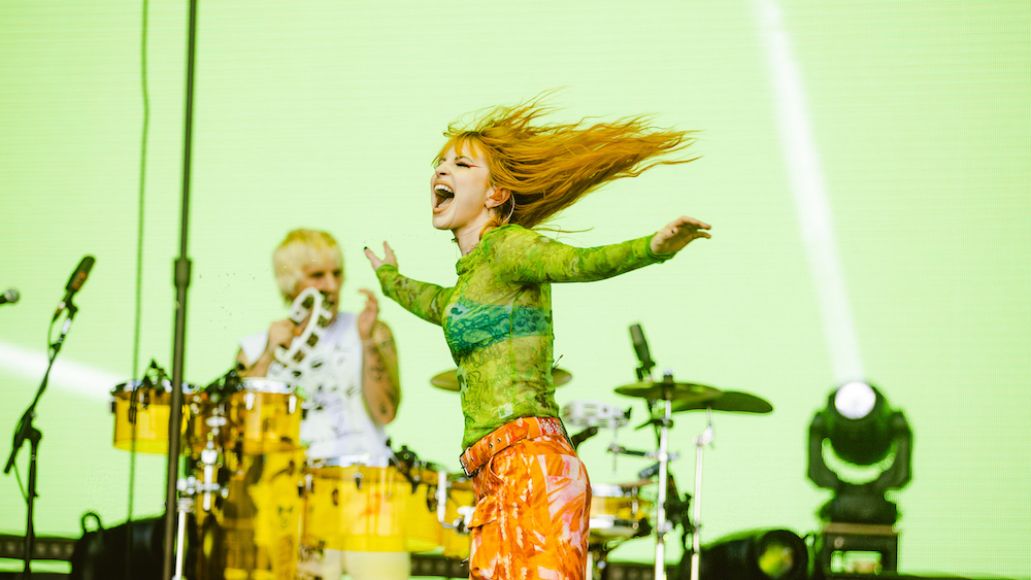 They Play (Some) of the Old Stuff

Though their sixth album This Is Why is just a few months away, Paramore know that many of their fans have been around since the days of 2007’s RIOT!, which soundtracked a generation of Hot Topic-clad teens who were likely hearing a leading woman in pop-punk for the first time. While their ACL set obviously included the new album’s great title track, they also made sure to work in a few oldies.

From 2008’s Twilight soundtrack number “I Caught Myself” to the recently-revived “Misery Business,” Paramore’s setlist spans almost their entire career, welcoming their youngest crop of fans and honoring those who’ve grown up alongside them. In a particularly special take on “Misery Business,” the band brought out PinkPantheress for an epic duet: