Welcome to our definitive ranking of every Radiohead album from worst to best. We originally published this list in June 2017 and will keep adding to it as long as Radiohead keeps adding to their discography. So, get ready to agree, disagree, and agree to disagree… still, we’re pretty sure everything is in its right place.

The songs had almost all been written, the studio had been booked, and EMI, anticipating an easy process, set a release date only a few months away. “Every three or four days, the record company or manager would turn up to hear these hit singles,” recalled producer John Leckie, “And all we’d done was get a drum sound or something.” Weeks passed. “There was a lot of ‘Jonny’s got to have a special sound…’ We spent days hiring in different amplifiers and weird guitars for him. In the end, he used what he’d been using for the last couple of years.” Thom Yorke called it “painful self-analysis, a total fucking meltdown.” The band missed its deadline by almost six months.

If the recording process for Radiohead’s second album, The Bends, sounds torturous, it also sounds like how they recorded most of their other albums. The band had to take a break in the middle of the frustrating OK Computer sessions. Kid A spanned 18 months and half a dozen different studios. In Rainbows took two and a half years.

Looking back at The Bends, it’s easy to see the blueprint for Radiohead’s later, wilder sounds — how a band dubbed “Nirvana-lite” became a genre unto itself. There’s the glacial, perfectionist pace; self-analysis and self-doubt; the feeling of boredom with older sounds; and anxiety about finding something new. For the most part, they have: they’ve put out nine studio albums, most of which really do sound distinct from all the others.

Because of this, their technical wizardry, their fire-breathing live shows, and their timeless gift for melody, Radiohead are the most beloved, critically acclaimed rock band working today. All nine records range from “possibly the greatest album of all time” to, at the very least, “pretty good.” This made ranking them a difficult, vexing process. We didn’t rest until we compromised on a list that left us all equally upset.

Without further ado: Radiohead, Ranked and Dissected. Knives out for the letdown, I’m optimistic, but I might be wrong, there, there, no surprises, it’s just lucky everything’s in its right place. 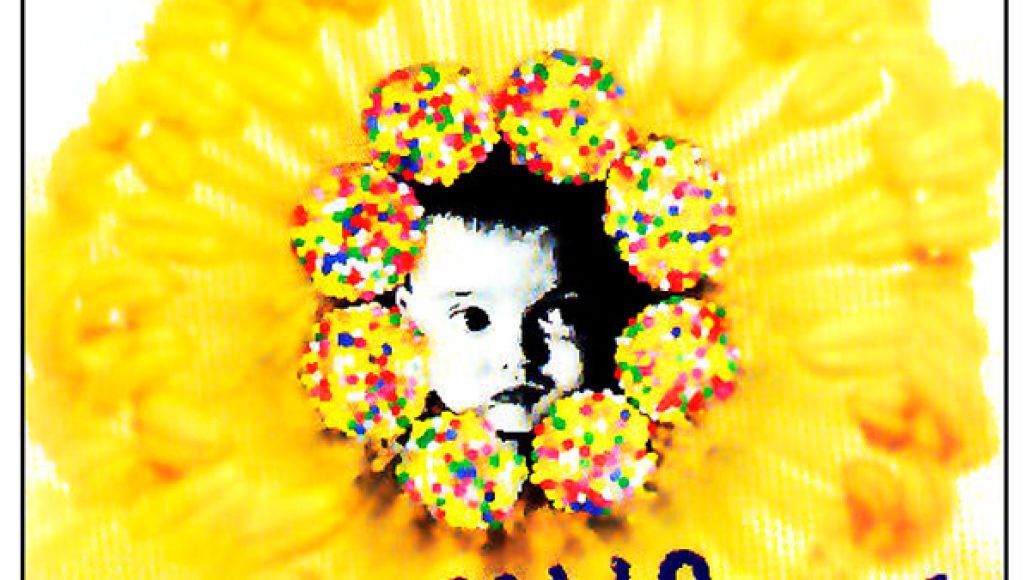 “There are many things to talk about” (Central Theme): While so much of Radiohead’s future work would revolve around a Big Idea, whether it be musically or lyrically, the only glue that holds Pablo Honey together is the gnarled angst that was so prevalent on rock albums in the ’90s. That wasn’t an intentional choice, per se; it’s just where the band was at in their lives (remember, Thom Yorke was in his early 20s when he wrote the lyrics). The nature, paranoia, and dystopian landscapes would come later. But for now, they were seen as England’s answer to grunge.

“Siren singing you to shipwreck” (Squint and It’s a Pop Song): More straightforward than anything that came later, Pablo Honey comes loaded with plenty of radio-ready material, generic as it often is. “Creep” is the obvious big hit, but “How Do You?” could have easily held its own on the Top 40. Almost pop-punk in its bounce, it gets even peppier (and more chaotic) during its final moments with some tack piano from Jonny Greenwood.

“It wears her out, it wears her out” (Sneakiest Dance Song): The jazzy hiss of closer “Blow Out” makes for apathetic swaying on the verses before the chorus propels clubgoers into unhinged flailing. Granted, the loud-soft dynamics can be jarring, but whoever said dancing had to be pretty?

“Anyone can play guitar” (Essential Instrument or Sound): Outside of some scattered tape loops, Pablo Honey has the most conventional instrumentation of any Radiohead release. So it’s no surprise (ba-dum-ching!) that the most memorable instrument is, well, a guitar. That would be Greenwood’s dead chords on “Creep,” which he played at the end of each verse to ruin the otherwise quiet song. It’s no secret that the band loved his act of sabotage, thus predicting their eventual love of jolting left turns in their music.

“For a minute there, I lost myself” (Most Adventurous Shift in Time Signature): Only three songs break out of 4/4 time (still significant for no-frills alt-rock), with the band taking the biggest leap on the verses of “Ripchord,” which move from 4/4 to 2/4 whenever the distortion kicks in.

“Living on Animal Farm” (Literary/Pop-Culture Allusions): More of a tribute than a direct homage, “Stop Whispering” was written to honor the Pixies, so much so that the single’s art uses the same square framing on a white background as Surfer Rosa.

“Out of control on videotape” (Most Notable Music Video): “Creep” is a standard performance video of the era, but “Stop Whispering,” while not as narratively satisfying as something like “Knives Out,” still features a litany of the vaguely post-apocalyptic imagery the band would perfect down the line: a rusted-over wasteland, an antiquated diving suit, bees swarming over everything, the works.

“Get judged” (Verdict): As an alt-rock time capsule, Pablo Honey is solid, and had it been Radiohead’s only release, or even if the band had stuck to its drums-and-guitars formula for the rest of their career, we might even call it great. But when you listen to what came after it, the record just feels a little thin, a little one-note, a little laughable in its first-person melodrama. It’s not bad — it’s just not very interesting. 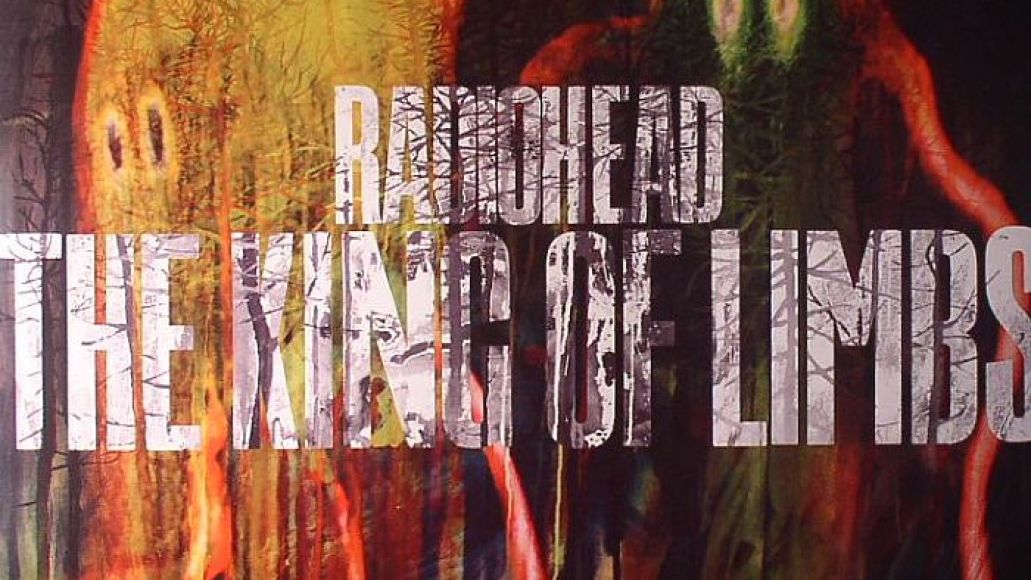 “There are many things to talk about”: Full of electronic chirps, bubbling keyboards, and songs named after flowers and birds, The King of Limbs is Radiohead’s attempt to find man’s place in nature. Of course, that leads to ugliness — the wild humans of “Feral” seem to be Holocaust-era Nazis, although Yorke’s voice is so distorted that it’s hard to pick up on without reading the lyric book. Still, the songs themselves are unrelentingly gorgeous.

“Siren singing you to shipwreck”: Once you get past the menacing bass, hungry synths, and twisted pretzel percussion of “Lotus Flower,” there’s a rather sweet melody sung in Yorke’s most angelic falsetto. There’s also not one, but two hooks! Max Martin would be proud. “There’s an empty space in side of my heart/ Where the weeds take root,” Yorke sings on the first and later: “Cause all I want is the moon upon a stick/ Just to see what if/ Just to see what is.” Like an opiate dream, “Lotus Flower” is an enchanting ride with darkness lapping at the edges.

“It wears her out, it wears her out”: His ability to funk up rock songs with dance beats makes Phil Selway the most under-appreciated member of Radiohead, and I will fight anyone who says otherwise with a drumstick. On “Morning Mr. Magpie,” he carefully syncopates a few strikes of the snare so that the rhythm section is always leaning into the beat. This also prompts the guitar strings to stay so palm-muted that they’re almost another percussive instrument. True story: While I was sitting at my computer, my fiancée pulled my earbuds out to make fun of me for wiggling my butt.

“Anyone can play guitar”: The piano riff that opens “Bloom” doesn’t so much kick off the album as sidle up to it from behind. First, there’s the modest amplification, so quiet you’re reaching for the volume as soon as you’ve pressed play. No sooner does it establish itself as a lovely, if un-Radiohead-like little snatch of melody before it’s gone, transformed into a bit of background burbling. The mood for the album is now set: No grand gestures or towering statements this time around, just a quiet beauty that inevitably fades away.

“For a minute there, I lost myself”: Near the end of “Codex,” around the 3:34 mark, Radiohead relaxes from 4/4 time to 5/4 time and then repeats for four gentle measures. This allows the piano to linger and the synth to warble on unconstrained. The song features a character sitting by the lake and thinking; within this context, the two extra beats per measure feel almost accidental — like he’s unsure of himself and following a thought or maybe just (literally) losing track of time.

“Living on Animal Farm“: On “Codex,” the lyrics “Just dragonflies/ Fly to the sun/ No one gets hurt,” reference the Greek myth of Icarus. He and his father Daedalus attempted to escape from Crete on wax wings, and before they departed, Daedalus warned his son of complacency and hubris — neither to fly too low because the sea’s dampness could clog his wings, nor too high because the sun would melt them.

But Icarus is too proud, he flies too high, his wings are melted, he falls, and he dies. Despite the direct reference to the tragedy, Radiohead’s lyrics often traffic in ambiguity, and “Codex” is no exception; it’s a description of anything from a sunny afternoon at the lake to a suicide. The literary allusion would seem to suggest that whoever this character at the lake is, one thing they’re not feeling is proud.

“Out of control on videotape”: The King of Limbs: Live from the Basement video is quite good, but this category has one clear winner: the dance that launched a thousand gifs, the video that birthed a million memes — ladies and gentleman, “Lotus Flower!”

With a style that can only be described as “accidentally touching an electric fence,” this video features not only Yorke’s trademark gyrating, but also long, cockeyed stares into the camera and an extended sequence where he fondles his own chest. It’s unapologetically goofy while still coming across as totally sincere. It’s also a testament to Yorke’s charisma. How many rock stars could have pulled this off?

“Get judged”: The King of Limbs is original, coherent, and quite lovely to listen to, but that’s true of almost every Radiohead album, and most of the others have the advantage of at least one tentpole single strong enough to open or close a music festival. To be fair, that wasn’t what the band was aiming for here, but I’d be willing to bet that no Radiohead fan’s favorite song is on TKOL — even Pablo Honey has “Creep.” Albums like Kid A or OK Computer contain all the spectacle of an exploding volcano while TKOL, at a brisk 37 minutes, is more like a long walk down a forest path. It’s a wonderful way to pass the time, but the memory is going to fade.

Every Radiohead Album Ranked From Worst to Best