The camp’s full name is “A Whole Lotta Rock: From Led Zeppelin to Soundgarden to Stone Temple Pilots,” meaning that the lessons, tips, and jam sessions will cover a wide range of rock music. Tickets are available at the official Rock ‘n’ Roll Fantasy Camp website.

Both Thayil and the DeLeo brothers are veterans of Rock ‘n’ Roll Fantasy Camp, with Thayil stating, “I had such a great time at Rock Camp in February, and I’m super excited to be coming back. Bring your favorite axe, and let’s jam at Rock Camp!”

Robert DeLeo added, “I am thrilled to be invited back to Rock Camp and have a chance to play with all of you once again. It’s always a fun time doing this with you all.”

Last year, Rock Camp: The Move was released, chronicling the artists’ interactions with the campers. It’s currently available to stream on Prime Video. Check out the poster for Rock ‘n’ Roll Fantasy Camp’s “Whole Lotta Rock” session below, followed by the trailer for Rock Camp: The Movie. 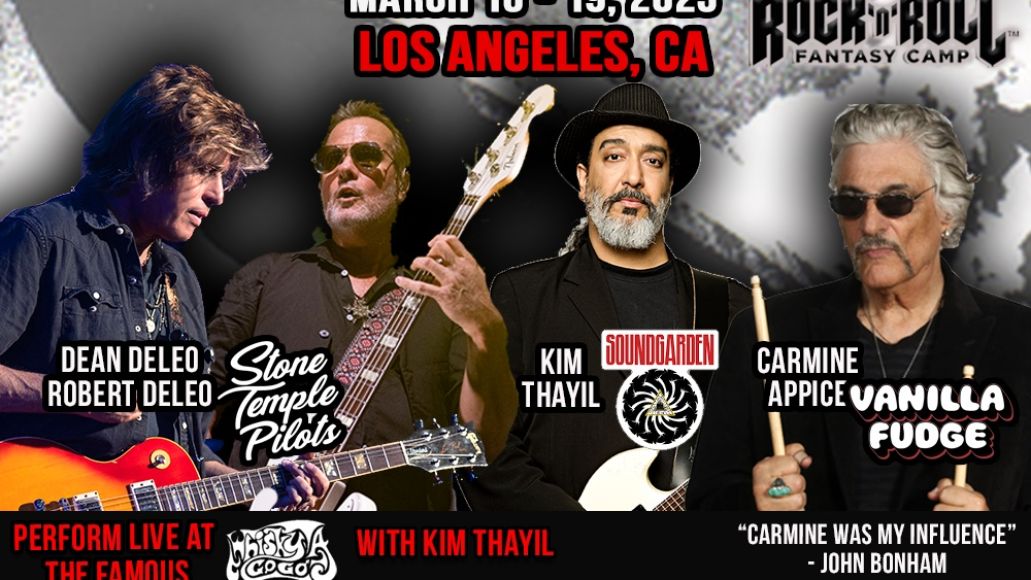