Welcome to Dissected, where we disassemble a band’s catalog, a director’s filmography, or some other critical pop-culture collection. This time, we take a look at Taylor Swift’s full discography in celebration of Midnights, released in October 2022.

All right, here’s the thing — ranking Taylor Swift‘s discography is not an easy task.

When considering a songwriter whose work spans so many different eras, it’s only to be expected that different people will have different personal connections to parts of her catalogue. I’ve written in the past that less stellar tracks from Swift can be treated like smudges on a crystal wine glass set — everything is still pretty beautiful, and often much better than collections that might be found elsewhere.

Swift’s journey from girl-next-door country act to pop star to woodsy poet has been over a decade, meaning her fan base has grown up with her. In recent years, folklore and evermore offered a chance for doubters to see Swift’s songwriting power on full display, but the truth is that her pen has always been her sword. Songwriting prowess is not new here — it’s just taken different forms as Swift has transformed from teenage wunderkind to a confident and careful adult.

For this ranking, we consulted Swift’s catalogue through a few different lenses. We dug into the album artwork (I Can Picture It), the best and worst tracks on the album (The 1 and Tolerate It, respectively), and analyzed her lead single rollout. Naturally, we highlighted lyrics from each album that feel like a personal attack (there are always a few), selected the best music video from each era (If This Was a Movie), and highlighted the best bridge from each collection (‘Cause Baby, I Could Build a Bridge). Our overall thoughts are summarized in the section marked Call It What You Want.

With Midnights, Taylor Swift Finds Grandeur in the Small Hours

Looking back, it’s pretty amazing that the very brave seventeen-year old, curly-headed girl who sat on the CMAs stage and bravely sang her debut single, “Tim McGraw,” to Tim McGraw himself would go on to be, arguably, the biggest pop star in the world for a time.

If you revisit that performance, though, you’ll see that Swift already has a certain boldness to her. She didn’t know just how long, difficult, wonderful, magical, and miserable the road ahead of her was, but she was ready for the adventure. Her life experience has always informed her work, and the result is a collection of stories that will be part of the pop culture landscape for a very long time.

Without further ado, our ranking — are you ready for it? 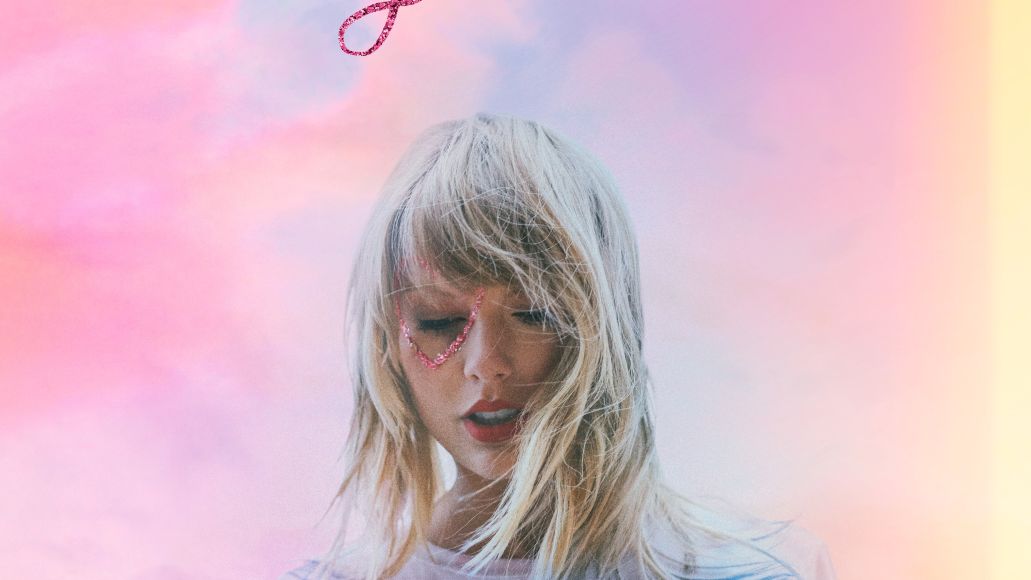 I Can Picture It: A stark reversal from the reputation era, the album art for Lover is all glitter and rainbows. Every photo around the album is draped in a hazy filter, often peppered with doodles and stickers. It felt like a bit too much of a juvenile move for Swift, who was approaching 30 at the time. The kaleidoscopic vision was intended to extend to Lover Festival, which fell victim to COVID.

The 1: What’s so frustrating about Lover the album is that “Lover,” the song, is arguably the best song Swift has ever written. It’s a perfect ballad and a lyrical masterwork, elevated here by strong production choices from Jack Antonoff. The minimalist touch makes the intimate nature of the song truly shine — everything feels open and inviting, as though Swift is performing it in the room herself.

Tolerate It: There are many misses on Lover (again, not fun to say, but the frantic “Paper Rings” and overdone, Google Maps-esque “London Boy” are far from Swift’s best work). Worst of all, widely agreed to be the biggest miss of her career, is the lead single, “ME!” featuring Brendon Urie of Panic! At the Disco. “ME!” was an utter disaster from the jump, and Swift’s attempt at damage control (removing the highly-ridiculed interlude of, “Hey, kids, spelling is fun!”) only brought more attention to the trainwreck. The song can be read as tongue-in-cheek, but the self-awareness didn’t come through to enough of a degree to save the song.

Why Wasn’t This the Lead Single?: Say it with me: Justice for “Cruel Summer!” It’s the brightest spot on the album, and Swift reportedly had plans for the track that were derailed, once again, by COVID. Perhaps the entire album experience would have been different if “ME!” hadn’t been its introduction; “Cruel Summer” has the kind of pop melody in the chorus that can’t be shaken. Swift is known for writing a great bridge, and “Cruel Summer” has one of her best. “He looks up grinning like a devil” has to be one of the most fun Swift lines to yell at the top of your lungs.

Lyrics That Feel Like a Personal Attack: “Who could ever leave me, darling?/ But who could stay?” This simple set of questions found on “The Archer” is the kind of tragic introspection Swift brings fully to life a few years down the road in folklore and evermore.

If This Was a Movie: “You Need to Calm Down” was a star-studded, fun event and rare foray into the political for Swift, but it’s, again, the magical title track that holds up as the best video from the Lover era. The primary color theme lands well here; Swift backup dancer and collaborator Christian Owens brings the titular lover to life in gentle, captivating fashion; it’s tender and just fantastical enough without losing the track’s groundedness. No notes!

‘Cause Baby, I Could Build a Bridge: Yes, once again, we are back to “Lover.” It’s the bridge that probably launched a thousand first dances at weddings: “My heart’s been borrowed and yours has been blue/ All’s well that ends well to end up with you/ Swear to be overdramatic (and true) to my lover.” Presumably, this was the mix of nostalgic, playful, and honest that Swift was going for elsewhere on the album. It works best here.

Call It What You Want: Ultimately, Lover isn’t a bad album — at all! It’s at the bottom because it was clear at this point at this point in her career that Swift could do so much better. It feels a bit too much like an unnecessary course correction from reputation, rather than a collection of themes Swift was really interested in pursuing. She has such a rich and interesting discography that the standards are sky high. — M.S. 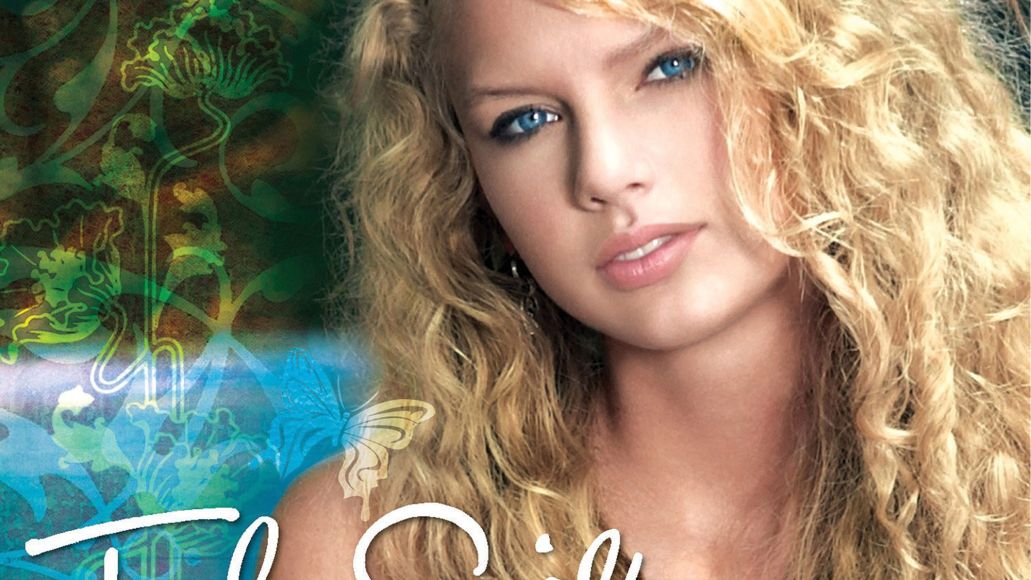 I Can Picture It: As with all her album art, the cover of Taylor Swift features, well, Taylor Swift. This one is understandably the most simple: Swift against a blue background, her shiny blonde hair in sharp focus. Her iconic signature floats above her portrait, hearkening back to the early days when all her album art used to feature her signature. No need to hound her for an autograph if it’s already there!

The 1: A teenage ballad about being in love with a friend who’s blissfully unaware of your feelings, “Teardrops on My Guitar” is classic teenage girl fodder. The lyrics are anomalously shade-free, and she’s surprisingly effective in the role: the soft relatability and delicate naivety of “Teardrops on My Guitar” allowed it to win the hearts of every youth girl suffering in the throes of unrequited love, and paved the way for future teenie boppers like Conan Gray and Olivia Rodrigo to soar with songs like “Heather” and “Driver’s License.” Taylor Swift was the blueprint.

Tolerate It: Melodically parched, lyrically unoriginal, thematically bare — “A Perfectly Good Heart” is by far the least memorable song on the album. Sure, the record as a whole was awash with unfortunate, forgettable cliches, but “A Perfectly Good Heart” sounds especially like a who’s-who of ‘90s acoustic pop radio: soulless, insignificant, and uninviting.

A guilt-trip of a song, a young Taylor tries to convince her man to stay by threatening him with guilt — the guilt she wants him to feel for breaking her previously-unscathed heart. Nice attempt at remaking “How Do I Live” country-style, but unfortunately, that LeAnn Rimes genius does not strike twice.

Why Wasn’t This the Lead Single? Unlike most of Swift’s other albums, the single choices on Taylor Swift made a lot of sense, ultimately because the rest of the album had nothing else groundbreaking to offer. You could argue, however, that “I’m Only Me When I’m With You” was robbed of the single treatment. One of her most pop-friendly hits on the album, “I’m Only Me When I’m With You” is classically upbeat Taylor, who has finally found a man who brings out the best in her.

It’s a sugary jingle about the joys of being with someone who brings out the real you, could’ve easily replaced “Should’ve Said No,” the unseemly, lyrically-clunky fourth single that I refuse to believe wasn’t shoehorned in. At least the instrumentals there were strong.

Lyrics That Feel like a Personal Attack: “The water’s high, you’re jumping into it/ And letting go and no one knows/ That you cry but you don’t tell anyone/ That you might not be the golden one” from “Tied Together With A Smile” are it. Ahh, youth.

If This Was a Movie: “Teardrops on My Guitar” takes it away here. Although the Taylor Swift era doesn’t offer much fine cinematography to choose from, “Teardrops on My Guitar” is an iconic video that matches the spirit of the times. It gets the point across effectively: For the duration, a doe-eyed Taylor finds herself absolutely starstruck around “Drew,” even at one point performing chemical experiments with no gloves and letting an explosion of toxic chemicals overflow onto her gloveless hands. Bet she didn’t even notice the chemical burn — Drew was right next to her (probably blabbering on about his girlfriend, though), and that was all that mattered. I’m sure we’ve all been there.

‘Cause Baby, I Could Build a Bridge: “Tim McGraw” was such keen songwriting from the very young Swift, and the bridge brings the story of the youthful romance within to a peak. Swift’s knack for great bridges was still in the making, and this era was critical in shaping that part of her skill set.

Call it What You Want: If you were somehow forced to describe the magic of Taylor Swift with a song or two, chances are you wouldn’t be picking anything from this album. A worthy debut, 2006’s Taylor Swift is just that, a debut — 15 tracks that, at the time, served to show everyone exactly what she had to offer, but was comfortable fading into the background once she came forth with more. There are a few timeless bangers — notably the scathing “Picture to Burn” — but ultimately, the appeal was in the relatability: Taylor was all of us.

Although there was nothing here to directly challenge the notion that she would be nothing but a one-hit wonder, Swift’s trademark narrative, one rooted firmly in musical catharsis, resonated precisely with the demographic. She, like the rest of us, wanted to have the last word. And she did — in the form of a million-dollar empire. — Valerie Magan

Every Taylor Swift Album, Ranked From Worst to Best