Arctic Monkeys have been adamant about crafting their catalog on their own terms — how many bands would follow up one of their most accessible and commercially successful LPs (2013’s AM) with a bizarre, wonky concept album about a luxury resort on the moon? 2018’s Tranquility Base Hotel & Casino was undoubtedly a turning point for the Sheffield quartet, with frontman Alex Turner taking more stylistic liberties than ever before on an Arctic Monkeys album and digging his heels in a more open-ended, collage-like structure. There were lyrics about gentrifying a space colony, a song called “The Ultracheese,” unreliable narrators, and a rambling energy that painted the band’s nostalgic psychedelia and lounge pop in a fascinating light.

After four years, Arctic Monkeys return again with their seventh studio album, The Car (arriving this Friday, October 21st). The album is sonically aligned with the slow-burning psych pop of Tranquility Base, the band farther away than ever from the tense post-punk or bluesy garage rock that characterized much of their output pre-2018. Orchestral flourishes, though not overwhelmingly frequent, give many of The Car’s songs a classic feel, while Turner’s vocal persona evokes a midlife crisis David Bowie.

But the new Arctic Monkeys album hardly comes with a “bang” — The Car is not a return to form that many fans would have hoped for, nor is it the abrupt left turn that Tranquility Base boasted. Instead, The Car is a bit of a sigh; a suspended act of melancholy, occasionally flat and occasionally brilliant, that finds the band working with a soft, moody palette that hardly ever threatens to evolve. Though there are some intriguing highlights, The Car isn’t anywhere near the evocative heights that Arctic Monkeys have reached throughout their now-storied career — and perhaps that’s the point.

Alex Turner’s biggest thematic motif on The Car is showbiz. There are references to filmmaking, musical theater, directorial debuts, CinemaScope, theme music composition, “performing in Spanish on Italian TV,” the wardrobe department, “having tea with the grips,” and of course, throughout it all, the identity of a musician. Turner has left the sci-fi musings from Tranquility Base behind, and instead chooses to explore our own world with a similarly surrealist candor.

Lead single “There’d Better Be Mirrorball” finds Turner requesting that if a break up is imminent, there’d better be a disco ball in the car waiting for him, he pitches a “Lego Napoleon movie written in noble gas-filled glass tubes” in the first line of “Hello You,” and “Body Paint” features a line that goes, “Do your time traveling through the tanning booth so you don’t let the sun catch you crying.”

Throughout the album, Turner isn’t just contemplative; he sounds tired. He rarely pushes his crooning toward a place with tension or desperation, save for the powerful climax of “Body Paint.” He’s observant while being slightly resigned, his fascination with the mundane and unremarkable somehow becoming the opposite — title track “The Car” is all about being on vacation, but there are no images of a seaside rendezvous or luxurious hotels. No, instead, Turner is more fascinated in the “What’s-It-Called Cafe” and claims that “it ain’t a holiday until you go to fetch something from the car.”

But baked into his absurd lyricism and existential musings are, in fact, references to “the band,” and intriguing commentary on his own career. Turner often embodies different characters that are singing to a myriad of audiences; the theatricality of The Car is so apparent, with so many “I’s, you’s, and we’s,” that at times, it’s impossible to tell who, or what, he’s really talking about.

Turner fully breaks the fourth wall on “Sculptures of Anything Goes,” asking first, “Is that vague sense of longing kinda trying to cause a scene?” — perhaps a reference to the band’s iconic yearning hits like “505” and “Do I Wanna Know?” — then shifting gears to, “Guess I’m talking to you now/ Puncturing your bubble of relatability with your horrible new sound/ Baby those mixed messages ain’t what they used to be when you said ‘em out loud.” It’s a fascinating acknowledgment of the way Arctic Monkeys have alienated fans by “puncturing” a “bubble of relatability,” while also poking fun at Turner’s own contradictory catalog that has always characterized the band’s music.

“Big Ideas” is even more illuminating. Taking on the form of yet another balladeer, Turner outlines a fictional-but-obviously-not-fictional story of a musician’s successful heyday, referencing “nationwide festivities,” “The Ballad of What Could’ve Been,” and “some just hysterical scenes.” But the chorus finds Turner unable to capture that radiant success in the current moment: “I had big ideas/ the band were so excited/ the kind you’d rather not share over the phone/ But now the orchestra’s got us all surrounded/ and I cannot for the life of me remember how they go.”

It’s a striking image of vulnerability cast from a frontman who has developed his image from indie sleaze icon to odd pop auteur, and one that sheds light on Turner’s overall melancholic theme: this music thing ain’t quite what it used to be. The Car’s closing number, “Perfect Sense,” is perhaps the most direct reference. “A four figure sum on a hotel notepad/ A revelation or your money back/ That’s what it takes to say goodnight,” Turner sings, seemingly referencing the process of a band being signed by “Richard of York: Executive Branch” and given profoundly difficult expectations to rise to in order to survive. “Sometimes I wrap my head around it all and it makes perfect sense,” he croons.

It appears that Turner’s in the midst of his own crisis throughout the record. He’s no longer looking at the world “floating down the barge on an endless stream of great TV” and trying to imagine a much sillier, alternate universe — it seems as though he’s wrestling with his own place in this world and in the artistic landscape under capitalism, as well his own tendencies to escape from true vulnerability.

Once again, these ideas are not necessarily constructed in an active way, so to speak. There are no sad bangers, no moments of full-throttle rock, no existential post-punk or bizarre deviations from the album’s established sound. Drummer Matt Helders — who is objectively a phenomenal musician, and is responsible for significant contributions to the band’s overall catalog — is at a steady trot for almost the entire album (he does contribute a Bossa Nova strut to “Mr. Schwartz,” however). “Body Paint” and “Hello You” are the only songs that attempt to break free from the mid-tempo malaise that populates The Car, but even a quicker pace can’t compete with the overwhelmingly contemplative spirit that dominates the album.

Instead, The Car can feel rather monotonous, and though Turner is rejecting the “song and dance” charisma that fans demand of him (“Smile, gasp and roll your eyes/ And help me to get untied from the chandelier/ And twizzling round an umbrella, I’ll sing a tune,” goes the final line of “Sculptures of Anything Goes”), it restricts the band from reaching territory that can become emotionally meaningful. It’s always a treat to see the world through Turner’s eyes, to relish in the joyous absurdity of his word choices. But the band combined has always had the potential for music that can cut through the absurdity to end up somewhere real, instinctual, and vulnerable.

Luckily, the message we’re left with at the end of The Car is far from indulgent or hollow — if anything, it’s slightly apathetic. “If that’s what it takes to say goodnight, then that’s what it takes,” sings Turner, with a profound acceptance of his current state. Perhaps Turner knows that The Car’s material isn’t the “revelation” he references in “Perfect Sense.” Perhaps the “goodnight” is looming, and he can’t quite find the way to end things on his own terms, so The Car is Arctic Monkeys’ melancholic swan song. Either way, it’s still a message of peace and acceptance — sometimes, that’s all you can really ask for.

Ed. Note: You can catch Arctic Monkeys on tour in 2023. Buy tickets here. 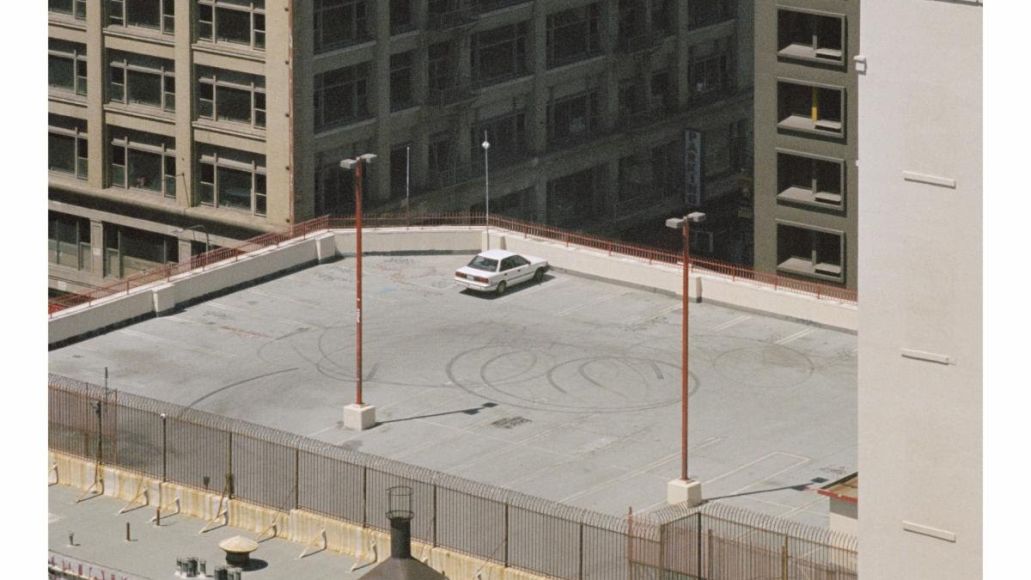 Arctic Monkeys Return with Melancholy and Showbiz Meditations on The Car