The Pitch: In 2003, New Jersey nurse and single mom Amy Loughren (Jessica Chastain) worked nights at the Parkfield Memorial Hospital, providing goodwill to her patients in the ICU while dealing with a potentially life-threatening heart condition of her own.

One evening, she meets Charles Cullen (Eddie Redmayne), a new worker on her staff, also a single father with two daughters. Their shared experiences in the fields of parenthood and medicine bond Amy and Charles together, with Charles even going out of his way to spend time with Amy’s girls and sneak her proper medication so she can avoid paying for her expensive doctor’s appointments.

But while Charles and Amy’s friendship begins to bloom, so do a series of unexpected insulin-related deaths at their workplace, prompting suspicion from local detectives Danny Baldwin (Nnamdi Asomugha) and Tim Braun (Noah Emmerich).

While more details around these occurrences emerge, a worrisome Amy starts to wonder if her new friend might be behind this deadly pattern, one that may have in fact spanned over 16 years at the various hospitals that have employed Charles. As Amy attempts to get to the bottom of this, she finds herself struggling to reconcile the nice guy Charles is with the quietly lethal serial killer he could be.

A Weak Pulse: At first glance, The Good Nurse seems like a pretty damning microcosm of the American healthcare industry, criticizing the system’s profit-driven negligence and how it creates unnecessary grief and stress for people unable to get the care they need. In particular, the people at the helm of this business, like the Parkfield administrator Linda Garren (Kim Dickens), reflect this dehumanization, using clinical terminology like “expired” instead of “died” when talking about deceased patients.

But upon further inspection, Tobias Lindholm’s fourth feature (and first English-language effort) doesn’t quite explore or reveal much else beyond these ideas. Though the film factors in Amy’s economic and emotional limitations as an example of our healthcare system’s bleakness, it resists seeking out any deeper insight in favor of a pallid procedural thriller and stiff medical drama. 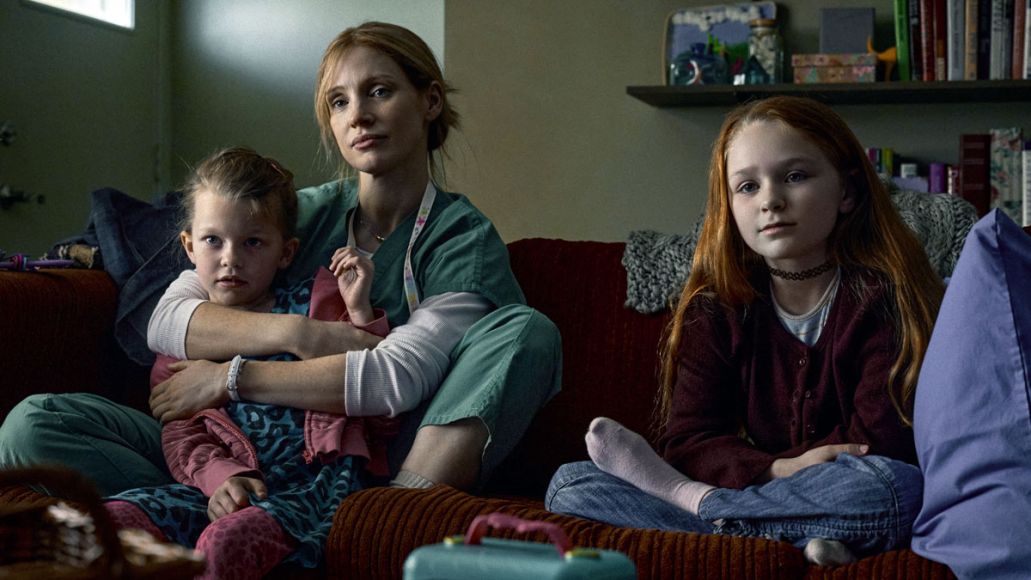 The Good Nurse Review: A Well-Acted but Dreary Medical Drama