The Pitch: The horrific, deeply shameful, and deeply American story of Emmett Till galvanized the civil rights movement with its tragedy: A 14-year-old Black boy from Chicago, visiting relatives in Mississippi, was kidnapped, tortured, and murdered for having the temerity to interact with a white woman, and Emmett’s mother Mamie Till-Mobley (then known as Mamie Till-Bradley) made the momentous decision to have an open-coffin funeral for her son, displaying his body, mutilated by his killers and bloated from being dumped into a river.

These images, heavily circulated in Black publications, brought attention to the evils and injustice of U.S. racism — though they were not enough for Till’s killers (who admitted to the crime a year later) to be brought to justice. Till retells this pivotal chapter in the civil rights movement primarily through Mamie (Danielle Deadwyler) and her strengthening conviction, amidst unfathomable grief, that her son’s story needed to be told — and that only these images could tell it.

Tour de Force: So much of Till rests on Danielle Deadwyler — sometimes too much. Not because Deadwyler’s performance falls short, but because the movie, by necessity, sends her through such a gauntlet of despair, which she then must explain to the audience. This feels true to her story; Till-Mobley was not just grieving publicly, but gathering the strength to show how her son’s death was the product of racism that could not be ignored or tip-toed around.

Though her speeches on the subject are heartbreaking, some of the film’s most haunting moments come before Emmett (Jalyn Hall), nicknamed Bobo, leaves to visit his Mississippi cousins. Director Chinonye Chukwu stages moments where Mamie is enjoying her son’s company, singing or laughing, and her eyes go somewhere else, as if future memories are momentarily possessing her in these happy moments — as if time itself has been warped by a parent’s nightmare. More specifically, this is a Black parent’s nightmare, and one that still stands a terrifying chance of coming true.

“I Need to See Him”: Chukwu makes the bold and fascinating choice to shoot Till in vibrant color, rather than the dreary “historical” palettes so often used to depict tragedies of the past. Both Chicago and Mississippi pop with brightness, making it all the harder to look away from both the beauty of Emmett’s youthful cheer, and hideousness of the racism that ends his life.

The film connects Mamie’s grief to the need to bear witness: Even before she starts working more directly with activists to tell Emmett’s story, Mamie is certain about her desire for her son’s body to return to Chicago: “I need to see him.” Her scene with the body, strategically hidden from the audience until, finally, it’s not, is crushing. When the movie turns, briefly, into more of a court-case picture, it also threatens to become more conventional. 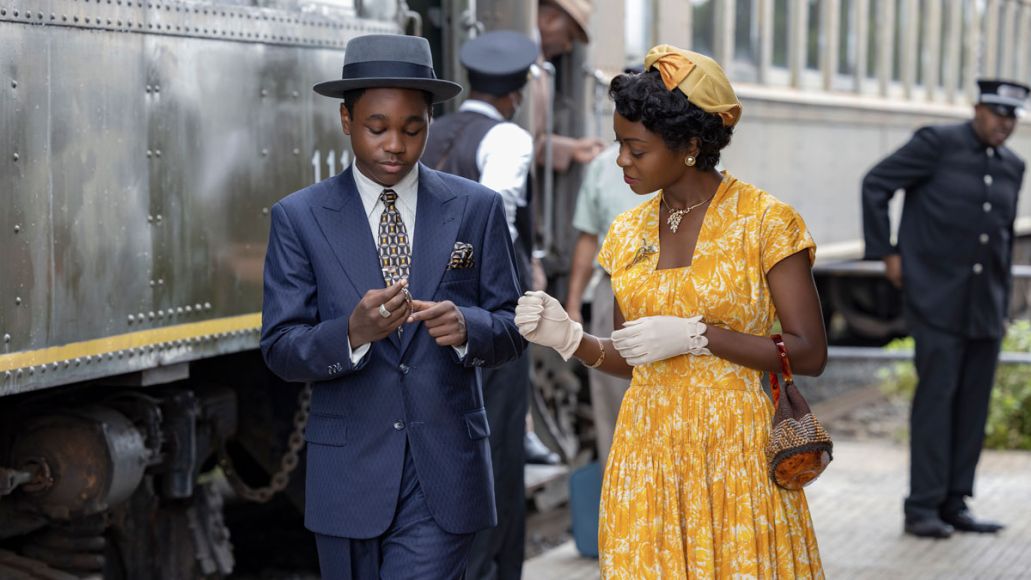