Weird: The Al Yankovic Story is packed with more cameos than you can count on first viewing, as the “Weird” Al Yankovic-style approach to creating a musical biopic (i.e. — a parody of biopics) was able to lean heavily on the iconic musician’s address book to bring in big names.

“All of the ridiculously famous legends came from Weird Al, but it was really fun, going out to all those people,” director Eric Appel tells Consequence. “It was Al personally reaching out to all of them, just showing me this list and saying ‘Hey, here’s all these people that are on my holiday card list — pick from them, I can call them personally.”

Appel’s initial engagement with Yankovic began in 2013, when he made a trailer version of Weird as a Funny or Die exclusive — leaning hard into the tropes of dark and gritty biopics, the “trailer” starred Aaron Paul as Weird Al, Olivia Wilde as Madonna, Patton Oswalt as Dr. Demento, and Yankovic himself as a clueless record executive.

The path from the original trailer to a film that won a People’s Choice Award at the Toronto International Film Festival involved Appel and Yankovic collaborating on a feature-length script, before attaching Daniel Radcliffe to play the famed star. Much like the trailer (but with some key differences), the film depicts young Al becoming a huge star, romancing Madonna (played here by Evan Rachel Wood), and falling into a life of drugs, debauchery, and violence.

Radcliffe’s commitment to the role is absolute, but Appel hadn’t forgotten about his previous star, and there were plans in place for Aaron Paul to make a cameo in the film as a heckler at one of Weird Al’s early shows. Appel says the cameo was inspired by Johnny Depp’s very secretive cameo in 21 Jump Street: “We were going to give him a big beard, because I wanted to make him look like a biker, and for people to say, ‘Wait a second, was that Aaron Paul?’ Or for people to see his name in the credits and have to go back and say, ‘Oh my God, that was Aaron Paul.'”

Unfortunately, this pandemic you might have heard something about got in the way. “He showed up for his fitting and unfortunately tested positive for COVID, and it was such a bummer,” Appel says. (Paul, in an interview with CinemaBlend, said that “I was just out for like 10 solid days. I have never felt more sick in my life. And so we couldn’t do the cameo, which I just absolutely was crushed about.”) 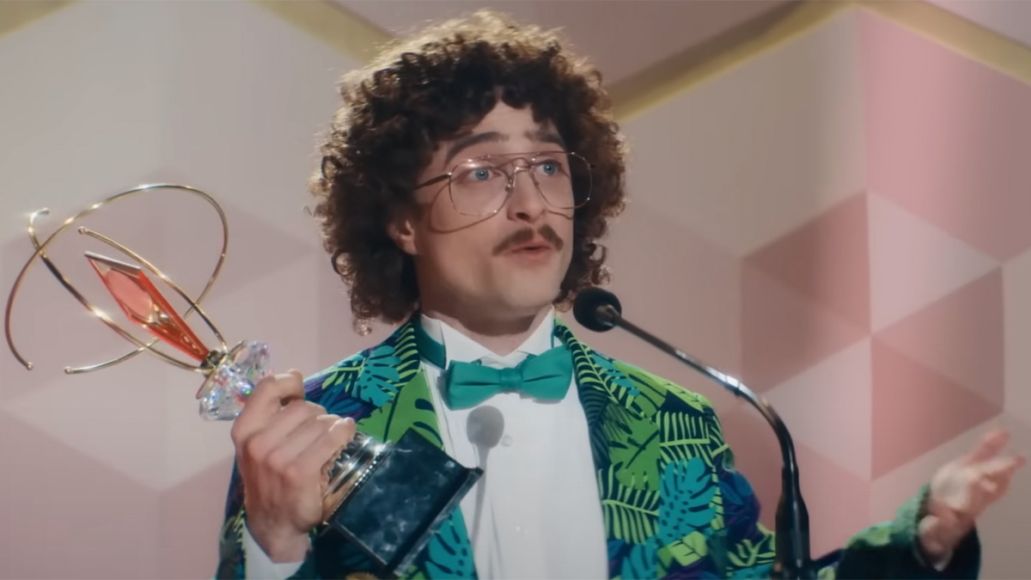 How Weird: The Al Yankovic Story Landed Those Incredible Cameos