The Pitch: A guild of monster hunters gather for the funeral of their leader, Ulysses Bloodstone. The dearly departed himself has set up a challenge to choose his successor: A fearsome creature will be unleashed on the grounds of his manor, and whoever kills the beast will not only become head of the hunters, but gain possession of a powerful relic called (not so incidentally) the Bloodstone.

Amongst the group is Ulysses’ estranged daughter, Elsa (Laura Donnelly), returned after 20 years away to claim her birthright. Also present is a relative stranger, one Jack Russell (Gael García Bernal), who reportedly has over 100 confirmed kills. But one of this party hides a dark and deadly secret that would make them both threat and traitor to the ranks if it were revealed. As darkness falls, monsters are unleashed, and the hunt for the Bloodstone begins.

Macabre Cinematic Universe: Marvel’s first foray into the seasonal special — or Special Presentation — swings in a completely new direction for the franchise. It looks, feels, and sounds different from anything the Marvel Cinematic Universe has presented to date; with the general formula of these blockbusters growing staler with each new addition, that can only be a good thing. That is, if it works.

So let’s get one thing straight right off the bat: Werewolf by Night works. It really works. It could just be the best thing Marvel has released directly to Disney+. In his directorial debut, composer Michael Giacchino creates a loving, cheeky ode to Universal’s classic monster movies that somehow still fits within the MCU. Alongside cinematographer Zoë White, Giacchino captures the unique feel of those black-and-white pictures, right down to the cue marks in the corner of the screen. It’s an effort that should make him a star of the macabre, hopefully leading to more work both within the MCU and horror in general.

The desaturated presentation also allows for more viciousness than you’d expect from Marvel or Disney. While the fight choreography tilts towards typical MCU fisticuffs that could detract from the aesthetic, there are some brutal blood spurts that keep it in grindhouse trappings. Hands are chopped and throats are slit in ways that will make Marvel diehards gasp while satisfying those who appreciate gore with their scares. 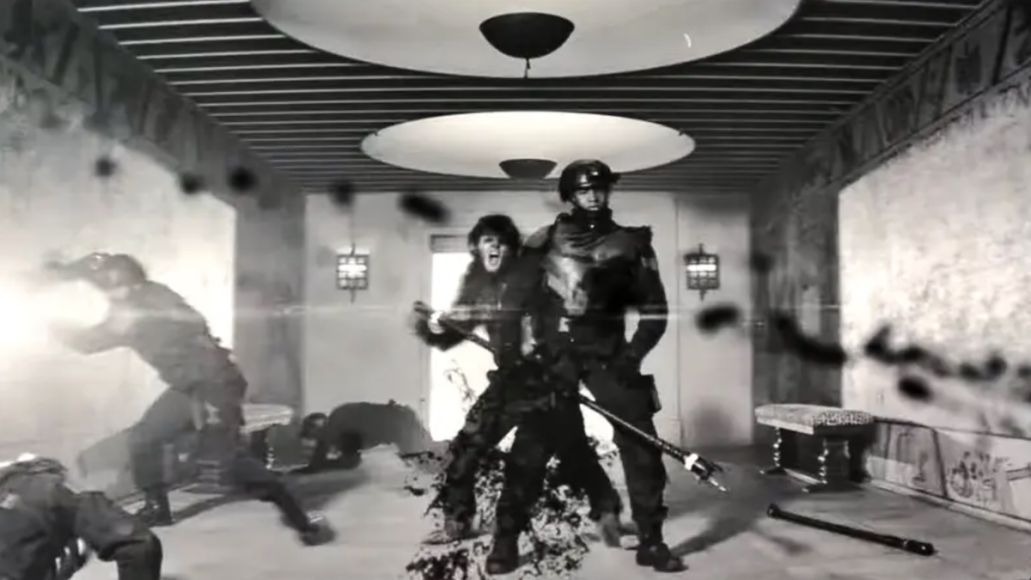 And there’s decent fright to be found, balanced by a fair helping of MCU quips, as is to be expected. Although it doesn’t fully embrace true darkness, Werewolf by Night provides a few solid jump scares and engrossing suspense. True, there’s a bit of a cheat in the lycanthropic transformation, but even that feels like a deliberate choice by Giacchino. It maintains the sense of dread, and prevents a CGI transformation from clashing with the practical effects of the werewolf himself, a design that looks odd and wonderful and shockingly true to the comics.