Each month, Clint Worthington’s What Ever Happened To… catches us up with some of our favorite faces from our pop-culture past. It was updated in November 2022.

We’ve all seen 1983’s A Christmas Story. The Bob Clark-directed holiday tale of little Ralphie and the many misadventures surrounding his ninth Christmas started out as darkly comic counterprogramming to the sunniness of traditional Christmas movies, only to become an annual tradition for most yuletide households.

No one born after 1997 has ever had to seek out A Christmas Story; just walk past any random TV playing TNT on the day itself, and you’ll catch a glimpse of Ralphie shooting his eye out with a Red Ryder BB gun or Darren McGavin marveling at his leg lamp. As you read this, some TV somewhere is probably playing A Christmas Story. It could even be inside your house!

It’s easy to be glib about such an omnipresent Christmas classic, but A Christmas Story is a classic for reasons beyond sheer overexposure – it’s a curiously strong mix of warm nostalgia for ’40s holiday Americana and moments of surprisingly adult cynicism about Christmas commercialism and the dysfunction of bickering families. Key to that is seeing the world through the eyes of little Ralphie, his little brother, Randy, and the friends and bullies who orbit their tinsel-tinged adventures.

Decades years later, A Christmas Story is chugging along, with the new HBO Max movie A Christmas Story Christmas set to continue the story for a new generation. Let’s catch up with Ralphie and the kids, but be careful: you could shoot your eye out. 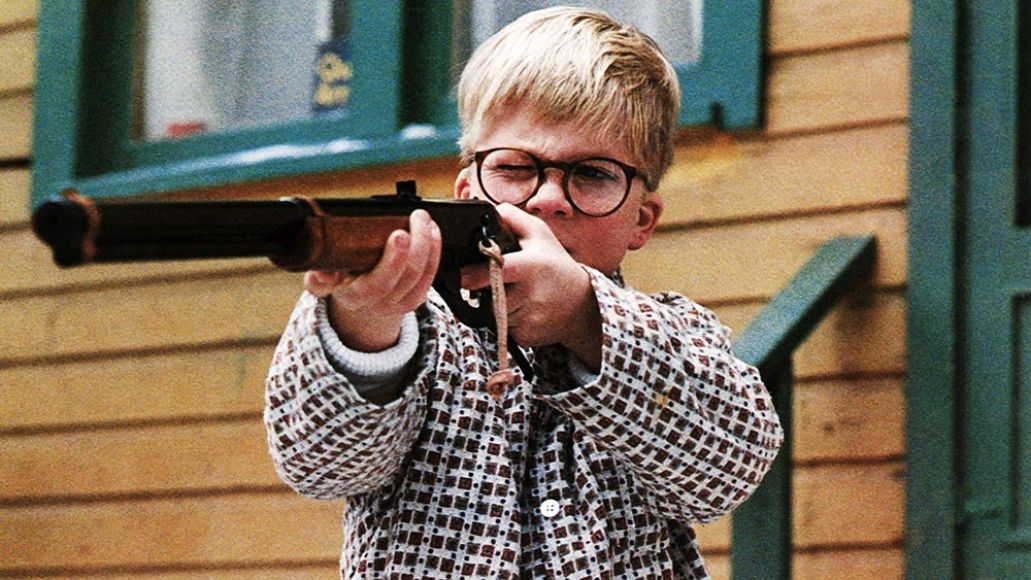 Last Seen: As an actor, his last turn was a small role in the 2013 romantic comedy A Case of You; however, he last directed 2016’s crime thriller Term Life and executive produces the Netflix series F is for Family.

Let’s start with little Ralphie, the avatar for all the hopes, dreams, and disappointments that Christmas can offer. Whether he’s wishing against hope for a Red Ryder BB gun, wailing on Scut Farkus, or enduring a bunny suit made by his Aunt Clara, Ralphie encapsulates the bittersweet struggles of growing up at Christmas for a certain subset of Midwestern white kid.

As for Billingsley himself, after a string of respectable child actor roles in the ‘80s and early ‘90s (including an Emmy-nominated turn in a CBS after-school special called The Writing on the Wall), he made the transition to producing and directing. Since then, he’s found frequent work, particularly with friends/collaborators Jon Favreau and Vince Vaughn; he directed 2009’s Couples Retreat and executive produced Four Christmases and (get this!) the first Iron Man. To this day, he no longer suffers from soap poisoning. 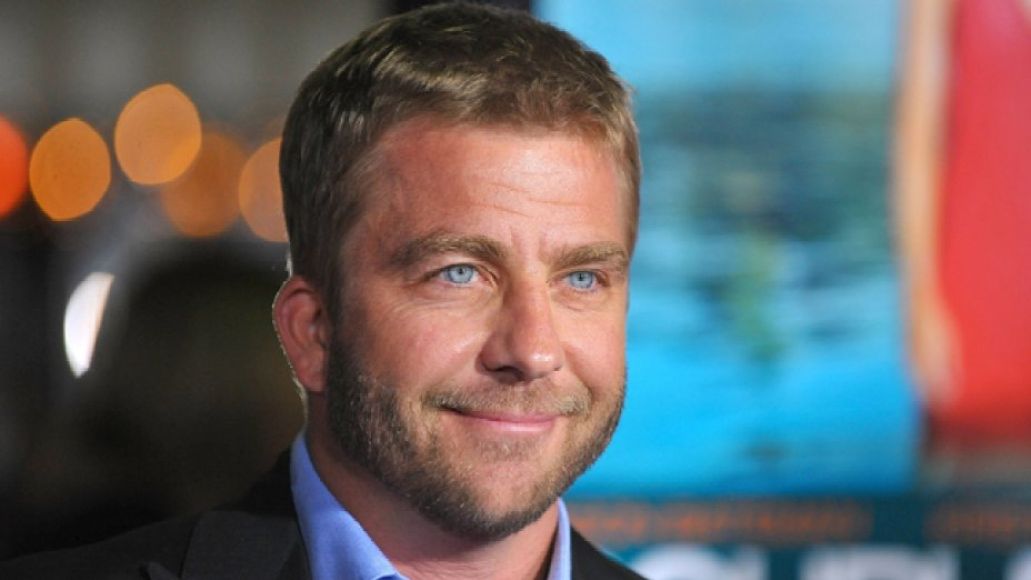 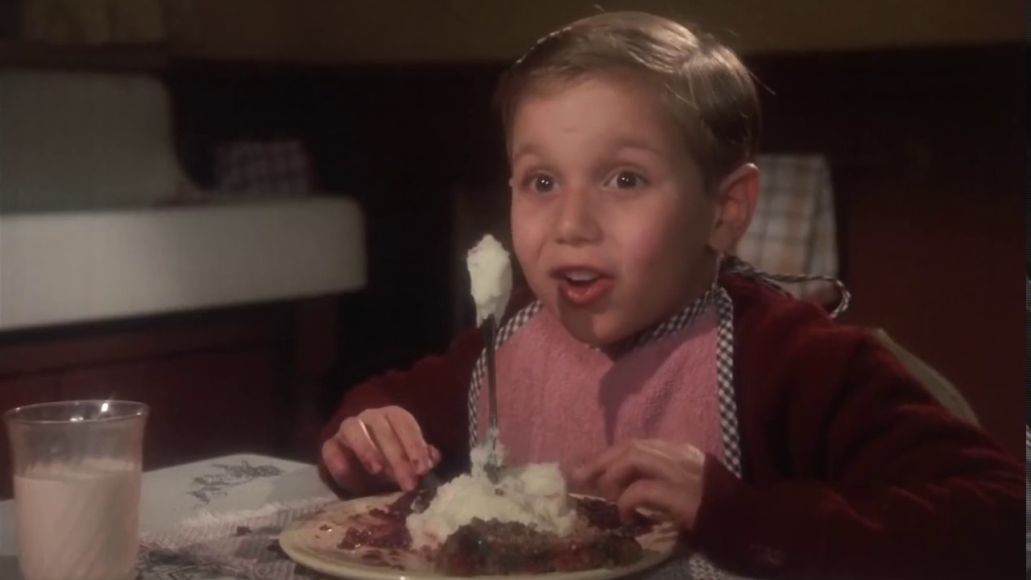 Last Seen: As himself in Quarter Bin, and as a barkeeper in the 2009 series Crafty.

Ralphie’s little brother, Randy, was a bratty, little twerp who loved to show his mom how the little piggies eat, but damn if you didn’t love seeing him fall over after getting too bundled up to put his arms down.

As for Petrella, the actor who played little Randy, he had a string of kid’s roles in TV shows like Diff’rent Strokes and Who’s the Boss? before largely leaving the acting life behind to become a puppeteer and animator in Cleveland. However, during the 2010 Christmas season, he played guest tour guide to the A Christmas Story house, which is also in Cleveland. 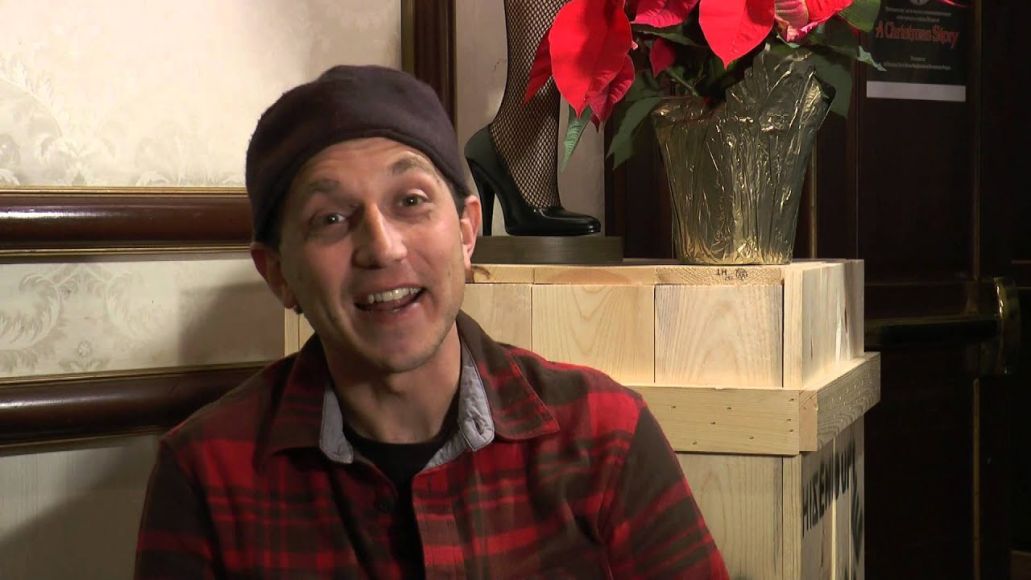 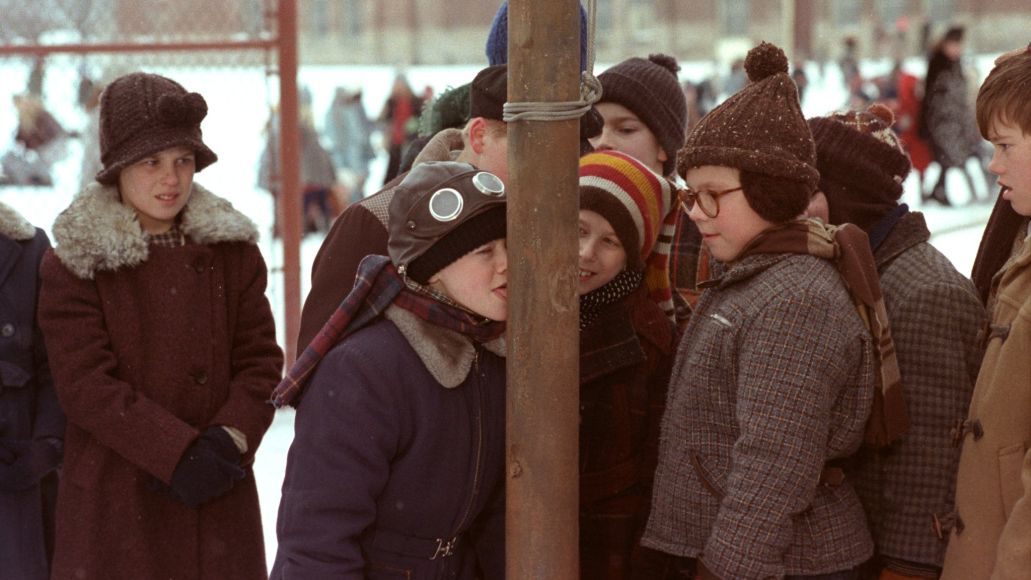 One of A Christmas Story’s most indelible moments is watching neighborhood kid Flick suffer the dreaded “triple dog dare” to stick his tongue to a frozen flagpole. While it was no picnic for Flick, it cemented Scott Schwartz’s character as one of the film’s greatest heroes.

Schwartz himself had already landed a big role in the Richard Pryor movie The Toy prior to this and afterwards worked on 1984’s Kidco and an episode of 21 Jump Street, among other smaller TV and film roles. He’s toiled admirably in Hollywood since then, with his latest role being a prominent turn in next year’s independent thriller The Bend alongside Michael Madsen and Doug Hutchison. 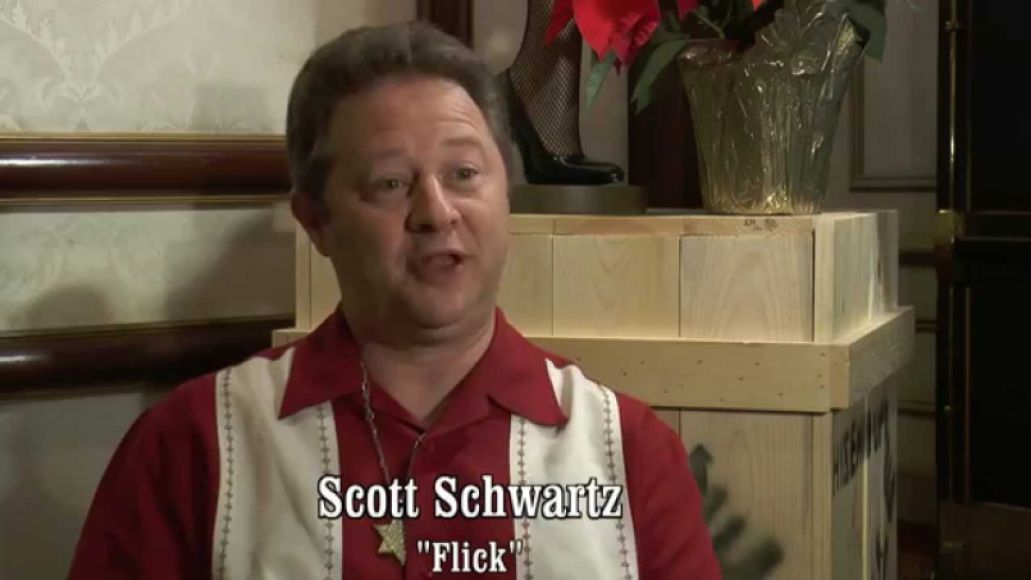 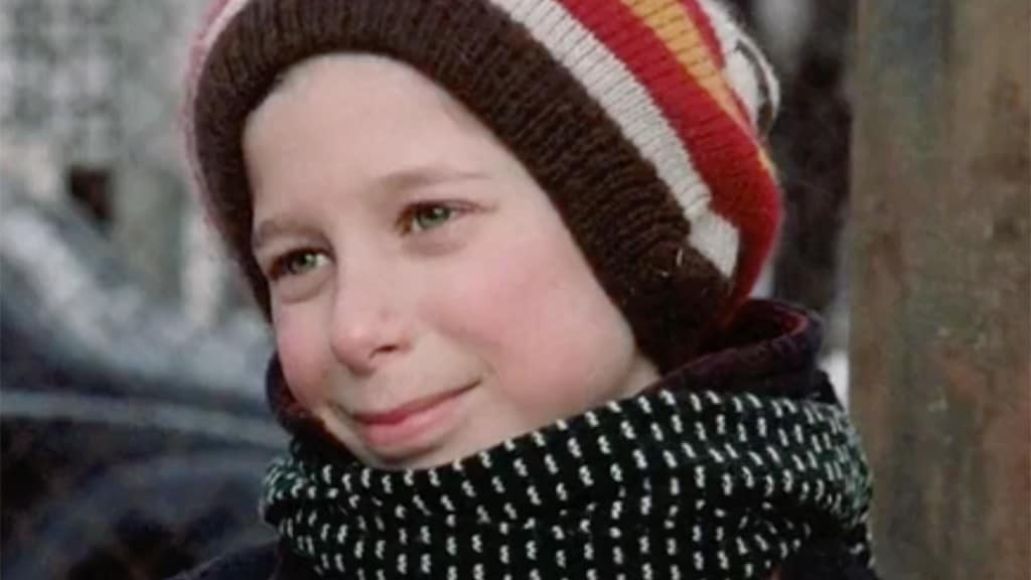 Last Seen: A small guest role on an episode of ABC’s The Goldbergs.

And now, we confusingly move on to the character of Schwartz, who was the deliverer of the triple dog dare to Scott Schwartz’s Flick. (We all caught up?) Like Flick, his most prominent moment comes in the flagpole-licking scene, but he also gets some off-screen misery courtesy of his own mother after Ralphie claims he learned the f-word from him to his mother.

R.D. Robb, who played Schwartz, has maintained a pretty modest presence in Hollywood since then, with guest spots on ER and Touched by an Angel, and a supporting role in Matilda. Most infamously, though, he directed a pre-famous Leonardo DiCaprio and Tobey Maguire in the ensemble indie Don’s Plum, a film that legally cannot be shown in the US or Canada thanks to a 1999 lawsuit both stars filed against him. (Allegedly, the film is available via producer Dale Wheatley if you go to Free Don’s Plum and email him to get a private copy.) 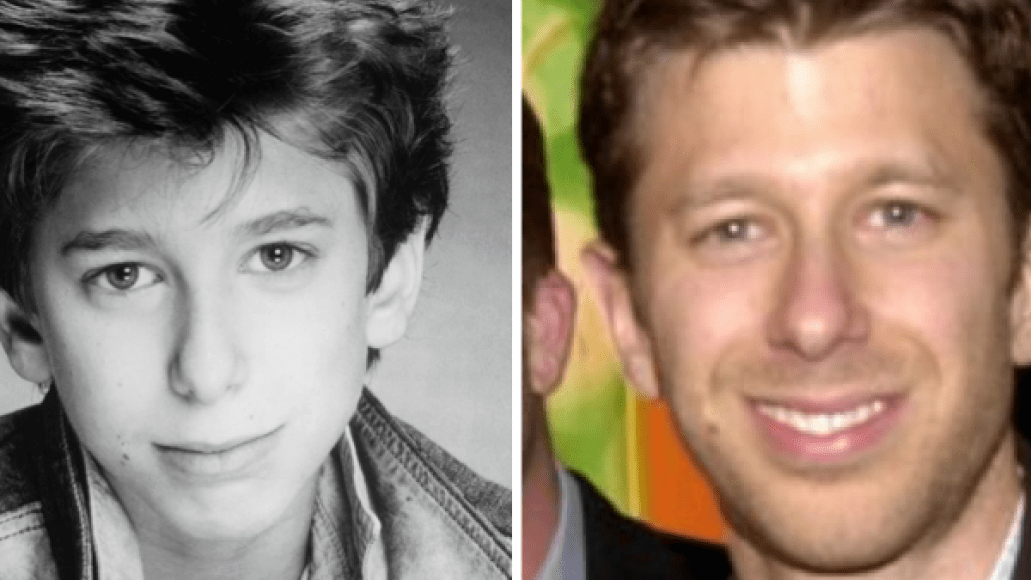 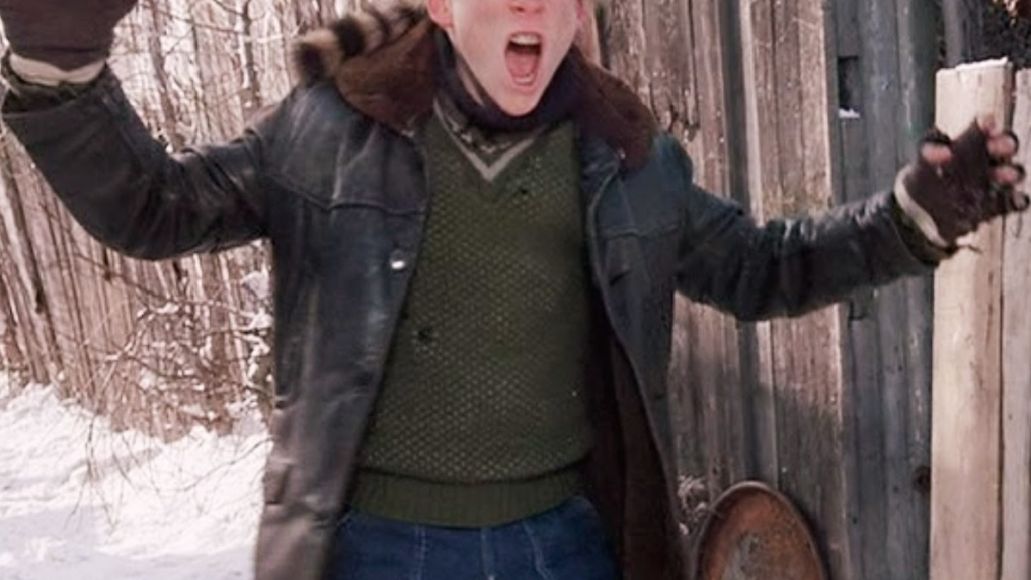 Scut Farkus was the bane of Ralphie’s existence, a merciless ginger bully who delighted in cackling at his prey from under his coonskin cap and behind his braces (and his yellow eyes!). Ralphie going HAM on Scut is one of A Christmas Story’s most beautifully cathartic moments, the viewers getting vicarious justice for everyone who ever bullied them through Ralphie’s full going-postal onslaught.

Some of Billingsley’s success must have rubbed off on Ward, however, who arguably has the largest acting career of the kids on this list. In teenhood, Ward maintained a steady string of prominent TV roles in shows like NYPD Blue and JAG, but his biggest roles at that age likely include Moody Spurgeon in a particularly popular Anne of Green Gables adaptation in the ‘80s. His career got a second start in adulthood as a regular on Christopher Titus’ sitcom, Titus, and in film roles in Resident Evil: Apocalypse and Transformers. 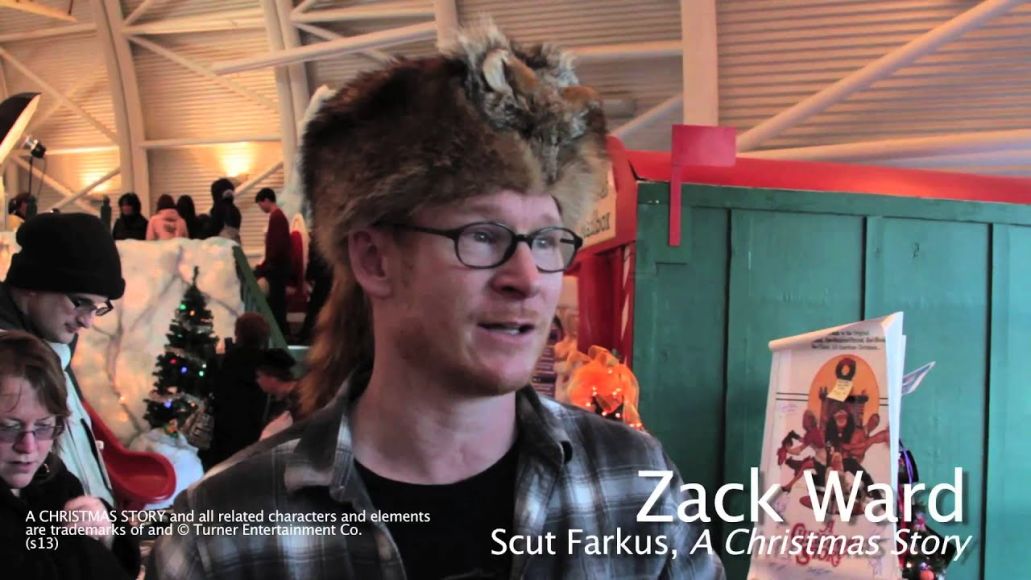 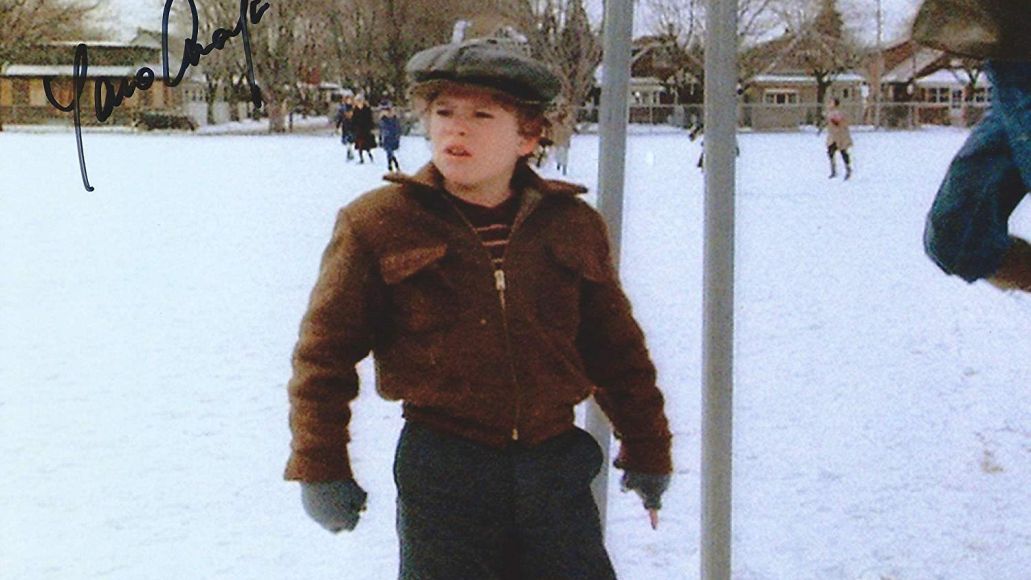 Scut’s “crummy little toadie” Grover Dill also made quite the impression — Ralphie describing him as “mean, rotten, his lips curled over his green teeth.” With his little leather jacket and propensity for shaking his targets down for two dollars, he made the perfect companion for Scot Farkus’ particular brand of schoolyard malice. Of course, he’s helpless to defend his master when Ralphie gets his due, folding like a cheap suit as all toadies do.

Unlike many others on this list, Anaya didn’t stay in Hollywood very long after A Christmas Story; he played a few other small roles (including one of the paperboys in 1985’s Better Off Dead…) before leaving Tinseltown for a more normal life. Nowadays, he lives in Atlanta and works as a personal trainer, at one point becoming the Director of the Personal Training Program at the Atlanta School of Massage. 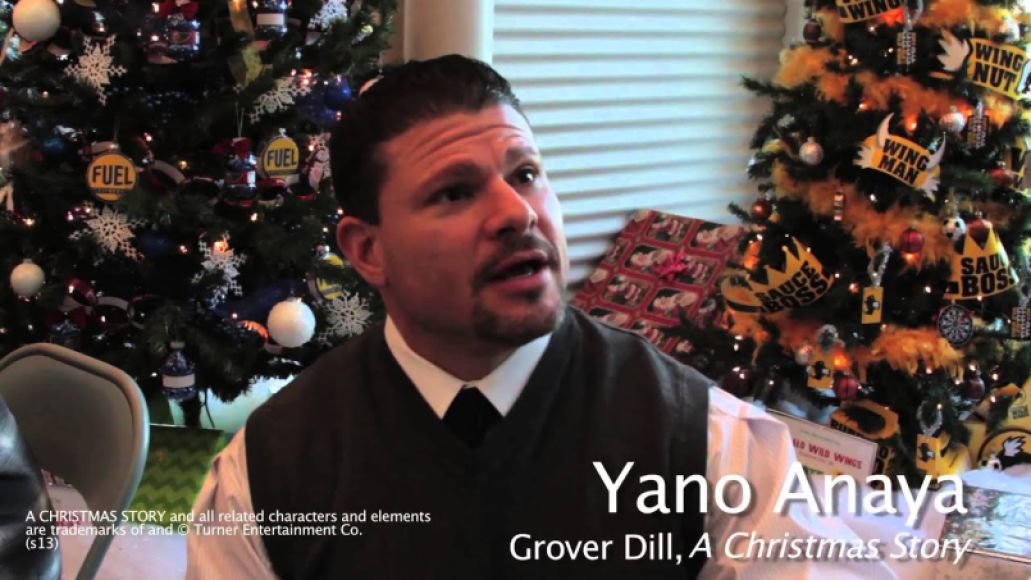 Whatever Happened To: The View

Whatever Happened to Tales from the Crypt?

What Ever Happened to the Cast of Honey, I Shrunk the Kids?

What Ever Happened to the Kids from Nickelodeon's All That?

What Ever Happened to the Kids from A Christmas Story?